Events set for Gowanda’s The Happening

GOWANDA — One of the village’s biggest annual events, The Happening, had its event application approved at the latest village board meeting Tuesday, with even more live music on the line-up and promises of ‘bikes, beer and bands.’

The Happening will take place May 31-June 2 weekend at the Village of Gowanda Municipal Parking Lot, located at 49 West Main Street. Food vendors, live bands and a number of live events will take place throughout the weekend. The music festival/motorcycle rally event is the unofficial kickoff to summer in western New York, annually attracting visitors from numerous states and Canada.

Originally known as the “Harley Happening,” the event was the creation of Randy Rosen. With the help of others at Gowanda Harley-Davidson, Rosen began the “Harley Happening” in 1999 to raise funds for the just-started rehabilitation of Gowanda’s historic Hollywood Theater.

The Gowanda Harley group continued the event through 2006, when the fatigue from the year-round effort forced them to step back. In 2007, the Hollywood Theater board took over the event under the name “Hollywood Happening.” They continued the event through its 20th anniversary in 2018. At that time, with the theater rehabilitation getting close to completion and event fatigue setting in, the Hollywood group also backed away from staging the event.

Still, there were those in the Gowanda community who refused to allow this local highlight of the year fade away. A group of concerned citizens formed around a few people who had been part of the event back to the early years and the event was reborn again, this time simply as The Happening.

With the Hollywood Theater rehab in the home stretch, the current version of The Happening is no longer a theater fund-raiser. Use of the event proceeds is now open to all entities in Gowanda that benefit the community. For 2019, the primary beneficiary will be the Gowanda Volunteer Fire Company Equipment Fund.

One of the main highlights of The Happening will be the Grim Company Stunt Show, which will take place at 1 p.m., 3 p.m. and 5:30 p.m. both Saturday and Sunday. Grim Company is a Harley-Davidson-only motorcycle stunt team, including riders Nick Reynolds, Tony Eisenhauer and Billy Preston.

In addition to the stunt show, there will be a motorcycle parade on Friday night starting at 7 p.m. at Gowanda Harley-Davidson. Sunday at noon will be the Snyder-Farey AllState Agency Bike Show near the main stage.

The Ride-In Bike Show has been replaced with a Virtual to Live version. From now until Sunday, May 12 at 11 p.m., motorcycle owners may enter photos of their bikes by e-mail to Halieck1@Allstate.com.

From Monday, May 13 to Thursday May 23 at 5 p.m. there will be online voting at https://www.facebook.com/halifareyallstateagency/ to find the three favorite motorcycles. During The Happening weekend, there with be live voting to determine the favorite from the finalists.

More additions to the weekend are still pending. The Hollywood Theater will be open to the public and is working on activities/projects for that weekend.

From 4 to 5 p.m. on Saturday, the main stage will host The Wicked Glen Tattoo Contest. Categories include: Best Full Back, Best Sleeve, Best Color, Best Black & Grey, Best Portrait, Best Character and Best Overall, for which the grand prize winner will receive $200 cash and a commemorative bottle opener.

There will also be a cornhole tournament on Sunday from noon to 4 p.m. next to the main stage.

Bands for Sunday include: Bad Management from noon to 1:30 p.m., Ken Cornell and the Country Poor Boys from 2 to 4 p.m. and Big Tone Band will close out the evening from 4:30 p.m. to 6:55 p.m. before the closing ceremonies and final drawings.

The Happening is presented by Gowanda Harley-Davidson and thanks Gabel Bros. Furniture and Appliances for their support. For more information, go to https://www.gowandahappening.com/. There is also a Facebook page at https://www.facebook.com/GowandaHappening/. 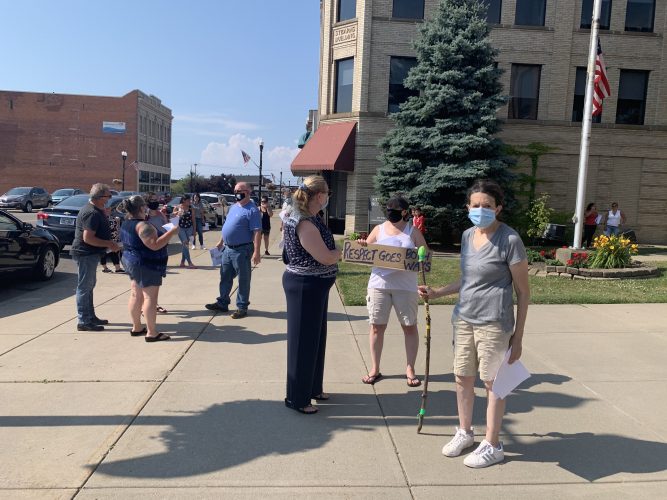