Dems keep hold of board in Fredonia 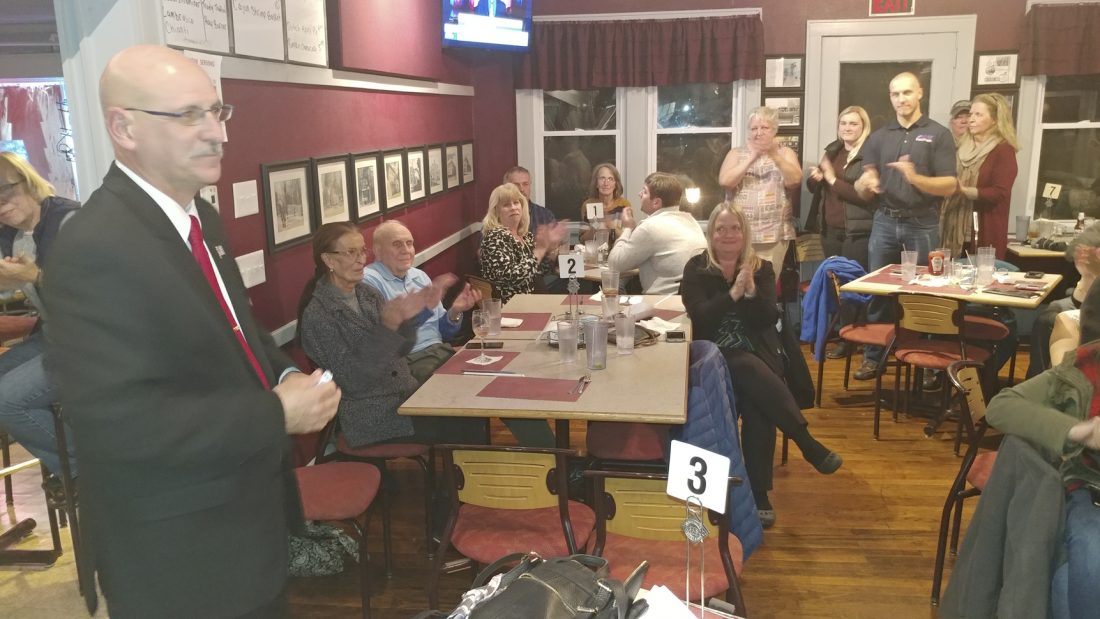 Fredonia elected Republican Douglas Essek as its mayor Tuesday, but elevated all three Democratic candidates for village trustee above their Republican opponents.

Unofficial results from the Chautauqua County Board of Elections have Essek, currently a village trustee, beating incumbent mayor Athanasia Landis, a Democrat, by a tally of 1,251 votes to 1,113.

In the six-person trustees’ race, where residents were to vote for any three candidates, Roger Pacos won the most votes with 1,511. Incumbents Kara Christina and James Lynden won re-election, garnering 1,304 votes and 1,171 votes, respectively. Republican Vicky Cunningham was in fourth place at 1,069 votes, while fellow Republicans Dale Ricker and Roland Rose came in fifth and sixth. Ricker received 883 votes while Rose gathered 766.

The Republican candidates and some of their supporters gathered at the Liberty restaurant in Fredonia Tuesday night. Essek flashed a “thumbs up” and a big smile about 10 p.m., when it became evident he was headed to victory. The crowd quieted as he made a short speech.

“We’re in the winner’s circle, here, folks,” he announced to loud cheers. “I am humbled an honored to have been chosen by the voters of the village of Fredonia to be their next mayor. I look forward to working together as a team with a new board, our administration, the citizens, the surrounding leaders, to tackle all that we face. 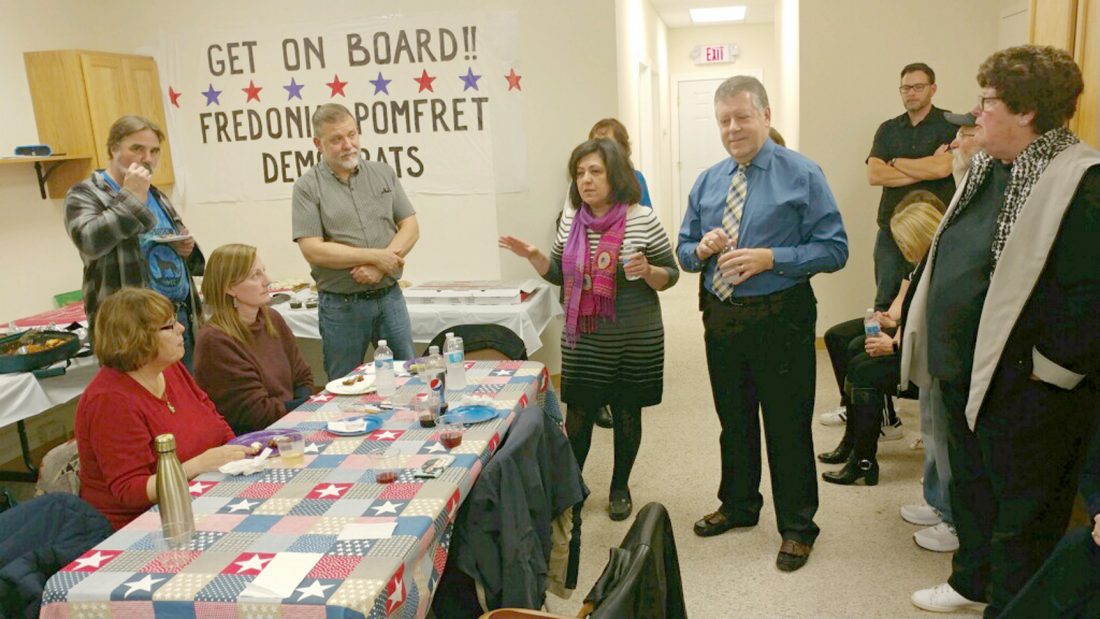 “Starting January 1st, 2020, we will have a new vision, a government that works for you,” he added.

Essek then thanked people for their help in the campaign, He mentioned his sister-in-law Nancy Miller, “who kept me in line and kept me grounded,” fellow Republican candidates, his family and his wife, Julie, whom he said was “by my side from the beginning as my campaign chairperson, treasurer and event planner. I could have not done this without you.”

Landis and other Democrats held court at a rented storefront on West Main Street that has acted as the Fredonia-Pomfret Democrats’ headquarters during the campaign.

The OBSERVER visited about 9:15 p.m., well before the results were announced.

“Win or lose, it’s fine, but I wanna win tonight,” Landis told the crowd before the results. “Campaigning was an excellent experience. I’m so honored because most of those people asked us to come inside their homes and gave us cookies and talked to us.”

“I wouldn’t change it for the world,” she continued. “Even some criticism that came out of nowhere, that was welcome, too. I just want to say thank you very much. Thank you for the messages, thank you for going out to talk about us.”

She said of Essek, “The only thing he had to run on was working less than me. Well, if the people of the village want that, they will have it.”