BROCTON – The ladies of the Brocton Preceptor Beta Epsilon Sorority met Tuesday evening, Sept. 27 at the home of Janice Hipwell with Gena Hesslink serving as co-hostess.

A note was received from the Marmaduke Committee thanking members for their purchase of a brick for the area around the new Brad Anderson/Marmaduke statue.

The group also voted to make a donation to the Fredonia Opera House.

Several ideas for upcoming socials for the month of October were discussed and definite plans will be made at the next meeting.

The Hosta garden tour was cancelled until spring.

Members discussed having two meetings in November instead of one in case of bad weather in the winter and perhaps having to cancel a meeting. It was decided to go ahead and schedule two meetings for that month.

Nancy Smith gave a program on the differences between a village and a town, and these were discussed among members.

The next meeting will be held on Tuesday at 6:30 at Roxanne Fisk’s home in Fredonia. Margie Boltz will serve as co-hostess and Lois Smith will give the evening’s program.

The Chautauqua County Sheriff’s Office said it will commence a speed enforcement blitz Thursday as part of ...

In an effort to say thank you, Blessed Mary Angela Parish is offering a $1 discount for everyone who purchases ... 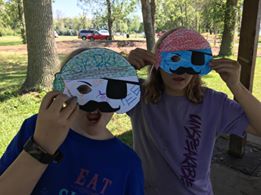