President Jim Bickhart opened the meeting with the Pledge of Allegiance, followed by a moment of silence for deceased steelworkers and S.O.A.R. members.

A report was given of a S.O.A.R. meeting held at the USW District office in Buffalo. International SOAR president Bill Pienta conducted the proceedings.

It was announced that S.O.A.R. had become affiliated with the International Alliance of Retired Americans.

Support was given to HR 6929, a bill strengthening Social Security. It is meant to improve benefits for the 62 million Americans now on Social Security, and make the system more solvent for many years to come.

President Bickhart stated that there were 49 members in the local chapter, and letters were sent to 15 new retirees, which included a meeting schedule, and hearing test instructions.

The local chapter also announced support of Marty Bamonto, a candidate for the City of Dunkirk’s 2nd ward, and a steelworker.

The next meeting is scheduled to be held at noon on May 28 at the Union Hall. All retirees are invited to attend. 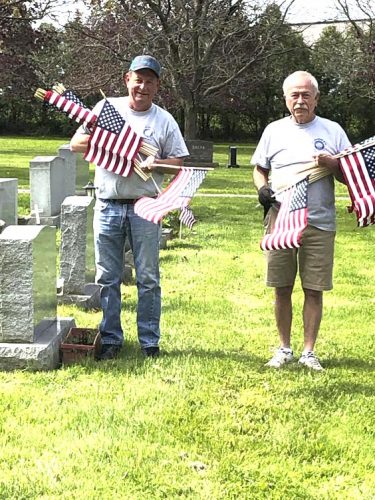