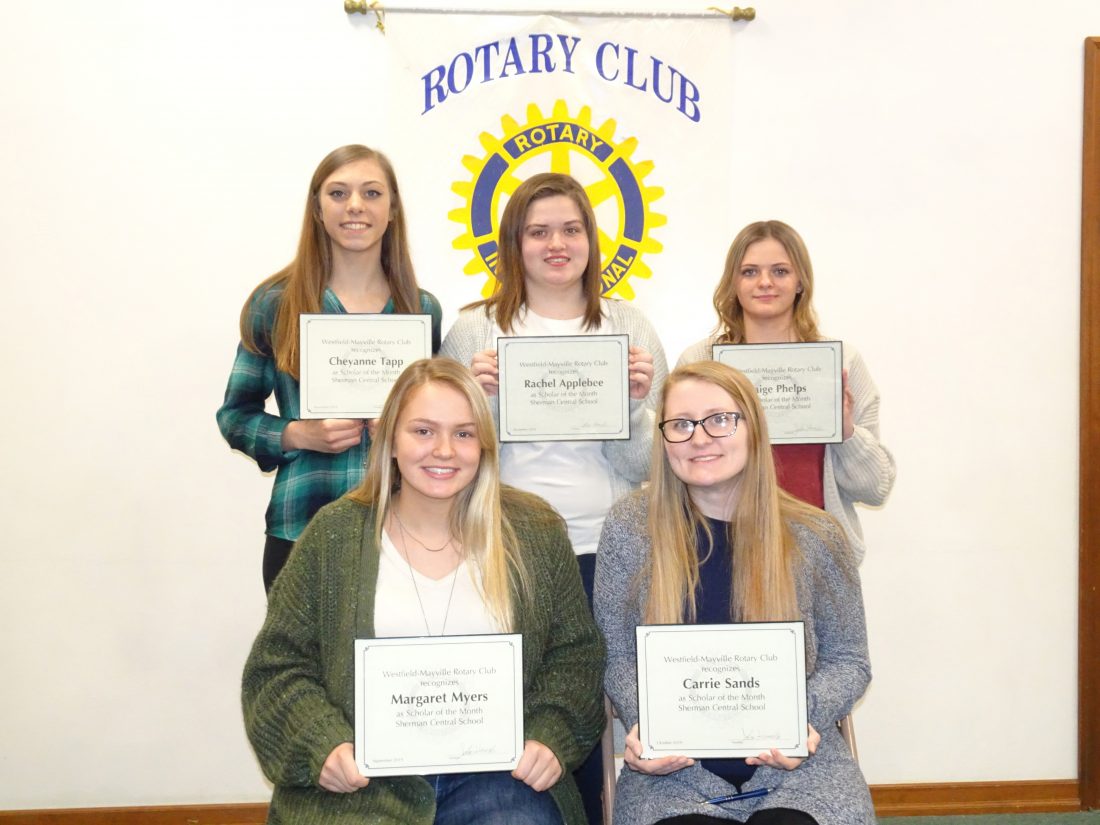 Submitted photo Sherman Central School seniors (seated, left to right) Margaret Myers, Carrie Sands, (standing, left to right) Cheyanne Tapp, Rachel Applebee and Paige Phelps were recognized as Scholars of the Month for the months of Dec. through Jan by the Westfield-Mayville Rotary Club at its Jan. 7 meeting, which was held at the Lakeshore Assembly of God Church in Westfield.

Five high school senior students were given the distinction of being “Scholars of the Month,” one for each month of Sept. through Dec. 2019 and also for Jan. 2020, by the Rotary Club of Westfield-Mayville. The five scholars were Margaret Myers, Carrie Sands, Cheyanne Tapp, Rachel Applebee and Paige Phelps. The honorees were recognized during the program portion of this Rotary club’s Jan. 7 meeting, which was held at the Lakeshore Assembly of God Church in Westfield.

Then, Smith and fellow Rotarians Sheila Chapman, Barbara Fay and Luci Petrella took turns introducing each of the scholars and outlining some of their many accomplishments. The seniors each stated their post-high school graduation plans. Club President Hamels congratulated the scholars, and each was given a framed certificate and a pen.

Margaret Myers, the September scholar, is the daughter of Sharyn and Carl Myers of Sherman. She is currently academically ranked fourth in her class, and she has been on the honor roll every quarter but three since fifth grade. Myers is the secretary of her class, and has been for the past three years. Also, this year, for the first time, she is a member of student council and is on the yearbook staff. She was in choir for three years, and has been a member of Students Against Destruction Decisions (SADD).

Sports are an important part of Myers’ high school experience. She has played high school volleyball, basketball and softball. In basketball, she played two years modified, one year of junior varsity and three years of varsity.

After high school, Myers has been accepted to SUNY Fredonia, Wells College and Hilbert College. She plans to attend one of these, where she will major in accounting and mathematics, areas in which she is skilled and interested. She plans to engage in a work study program to offset her college expenses, and she also hopes to play college basketball.

Carrie Sands, the October scholar, is the daughter of Deanna and Michael Sands of Sherman. She is academically ranked fifth in her class, has been an honor roll student throughout most of her high school years, and she has always had above a 90% GPA at the end of each year. Sands is a member of the Sherman Central School Chapter of the National Honor Society.

Sands has played basketball since middle school, and in her freshman year she was promoted to the varsity team. She has maintained her great grades, while being an athlete. Also, she is a member of SADD, and she tries to attend FCS, which is a school Christian group. Beyond the school setting, Sands participates in basketball, and she loves being with her family and friends, as much as possible. She says that she praises God, reads her Bible every day, and daily gives thanks for a new day.

After high school, Sands plans to attend either Edinboro University or Penn State Behrend College to pursue a degree in either business or teaching. As of now, she is undecided about playing basketball during her college years, and she has not yet determined her future career.

Cheyanne Tapp, the November scholar, is the daughter of Bill and Jennifer Haskins of Clymer. Currently academically ranked sixth in her class, Tapp will be graduating with a Regents Diploma in June of 2020. She enjoys taking higher level art classes at Sherman, and she also attends Hewes BOCES for Cosmetology.

Tapp is a member of both the Sherman Central School Chapter of the National Honor Society and the National Technical Honor Society. She was honored with the Key Award from Elmira College, an award of merit presented to outstanding students in their high school junior year, for her community and school leadership. Also, Tapp volunteers in the kindergarten classrooms on a daily basis, and she works one-on-one with students who need additional support in reading.

Following her high school graduation, Tapp plans to attend Jamestown Community College for its associate degree program in Radiologic Technology. In the future, she hopes to work with children.

Rachel Applebee, the December scholar, is the daughter of Bill and Denise Applebee of Sherman. This scholar, who is currently academically ranked seventh in her class, will graduate in June of 2020 with a Regents Diploma. At Sherman Central School, Applebee “enjoys taking art classes with Mrs. Hawkins.” Also, she attends Hewes BOCES for its Health Careers program.

Applebee is a member of the softball team, and she is an avid fan of all Sherman Wildcat sports. She has participated in band, choir and the school’s production of “The Wizard of Oz.” Last year, Applebee was presented with the Key Award from Elmira College for her leadership activities.

Outside of school, Applebee works at Peek’n Peak Resort. She is interested in dirt track racing, snowmobiling and football. After high school, she intends to find gainful employment and enter the workforce.

Paige Phelps, the January scholar, is the daughter of Stacy Phelps and Bob Kubiak. She resides with her mother in Sherman. Phelps, who is also academically ranked seventh in her class, has been a merit roll student throughout her entire high school career. Plus, she has twice achieved honor roll status. She has always maintained a GPA above 85.

During her 7th through 11th grade years, Phelps has played basketball. In 7th and 8th grade she was on the softball team. Also, she was a member of choir for two years and band for one year. Her pastimes include “hanging out with her friends and family,” and “going on fund adventures with her friends,” as she is “always up to trying something new.”

Following high school, Phelps plans to attend either Mercyhurst University or Mount St. Mary’s University to pursue a degree in either nursing or dental hygiene.

The Rotary Club of Westfield-Mayville proudly congratulates Sherman Central School seniors Margaret Myers, Carrie Sands, Cheyanne Tapp, Rachel Applebee and Paige Phelps on their many outstanding academic, athletic and extracurricular accomplishments, and it wishes all of them great success as they finish high school and go into the future! 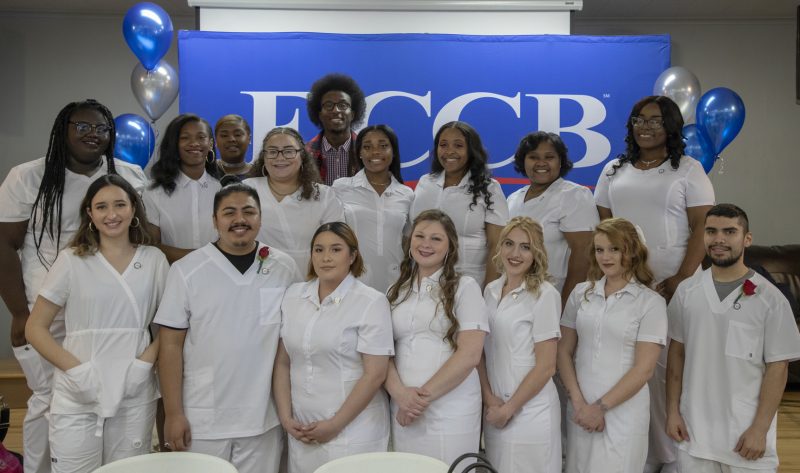 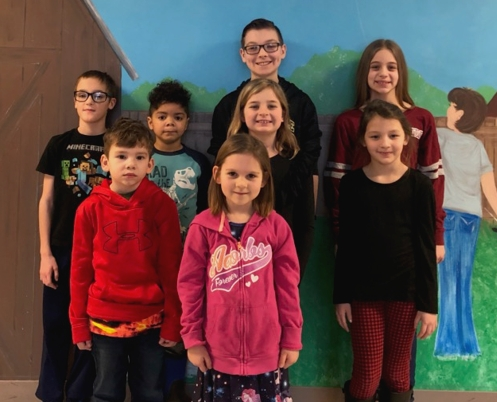