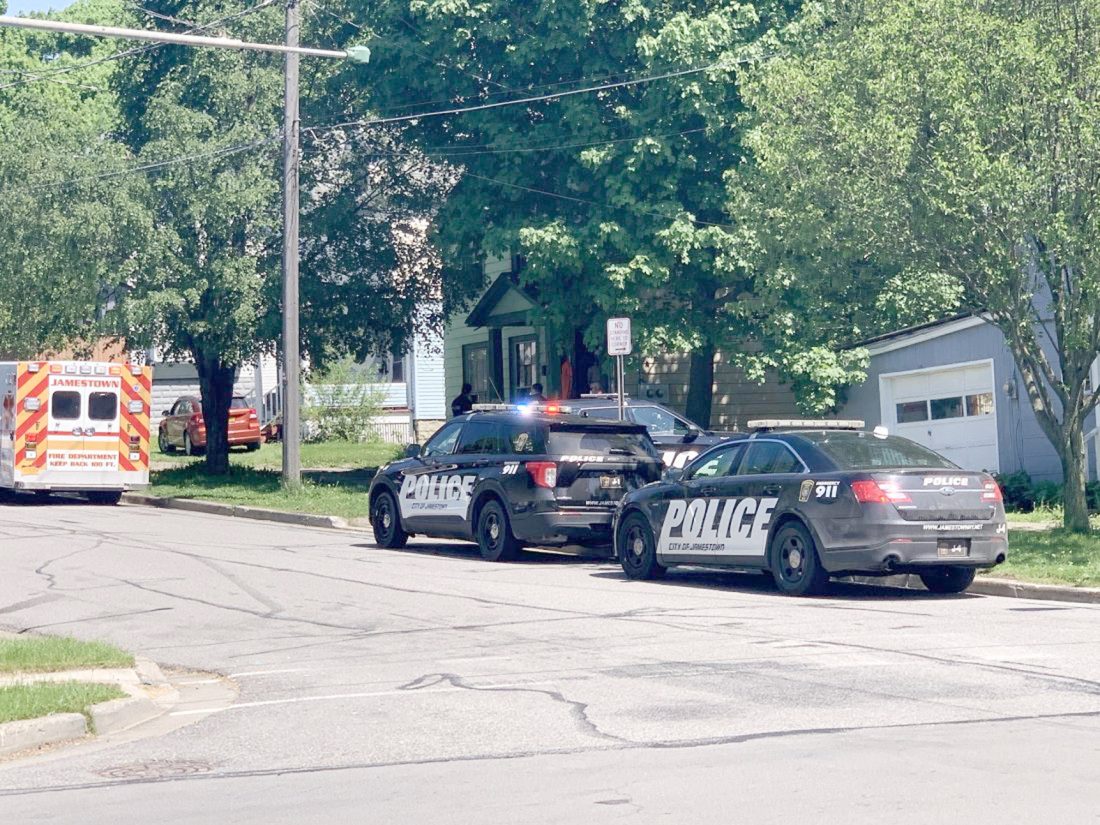 P-J photo by Eric Tichy Police are pictured at the scene of a stabbing Tuesday afternoon. A Jamestown man is facing charges in the incident.

The victim was transported to UPMC Chautauqua for treatment of non-life-threatening injuries, the Jamestown Police Department said in a news release.

An investigation found that Buckley allegedly entered the residence, “started an altercation with the victim and then stabbed the victim,” JPD said.

The city man was located a short time later and taken into custody. He was being held pending arraignment on charges of second-degree assault and first-degree burglary.

Domestic dispute leads to charges in Jamestown JAMESTOWN —A city man has been arrested in connection with a ...

Chautauqua County Sheriff WESTFIELD — A Ripley resident has been charged in a burglary on June 22. Michael S ...