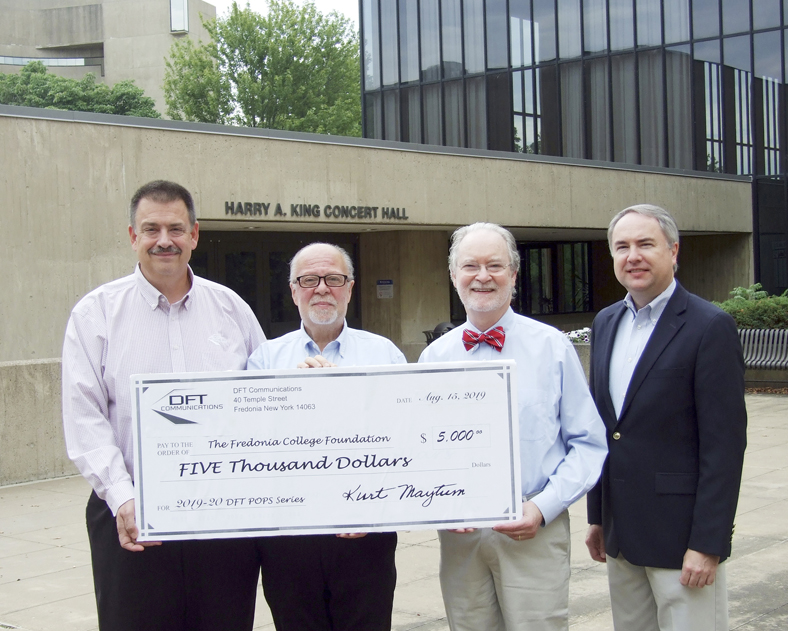 For the 13th consecutive season, DFT Communications returns as the pops series sponsor for Rockefeller Arts Center at the State University of New York at Fredonia.

DFT Communications provides phone and Internet service to the Dunkirk, Fredonia, Cassadaga and Jamestown areas. Founded in 1898 in Arthur R. Maytum’s grocery store, DFT has been serving the Dunkirk and Fredonia area for 121 years.

The DFT Communications Pops Series opens this Saturday, Sept. 21 with “The 50th Anniversary Gala Pops Concert” at 7:30 p.m. in King Concert Hall. This special concert celebrates a half century of performances at the oldest and original performing arts center in the SUNY system.

The concert will feature music from “Wicked,” “Phantom of the Opera,” “Les Miserables,” “Hello Dolly,” “La Cage Aux Folles,” “Guys and Dolls” and Off-Broadway hits “Avenue Q” and Andrew Lippa’s “The Wild Party.” Big band and jazz standards will include “Come Fly with Me,” “Mack the Knife,” “Fever,” “The Lady is a Tramp” and “How High the Moon.”

Other events in the 2019-20 DFT Communications Pops Series include:

¯ “Commencement-Eve Pops: Salute to the Big Apple” on Friday, May 15 at 7:30 p.m. in King Concert Hall. From Duke Ellington’s classic “Take the A Train” and Frank Sinatra’s iconic “New York, New York” to Billy Joel’s “New York State of Mind” and Weather Report’s “Bird land,” more than 3,000 songs have been written about New York City or one of its famous landmarks. Twenty of the most-loved such tunes will be chosen for Rockefeller Arts Center’s 2020 Commencement-Eve concert. The show, which is a Fredonia tradition spanning almost three decades, will feature a dozen of Fredonia’s most talented student singers and dancers, backed up by the 19-piece Fredonia Jazz Orchestra directed by Dr. Nick Weiser.

Tickets to events in the DFT Communications Pops Series are available through the Campus Ticket Office in the Williams Center (673-3501) or fredonia.edu/tickets. 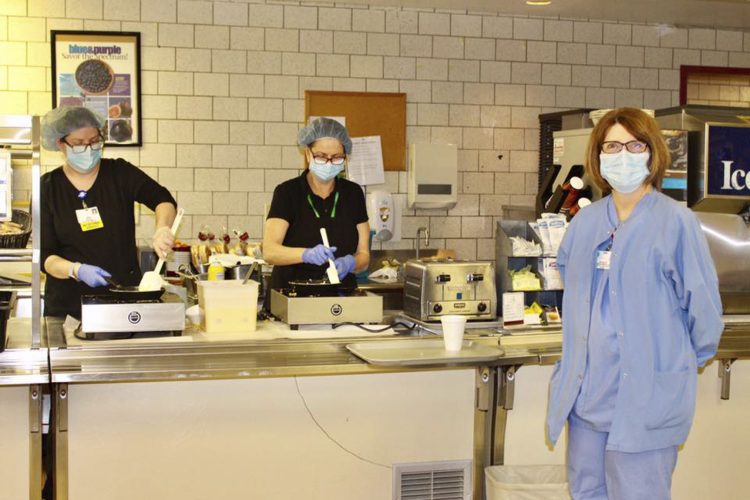