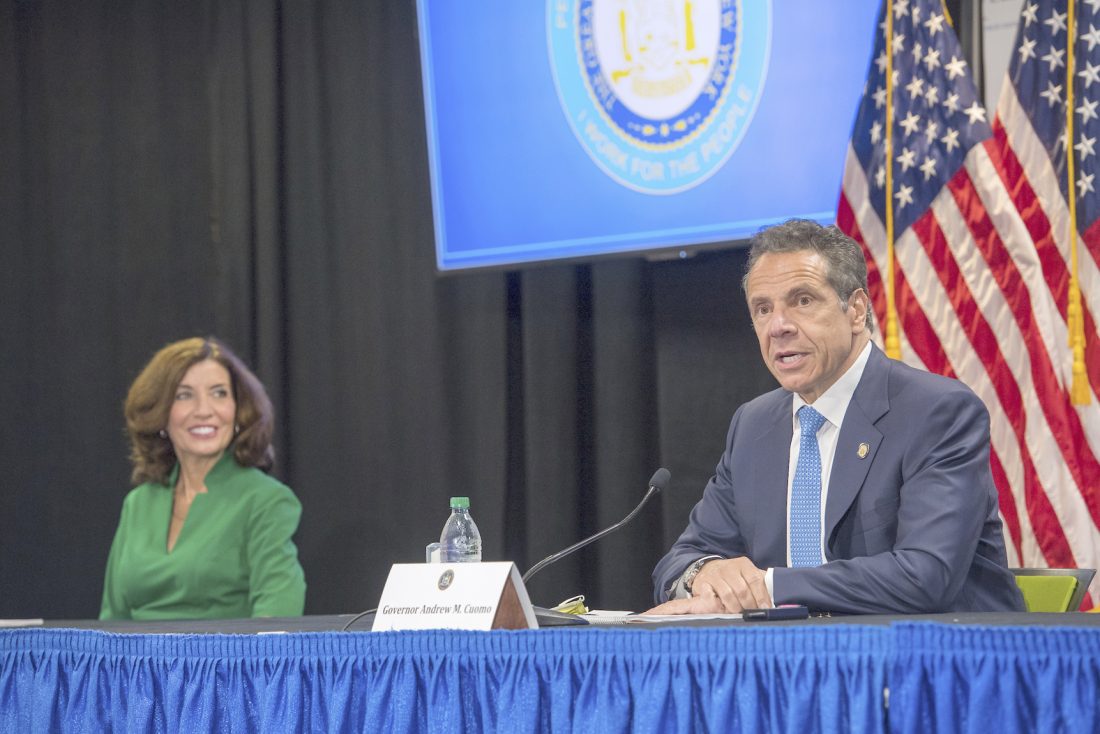 NEW YORK (AP) — Most New York City students will return to their physical schools two or three days a week and learn online the rest of the time under a plan announced Wednesday by Mayor Bill de Blasio, who said schools can’t accommodate all their students at any one time and maintain safe social distancing.

“Most schools will not be able to have all their kids in school at the same time,” de Blasio said.

De Blasio said parents will have the option of online-only instruction for their children, but he said 75% of parents who answered a survey want their children in school in September.

Gov. Andrew Cuomo, who has clashed with de Blasio repeatedly over control of the city’s schools and other issues, said all school districts statewide must submit plans for reopening by July 31 and state officials will decide in the first week of August whether to accept the plans and whether schools will reopen at all.

“They can submit a plan, the plan will be reviewed and then we will accept or deny the specific plan or ask for alterations on the specific plan and then make a global decision as to whether or not any school district will reopen and that will be the first week of August,” said Cuomo, who held a press conference in New York City shortly after de Blasio’s briefing.

It is easy for some to read about the concerns of county Legislator Terry Niebel, R-Sheridan, regarding mail-in ...