OBSERVER photo The Chautauqua Rails to Trails is pictured off Woleben Road in the town of Portland.

New information regarding the still-unidentified remains of a woman discovered more than a year ago in the town of Portland has been released by the Chautauqua County Sheriff’s Office.

On Tuesday, the department said the victim had been buried near a trail off Woleben Road in Portland since 2011 “or earlier.”

Photographs of the clothes worn by the woman also were released.

The woman was discovered by hikers Sept. 26, 2021. The following day, another set of remains were found — and later identified as Marquita Mull — a Buffalo woman previously reported missing.

For the first time, the Sheriff’s Office has described the unidentified female victim as being between 15 and 35 years old and between 4 feet, 11 inches and 5 feet, 7 inches.

The clothes, the department said based on research, indicate they were first sold in the early 1990s. She was recovered in a striped shirt made by Jacque & KoKo

“The Chautauqua County Sheriff’s Office is looking for anyone who can recognize the clothing or has any knowledge of a missing person who might have been wearing this clothing,” the department said.

An earthquake, with a magnitude of 3.8, has been reported in Western New York. It hit around 6:15 a.m. reportedly ... 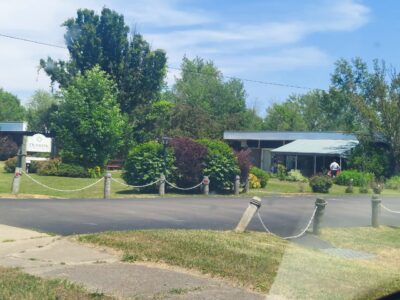