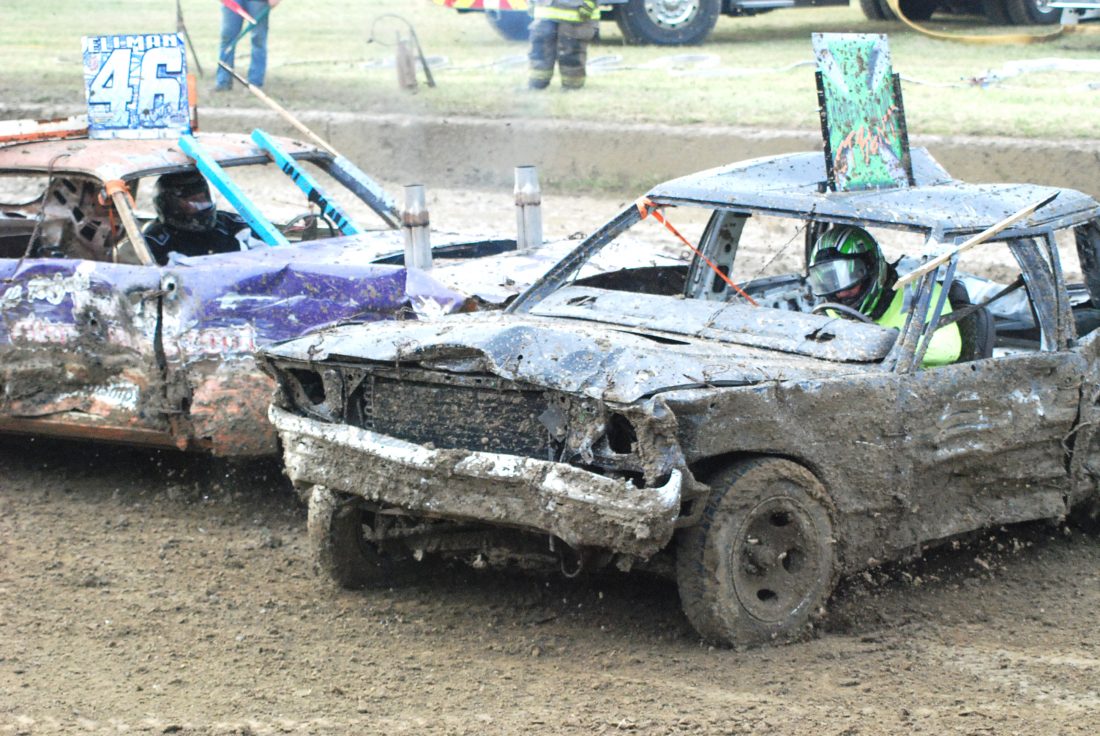 Todd Ellman (left) crashes into a competitor in the first heat of the Demolition Derby at the Chautauqua County Fair on Tuesday night. Ellman ended up finishing second place in this heat.

Chuck Dillenburg’s name has been on the competitors board of the Demolition Derby at the Chautauqua County fair for the last 40 years. Dillenburg took second place in the Wire Compact heat, which was second heat of the evening, and while that may not normally be a completely satisfying finish, Dillenburg was more than happy taking the back seat to the heat’s victor.

Dillenburg’s daughter Emily, in her eighth year of competition, took first place in the heat, just edging out her dad.

“I was almost going to shut the car off for him,” said Emily Dillenburg.

Both Emily and Chuck think they have only ever been in the same heat three times, and prior to this, had never taken first and second.

Despite both her and her dad’s success in these events, Emily Dillenburg still has some nerves. 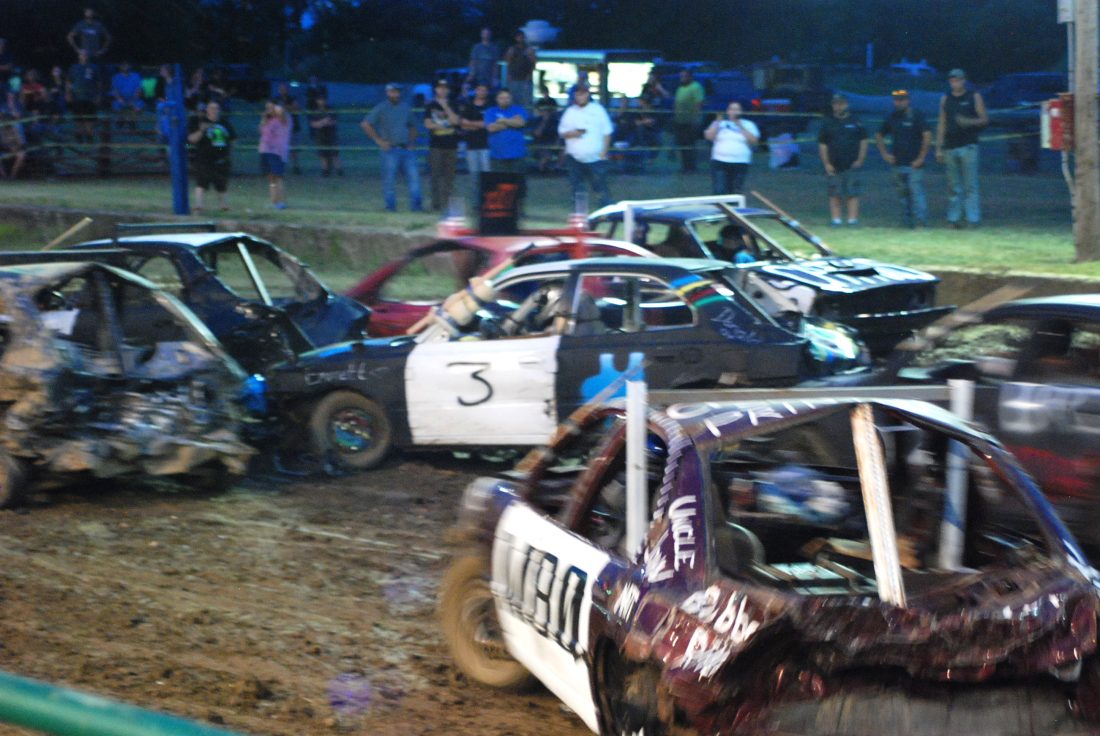 One of the initial collisions in the fourth and final heat of the Demolition Derby on Tuesday night. Jason White went on to win the heat, beating Johnathan Skrok and Mike Deering on the way to victory.

“I always feel like I’m going to barf before it starts,” Emily Dillenburg said.

Chuck Dillenburg meanwhile feels nothing but proud of his daughter.

“Taking second to my daughter couldn’t be any better,” said Chuck Dillenburg, smiling.

The familial ties didn’t stop there though, as in the following heat, the Pro Stock Full heat, Pat Smith, also in his 40th year of competing, edged out his son Nate to take first place. The two put on quite the show as they came down to the last two standing. 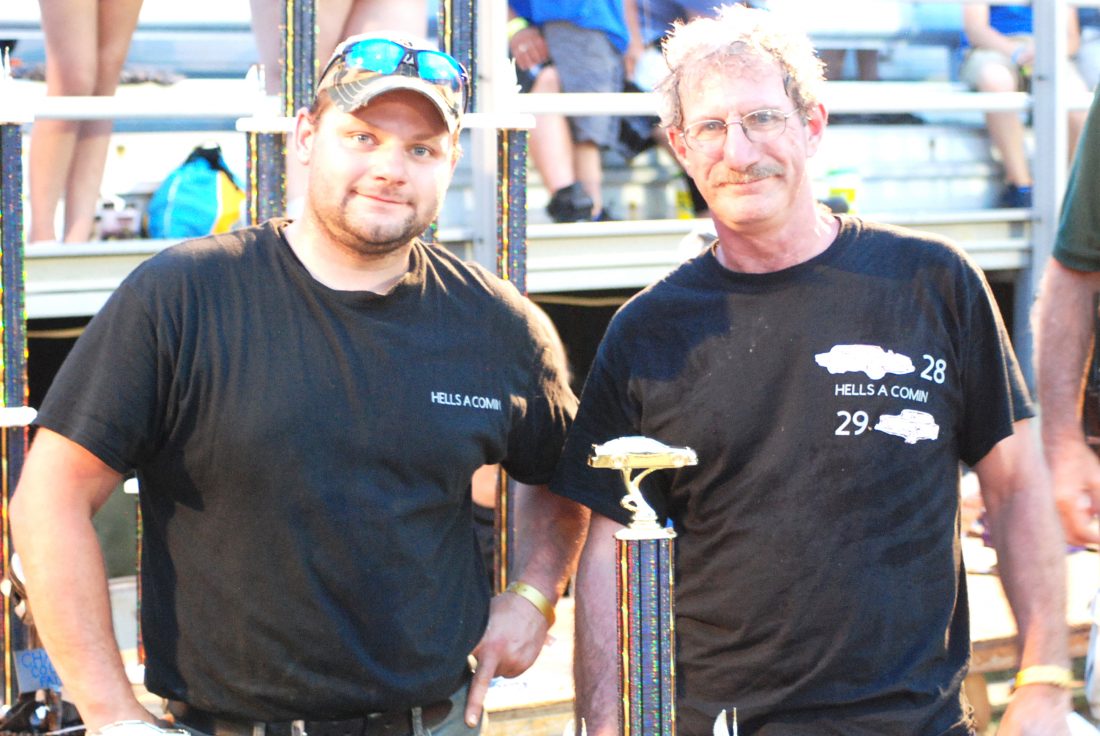 Nate Smith (left) and his dad Pat (right) pose after a tense duel for first place in the third heat of Tuesday night's demo. Pat Smith just edged out his son to take home first place

“We usually do,” Nate Smith said.

The father and son duo chased each other up and down the track, narrowly evading the other’s car at every turn, until Pat Smith finally delivered the knock out blow. Both Nate and Pat Smith like the thrill of competing against each other.

“Either way, we knew we were taking home a trophy, so you can make a few mistakes,” Nate Smith said.

“It was nice to get him back this time. We like to switch it up,” Pat Smith said. 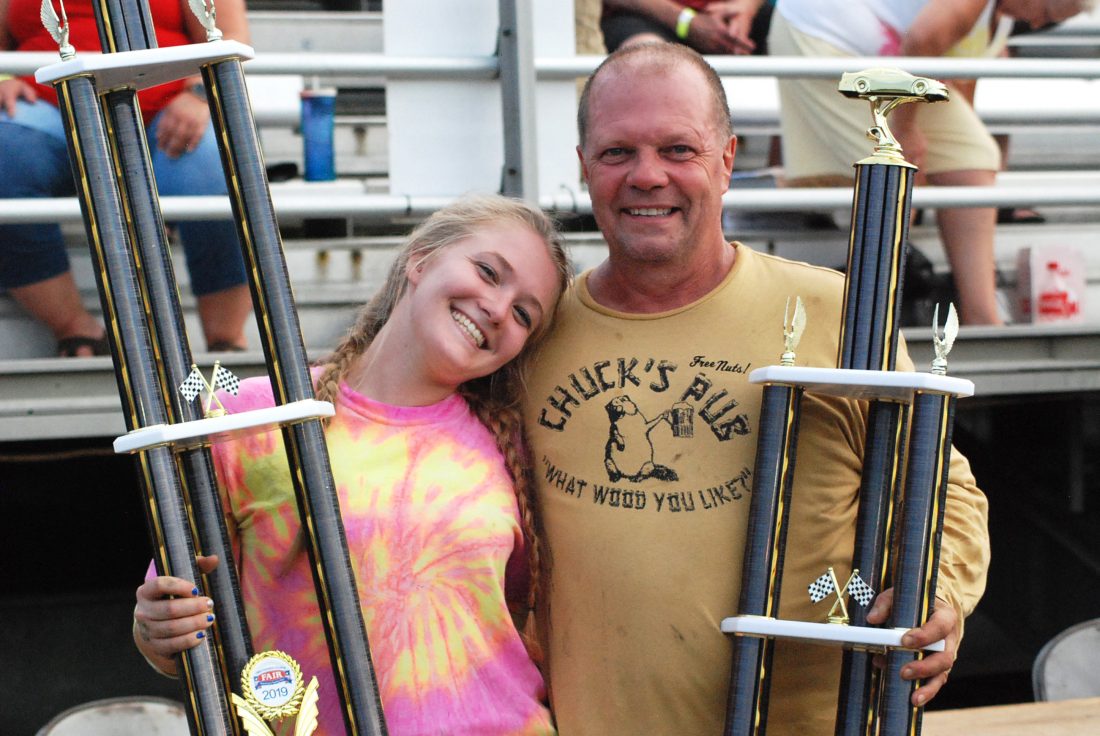 Emily Dillenburg (left) and her father Chuck (right) hold their trophies after taking first and second in the second heat at the Demo Tuesday night.

Brett Kolassa followed Nate and Pat Smith at the top of the leaderboard.

Finishing in first place in the opening heat was Wayne Clemens, who noted that Tuesday afternoon’s rain made things a little difficult.

“It was a little sloppy at the end. I got caught up a couple times, but I snuck out like a greased pig,” Clemens said, chuckling.

Clemens took down Todd Ellman and Steve Lahnen on his way to victory in the first heat, which featured several safety stoppages as cars caught fire a handful of times during the match.

Taking first place in the final heat of the night, which was the Full Size Wire heat, was Jason White, narrowly escaping Johnathan Skrok and Mike Deering amongst the scrap heat. This final heat featured the most fast-paced action and hard-hitting collisions, as the drivers went full speed at each other from the opening horn.

The Championship heat will be held Sunday at 4 p.m., back at the Chautauqua County Fair grandstand.

Nate Smith (left) and his dad Pat (right) pose after a tense duel for first place in the third heat of Tuesday night’s demo. Pat Smith just edged out his son to take home first place

One of the initial collisions in the fourth and final heat of the Demolition Derby on Tuesday night. Jason White went on to win the heat, beating Johnathan Skrok and Mike Deering on the way to victory. 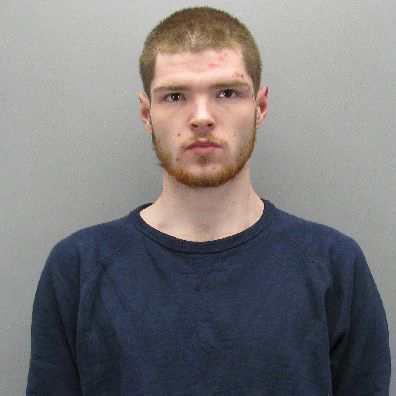 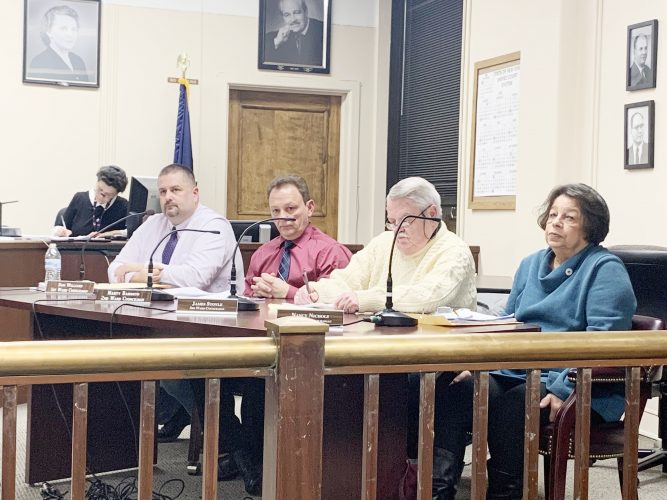