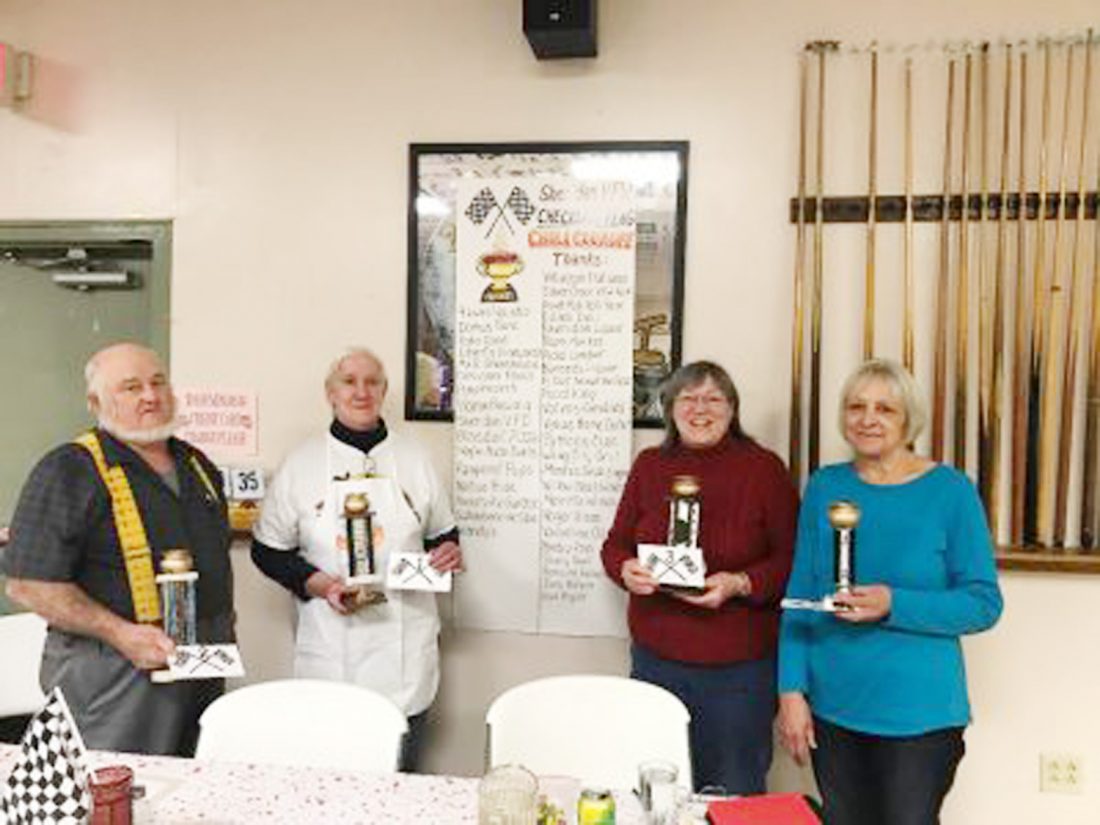 The Sheridan VFW 6390 VFW Auxiliary recently held a Chili Cookoff fundraiser at the post during the Daytona 500 race. Dubbed the “Checkered Flag” Chili Cookoff, the event was a success with winners taking home cash prizes. Judged the best chili cooks were first place, Sandra Waskiewicz of Dunkirk; second place, Ray Sheldon on behalf of the Cherry Creek VFW; and third place, Sue Bigler with a vegetarian chili. Fan Favorite award, with the most votes from the crowd, was Gail Kolassa. Special thanks go to the official judges, Chuck Dillenburg, Tom Halicki, and Gabe Metzger who had the daunting task of choosing from all the delicious entries. The auxiliary also wishes to express its appreciation to the long list of donors to the prizes and the basket raffle for their contribution to the event which will aid the auxiliary in its support of veteran causes. In the photo, from elft to right, are Ray Sheldon, Sandra Waskiewicz, a list of contributors, Sue Bigler and Gail Kolassa.

The due date for applications for the 2021 Round of the County’s 2% Occupancy Tax Grant Program for Lakes & ...

All of us encounter problems in our day-to-day living, which affect us personally and often involve those around us ...

Editor’s note: The OBSERVER is not running the community calendar without confirmation of events. Organizations ...

To help contain the spread of the Coronavirus, Chautauqua Opportunities, Inc. is encouraging all customers to NOT ...

SHERMAN — Sherman Central School District board of education responded with a resounding “no” to an offer ...

Due to the current COVID-19 pandemic, the Chautauqua County Veterans Service Agency is adjusting services to ...