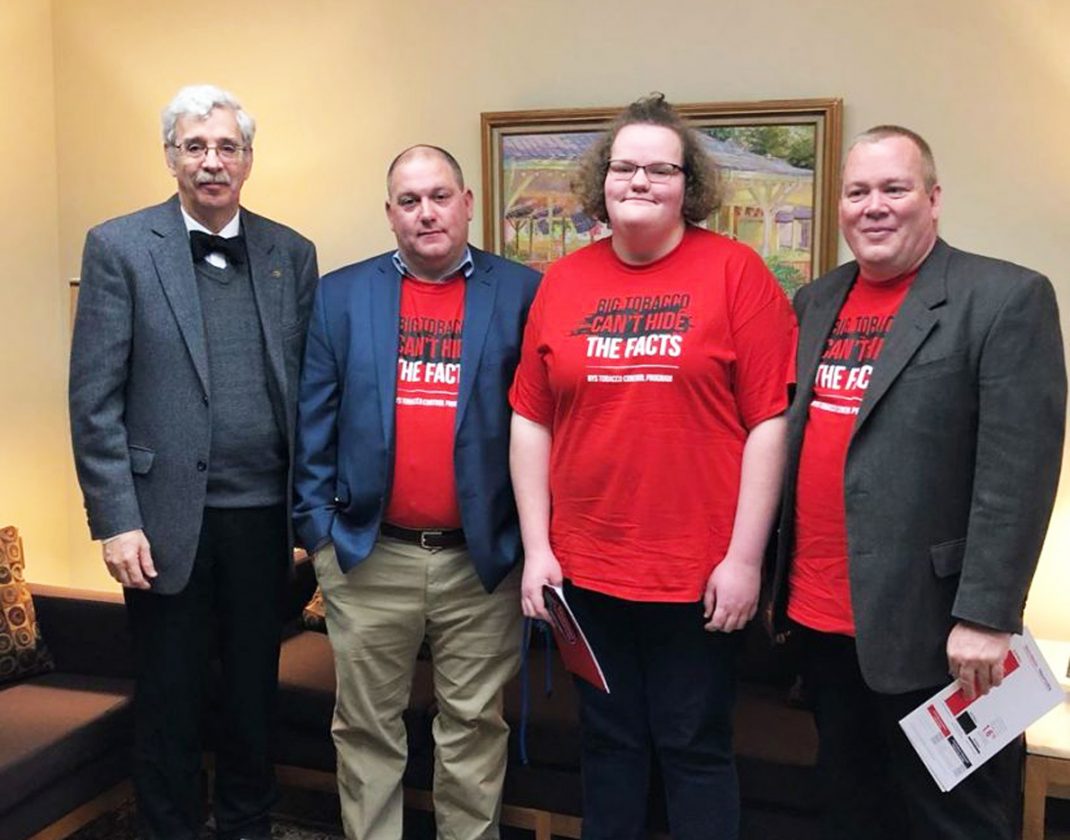 FALCONER — Tobacco-Free Chautauqua, Cattaraugus and Allegany counties (TF-CCA) and Reality Check youth champion Brittney McElwain were at the New York State Capital on Feb. 4, talking with lawmakers about the success of the state’s Tobacco Control Program.

McElwain and her peers from Cattaraugus and Allegany counties focused their messaging on lowering the average smoking rate to 12.8% and about the unmet needs in tobacco control efforts, particularly among youth and certain communities. They met with Senator George Borrello of the 57th Senate District and Assemblyman Andrew Goodell of the 150th Assembly District.

“Successfully reducing the average adult smoking rate to 12.8% in New York State is a significant achievement, but new and emerging nicotine products — like e-cigarettes — could reverse the substantial gains we’ve made in reducing smoking,” said Jonathan Chaffee, Reality Check coordinator at TF-CCA. “We know that marketing attracts youth to e-cigarettes, and flavors are what gets them to try them. Nicotine is what keeps them addicted.”

“Although the average smoking rate is down, cigarette smoking rates among certain communities are considerably higher than average. For example, throughout New York State, 25.5% of adults reporting frequent mental distress smoke cigarettes, as do 20% of those with less than a high school education and nearly 20% of those with an annual household income of less than $25,000,” said Chaffee.

“Income, education, and mental health status shouldn’t determine smoking rates, but they do, and our program has a local and statewide program in place to further tobacco-free norms,” he added.

While at the Capitol, McElwain talked with lawmakers about work being done in Chautauqua County communities and provided an interactive display in The Well of the Legislative Office Building, revealing the true facts behind Big Tobacco’s misleading marketing.

More facts: The costs of tobacco use in New York State

¯ Annual health care costs directly caused by smoking in the state are $10.39 billion.

¯ This expense results in a tax burden of $1,410 for each household every year.

¯ There are 28,200 deaths in New York State each year due to smoking, and thousands who are living with illnesses related to tobacco use.

Reality Check New York empowers youth to become leaders in their community in exposing what they see as the manipulative and deceptive marketing tactics of the tobacco industry. The organization’s members produce change in their communities through grassroots mobilization and education. Reality Check in this area is affiliated with Tobacco-Free Chautauqua, Cattaraugus and Allegany (CCA), a program managed by Roswell Park Comprehensive Cancer Center. For more information, visit tobaccofreewny.com.

The state Tobacco Control Program is made up of a network of statewide contractors who work on advancing tobacco-free communities, which includes Community Engagement and Reality Check, the Health Systems for a Tobacco-Free New York, the Smokers’ Quitline and Surveillance and Research. Their efforts are leading the way toward a tobacco-free society. For more information, visit TobaccoFreeNYS.org, TobaccoFreeNY.org and NYSmokeFree.com. 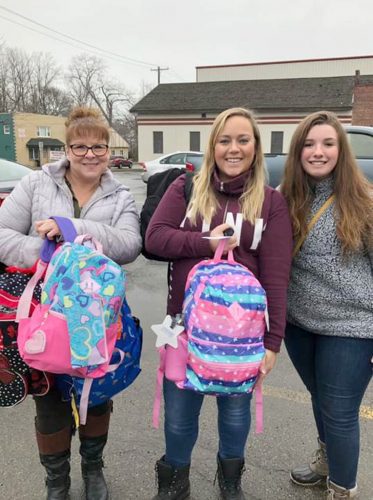