Area priest in home stretch of trip to Rome 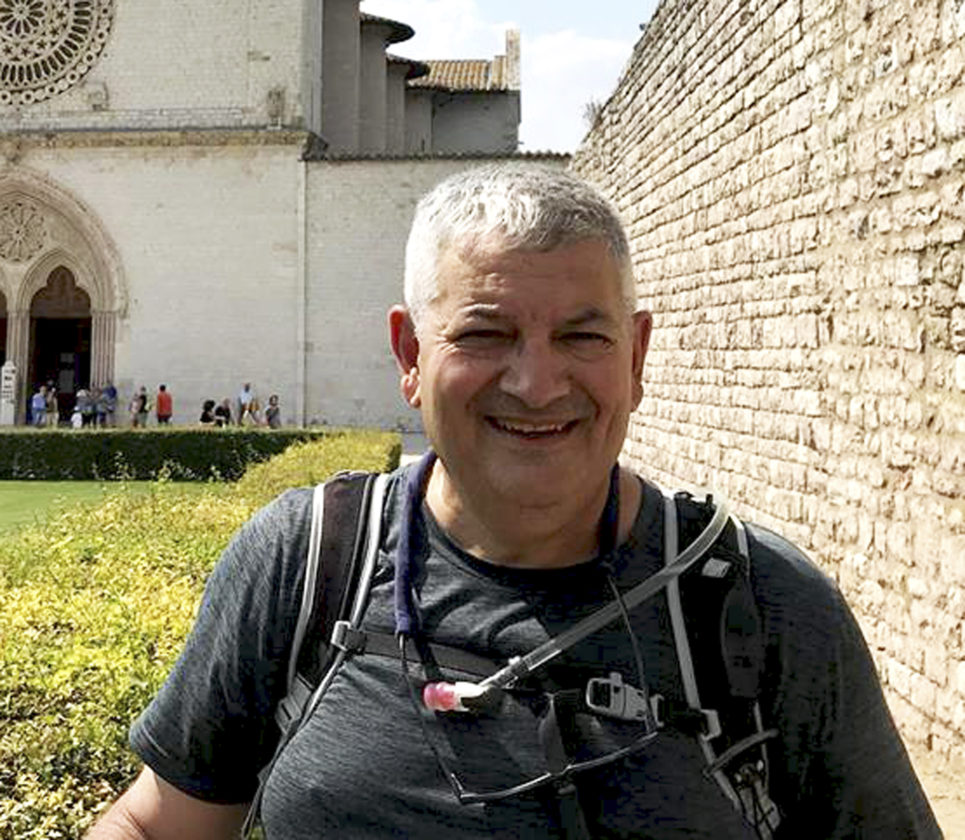 Father Joe Porpiglia of St. Joe’s in Gowanda and St. Mary’s in Cattaraugus.

Father Joe Porpiglia of St. Joe’s in Gowanda and St. Mary’s in Cattaraugus is in the home stretch to Rome. In the last two weeks he’s walked from Gubbio to Ponticelli in the province of Rieti — a rough total of 105 miles.

A few major stops littered this part of his trek, and in those he spent more than one day. One city that was of importance, as it heralds one of St. Francis’ most well known miracles, The Wolf, is Gubbio.

This famous story states that St. Francis, while passing through the Umbrian city, encountered the locals plight and decided to face the wolf, commanding it to cease its attacks on the people in the village. The wolf obeyed, and the townspeople venerated Francis since that day.

Father Joe also took time while in Gubbio to visit the Basilica of Sant’Ubaldo, where the mummified body of the patron saint lies in state above the alter. 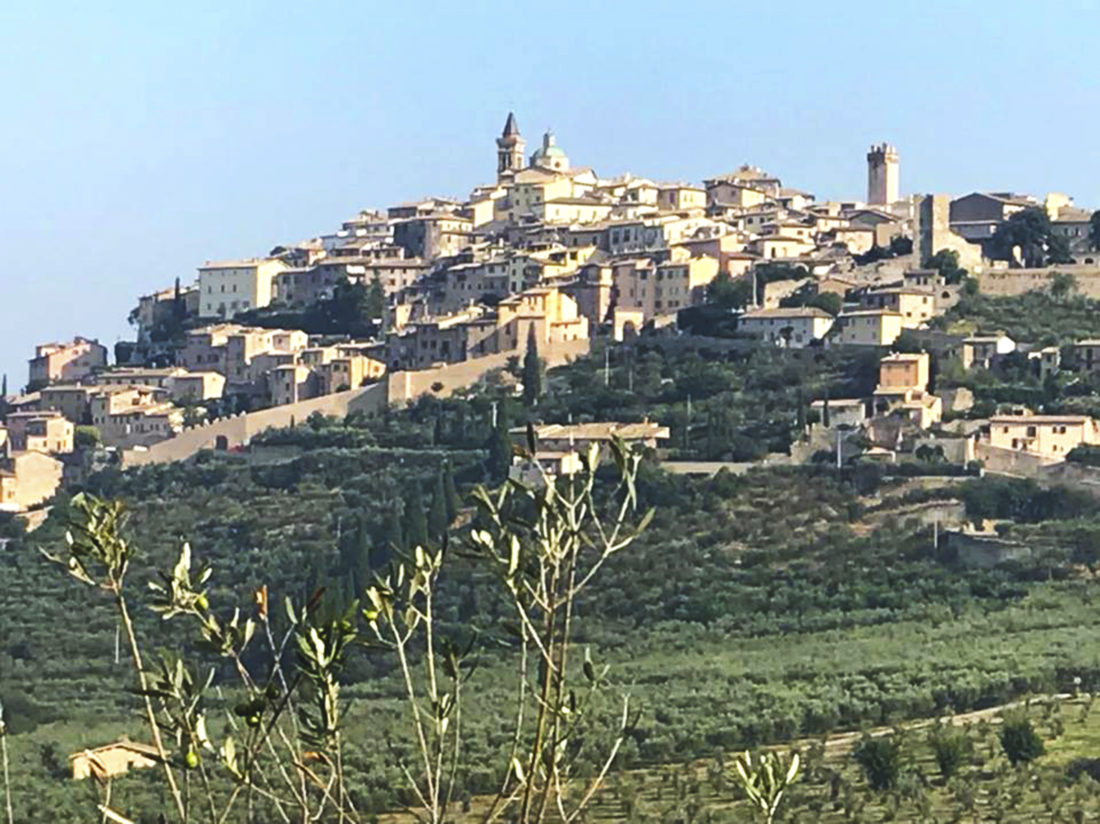 Submitted Photo Pictured right is the city of Trevi as Father Joe Porpiglia heads off in the direction of Spoleto.

At this point he was 14 days in and Assisi was his next big stop. There he took an extra day as well exploring such sites as the San Damiano, Santuario Di Rivotorto, Basilica of San Francesco and the church of St. Clare to visit the San Damiano Cross.

After stops in both Spello and Foglino, where he traveled through many olive orchards, he ended up in Trevi just before rain started. Another day later found him in Arrone, a very small town with just one street.

“The main road is so narrow it has a street light to control the traffic one direction at a time,” Father Joe posted on St. Joe’s Facebook page.

The next day he traveled to Piediluco where he visited St. Francis Church. There he was fortunate enough to witness a 50th wedding anniversary vow renewal.

This has truly been a wonderful experience for Father Joe as he nears its completion. At the two week mark he stated, “I have been living out of my backpack and waist pack (and) it has given me time to reflect and recognize how blessed I am. It has been a great experience so far.”

Submitted Photo Pictured right is the city of Trevi as Father Joe Porpiglia heads off in the direction of Spoleto.

Father Joe Porpiglia of St. Joe’s in Gowanda and St. Mary’s in Cattaraugus.