Achieving mayors have their critics

Mayors: Both have faced challenges 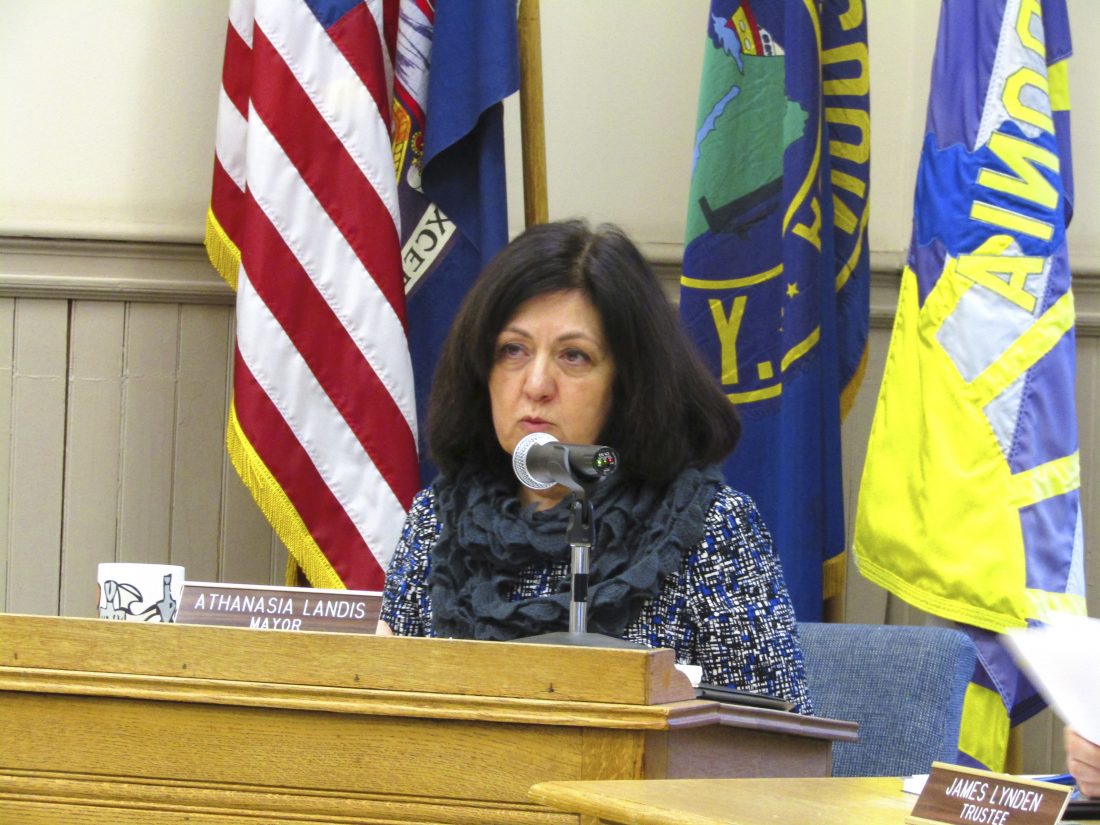 OBSERVER Photo Fredonia Mayor Athanasia Landis is in the final year of her first four-year term.

Dunkirk Mayor Wilfred Rosas kicked off the 2019 campaign season last week in his State of the City address. Toward the end, Rosas left no question on his intentions to seek another term.

“My administration and I have been working very, very hard for our city residents and our city taxpayers,” he said. “I intend to continue to do that for the next four years and I want you to know that it is with your support that we are successful. The city of Dunkirk is receiving much recognition, statewide, and it’s because we are working to make sure that we are doing the best for our city.”

During his one-hour outline on the city’s past and present, neighboring Fredonia Mayor Athanasia Landis was in attendance in City Hall. She also is in the final year of her first term.

For both, it has been an interesting and productive three years marked with drama, differences as well as a number of accomplishments. But the roads to the present have been markedly different.

At the beginning, Rosas made a huge splash. 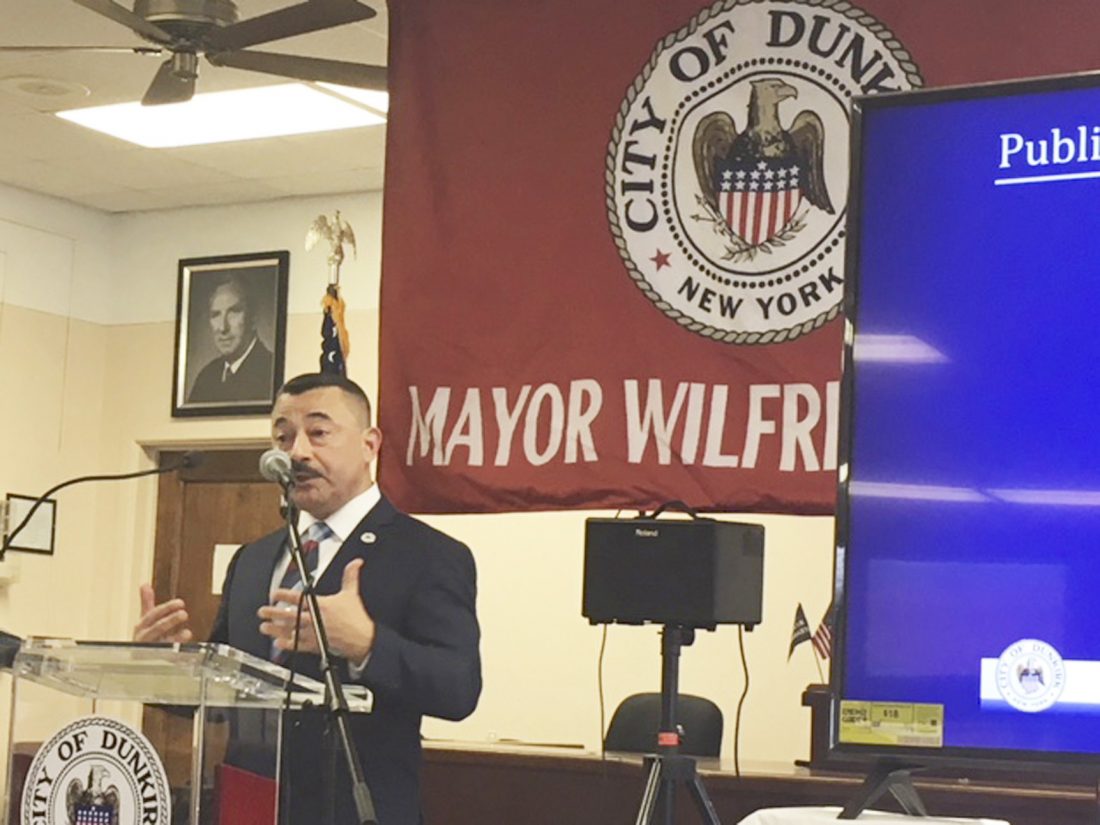 As the first Hispanic mayor of any state city, he gained instant fame. He was recognized and met with state Gov. Andrew Cuomo after a State of the State address in 2015.

A year later, he was part of the announcement for Athenex, which continues to build on the city’s eastern border. Rosas also has been invited to attend a number of major Buffalo events with Queen City Mayor Byron Brown.

Relationships were an important part of Rosas’ speech last week. That is one thing he has cultivated quite well. He never misses a major event that could help Dunkirk.

But recent months have been the rockiest for the city leader. His administration has seen a recent string of bad luck with the NRG Energy Inc. decision to not repower and some heavy criticism.

During a recent discussion on the summer festivals, Councilmen Andrew Woloszyn and Shaun Heenan loaded up on questions regarding costs and expenses. There was not much in the line of answers, but Rosas noted that an audit of the Dunkirk Local Development Corp. is done every year.

Who will line up to face Rosas is unknown for now, but three names — all with previous government connections — continue to surface at this time.

In Fredonia, the rough waters began at the beginning for Landis. U.S. flags were not displayed downtown on Memorial Day 2015. Disputes took place early on with department heads as well as village trustees. Ongoing issues of the North County Water District and a potential shared police facility with Dunkirk also created plenty of controversy.

But in recent months, Landis has made things happen — much of it for the better. She has new employees — both familiar faces — heading the village’s Department of Public Works in Anthony Gugino and James Sedota handling the treasurer duties.

She also, thanks to her efforts in 2016, appears to have secured a move to the village by Brooks Memorial Hospital. Add to that a $2.5 million grant from the state, and Fredonia — despite years of mismanagement — appears to be moving in the right direction.

On Wednesday, during her first State of the Village address in Fredonia Opera House, Landis will likely tout additional goals. The hope here is she, like Rosas, aims to build on municipal cooperation. Our communities have more clout when they work together.

She may also indicate whether she is running for re-election. At least one trustee in Doug Essek admitted in early January he continues to “contemplate” whether he will run for mayor.

Even though it is February, campaign decisions need to be made soon. That means it will be interesting in both the city and village until November.

OBSERVER Photo Fredonia Mayor Athanasia Landis is in the final year of her first four-year term.