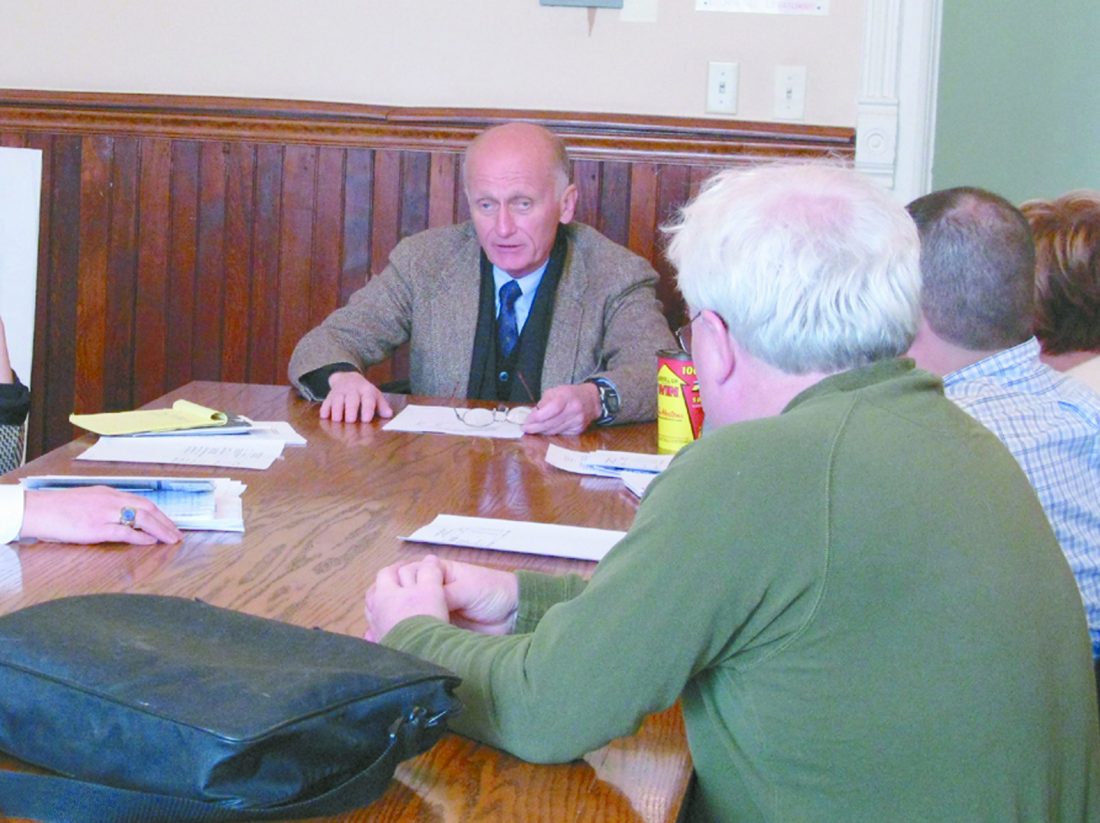 Almost every Monday morning started with a similar routine for William Parment when he represented Chautauqua County for 28 years in the state Assembly. He would wake up early, leave his North Harmony home at 6 and begin his 386-mile, six-hour journey on Interstate 86 to Albany.

“It was the worst part of the job,” he said of those regular trips this week from his current home in Ithaca. “I had to make that every week.”

Over those years, he was open to alternatives. One was to drive to Depew and catch an Amtrak train that went to Rensselaer since there was no stop in the capital that was only minutes away. Once he arrived, however, Parment needed a cab to reach his destination.

Some other times, he left Jamestown by airplane to Pittsburgh with a connecting flight to Albany. But if there were delays or cancellations, that also became problematic.

In recent decades, Western New Yorkers have tired from hearing about the political battles and scandals that plague state government. But for those who represent our region, including current Assemblyman Andrew Goodell and outgoing state Sen. Catharine Young, getting from here to there is one of the greatest chores of the position adding insult to injury, Parment said, was the lack of knowledge from downstate officials on where Chautauqua County is located. He told one group of lawmakers he could drive to CitiField, where the New York Mets play, in 7 1/2 hours. He also could drive to Wrigley Field, home of the Chicago Cubs, in about the same amount of time.

Of course, they were dumbfounded. A trip to Albany for those from New York City can be two hours or a little more by train. It’s almost triple that for our elected officials.

Last last week, however, Parment was not alone in being stunned over the news that Young was abruptly stepping away from her seat to take a position leading the Center of Excellence for Food and Agriculture at Cornell AgriTech in Geneva. With Sunday being her last day, it ends an era for a region and populace that always embraced a state senator who never let her district down.

Young was a superstar and a master at working with both sides of the political aisle. Just her walking into a room of any gathering in her district brought instant electricity to the crowd.

She was one of us — and she truly cared about our well being and families. Whether she was leading the charge for the repowering of NRG Energy Inc., backing the National Comedy Center in Jamestown or fighting to keep Lake Shore Hospital in Irving from closing, she always had our backs.

Parment praised Young’s work and tenacity. “She was very popular … and was a hard worker for her district.”

He remembered teaming with her on a number of projects. One in particular dealt with keeping SKF in Falconer. When Empire State Development could not supply enough cash in the deal, both he and Young put forth an effort to add a hydropower option, which was popular with the company’s hierarchy in Sweden.

Young had the connections at the New York Power Authority, and ultimately, enough pull to get a deal done and keep SKF from leaving Falconer. That is one of her many lasting achievements.

But the last four months in office have been filled with major annoyances. It began when the Democrats gained control of the Senate last Election Day. With the Republicans out of that chamber’s lead role, Young lost clout even though it was nothing she did or could control.

Since then, that journey from the Southern Tier to Albany may have been the same distance, but the ride got longer.

Her drive to the capital was a bit shorter than that of her former colleague Parment — about 600 miles round trip. But he quickly noted when Young was not working in Albany she was running up the odometer making the rounds in her district that stretches from lower Livingston County to the shores of Lake Erie between Fridays and Sundays.

He could not pinpoint how much traveling that would be, but he remembers regularly putting 35,000 miles per year on his vehicles to attend meetings, formal gatherings or just to greet constituents. That equates to almost 1 million miles — or 41 trips around planet Earth.

In her next role, Young will be traveling significantly less, especially to Albany. But during her 14-year tenure in the state Senate, there is no denying that she did a world of good for the residents of the 57th district.