Numerous positions, far too many visions 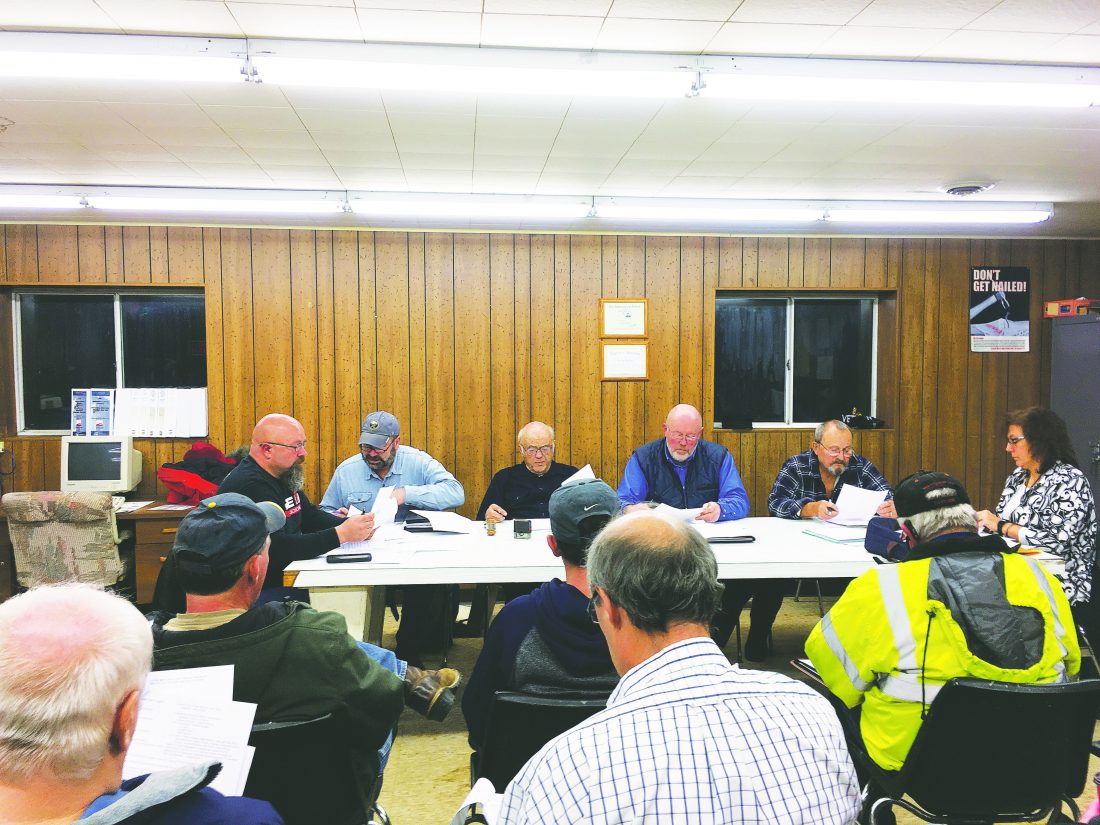 Arkwright’s Town Board, which represents 1,000 residents, has changed the landscape of the county.

How many elected positions does it take to run Chautauqua County every year? Far too many.

For the coming November elections — in the county, cities, towns and villages — around 200 seats are up for grabs. Those posts include legislators, treasurers, trustees, clerks, judges, supervisors and highway superintendents.

There could be other minor posts as well, including tax collectors. But the fact remains for a county of 129,000 residents we do not need this much representation, which is closer to 500 when you factor in the positions that are not up for election this year as well as the 18 Boards of Education.

Due to new state laws regarding the election, prospective candidates are already out getting petition signatures. According to Democratic Election Commissioner Norman P. Green, the last day for candidates to file petitions is April 4, which is less than three weeks away. For those seeking a party nomination, July 25 is the deadline for a town or village caucus.

Earlier dates have piqued the interest of many prospects, especially in the city of Dunkirk and in the village of Fredonia. The big question is who will seek the mayoral positions in those communities.

In Dunkirk, we know incumbent Wilfred Rosas is seeking a second term. Village Mayor Athanasia Landis also has the look of readying for another run. Both are likely to face opposition. In the city, current Third Ward Councilman Shaun Heenan has indicated he will be making a challenge for the top spot while village Trustee Doug Essek is still mulling a run.

Adding to this year’s intrigue is the state Senate position vacated by Catharine Young for the 57th District. Less than one week since she left office, Gov. Andrew Cuomo has yet to indicate whether a special election for her seat will be held in June.

Nine potential candidates have lined up from the Democratic side, while current County Executive George Borrello has received endorsements from the county Conservatives and Republicans for the seat. There also has been interest shown by an Allegany County official.

In the north county alone, there are about 47,000 residents stretching from Hanover to Ripley. This year, about 90 positions in the region are up for vote, including three in the village of Westfield on Tuesday.

Will the madness ever stop?

Two of the smallest towns in our region, Arkwright and Villenova, are a testament to how a small number of people can make decisions that impact many. All one has to do is head east on the state Thruway.

Both municipalities have been eyeing wind turbines as a way to increase tax revenue. Arkwright, after more than 15 years of going through hoops, now has 36 turbines in motion. Villenova is next — and not to be outdone — is planning turbines that are even taller than those currently running in Arkwright.

It apparently does not matter what the other 127,000 residents in the county desire since they had no say on those turbines. The two towns representing only 2,000 residents have decided those structures, for the long term, will impact the landscape of our county while adding to the tax revenues.

That whole ordeal has turned out to be an enormous amount of power for a group of 10 people. Those town trustees, we might add, have faced very little resistance in the past. Most often, in small towns and in some villages, it is tough to find people who want to dedicate the time and energy to overseeing a government.

Our current system was set up in the 19th century in a horse and buggy era. While our region’s populace has evolved when it comes to the latest in gimmicks, technological advances and transportation, we remain stuck in the 1800s for what we have come to accept from our traditional governments.

Unfortunately, most who are in office do not look at the regional picture. They are, instead, just looking to keep their entity afloat — no matter the cost or future implications.

It is why so often when our area does take a step forward, it is usually met with three steps back.