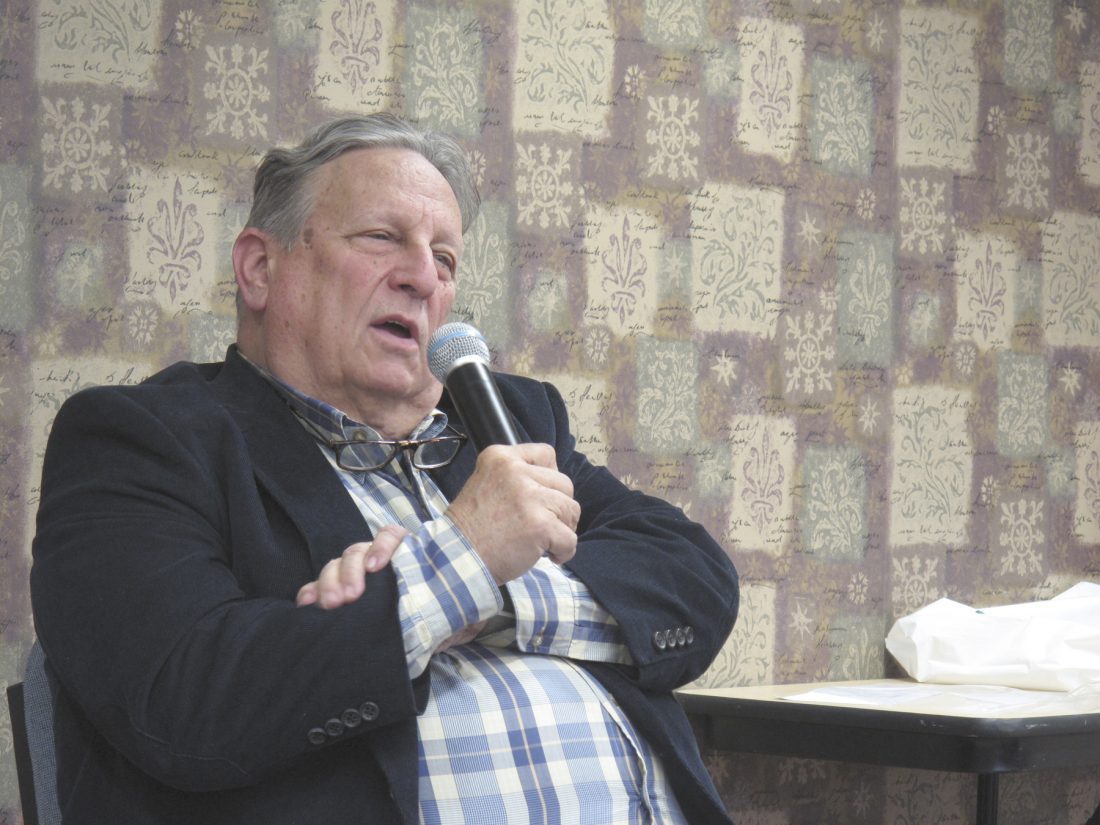 Photo by Eric Zavinski. Bob Hopper of the Chautauqua Science Group raises the question of whether the scientific method is being used by stakeholders for the general welfare of Chautauqua Lake

CHAUTAUQUA — Bob Hopper of the Chautauqua Science Group referred to Chautauqua Lake as a “bag tied in the middle.”

For the past four months, Host Greg Peterson has led lake stakeholders through the Turner Series of lectures concerning the health of the lake and how recent environmental challenges have put it through an array of different perspectives.

While in the middle of at times controversy and at times compromise, Chautauqua Lake remains a complex body of fresh water distinctly divided into two basins. In the 10th and final lecture of the series, Hopper asked the audience if the north and south halves of the lake have been treated with the scientific method.

To recap the lecture series, here is a synopsis of the collected attitudes and asked questions that may receive answers in the months and years that go by.

The series began with Executive Director Erin Brickley and Chairman Pierre Chagnon of the Chautauqua Lake and Watershed Management Alliance talking about collaboration, specifically as it relates to how project funding is and can be awarded to member organizations.

For the alliance, Hopper’s question of the scientific method can equal having a consistent means of grading organizations that apply for grant money through the alliance for various in-lake and watershed projects.

“The challenge is that balance,” Brickley said and added that the alliance board intends on improving the application process in the future.

“That was a mistake,” said Chautauqua Lake Association Executive Director Doug Conroe in regard to CLA’s herbicide applications in the late 20th century.

A question of whether to apply herbicides — including what kinds and where — has permeated the discussions of various meetings and lake lectures. CLA used to apply the chemicals to lake waters, and resulting decisions not to apply in recent decades have mainly been logistical, due to what CLA President Paul Stage called stringent environmental regulations and a rising cost for herbicide use.

Conroe said there could be space for herbicides in a comprehensive treatment strategy for aquatic weeds, but he also suggested that lake health is overall far better than in the past. Monitoring of treatment methods is planned by the county.

Chautauqua County Executive George Borrello visited for two separate lectures this season; he talked about the importance of county government taking a leadership role and shared details later on about a memorandum of agreement for weed management.

“Not everybody’s going to get 100 percent of what they want,” Borrello said.

The Ecology and Environment firm then helped the county piece together a comprehensive strategy for collaboration through an interview process. While having a variety of strategies promoted in the lake agreement seemed like the general consensus, the details of compromise may still require more scientific observation.

Herbicide treatments may serve as experiments to uncover whether 25 percent of littoral zones south of Long Point State Park being approved by the county is not enough acreage, too much acreage or the right amount of space to maintain south basin macrophytes.

Herbicide applications are on the mind of Chautauqua Lake Partnership members and leaders who have organized the permitting process with the New York State Department of Environmental Conservation.

CLP’s biology adviser Tom Erlandson said the lake has reached the “last resort” of needing herbicide treatments. He disagreed with other scientific minds around the lake that herbicides used would also endanger natural weed species that aren’t the nuisance plants, including invasives, many want to kill off.

As herbicide applications this spring will likely happen earlier than compared to the mid-June treatments of 2018, the south basin will potentially be a trial space for Aquathol K and Navigate. More observers will be able to see what these substances will do to invasive and native plants in south basin littoral zones.

Starting this summer, a study courtesy of the Lake Erie Center for Fresh Water and Human Health will also attempt to pinpoint major concentrations of phosphorus in the water. Scientific results could lead to other strategies like dredging and stormwater management projects to be completed in specific areas.

Members of the Chautauqua Watershed Conservancy talked about projects in the watershed that can be used to reduce runoff and help ensure the long-term stability of the lake. The challenge with these extensive projects is to create the best ones that could have the greatest impact.

In regard to future herbicide use, CWC Executive Director John Jablonski highlighted studies that reveal how herbicide Navigate might lead to adverse health effects for wildlife and pets. He said an active ingredient can act as a carcinogen in some cases.

Remaining Turner Series lectures covered what had been going into the lake and what is being taken out. Representatives of the South and Center Sewer District and Chautauqua Institution expressed the importance of maintaining a functional sewer system and an exceptional drinking water intake system respectively.

Questions of water cleanliness guide Chautauqua Lake Sewer Projects into future mid-lake territory expansion. The hamlet of Stow will be engineered as a part of the South Sewer District in the near future.

In regard to drinking water, Chautauqua Institution staff defended their use of Chautauqua Lake as a source and explained the in-depth filtration process needed and enforced to make water potable.

“Anything that could contaminate our source is a big concern to us,” Chautauqua Utility District Superintendent Michael Starks said. “Public health and safety is our utmost concern.”

Over fear that June 2018 herbicide treatments could have led to contamination of the water supply due to drift, and because the environmental review process for the chemical treatments wasn’t viewed as satisfactory, Chautauqua Institution had filed a lawsuit against the town of Ellery and NYSDEC.

No evidence of herbicide drift was found last year, and the subject of chemical dilution is another topic on the minds of various parties. County officials have since stated as part of the lake agreement, effective today, that third-party monitoring of treatment methods will go into effect starting this year. Plant surveys and a pilot study of Burtis Bay are also planned. 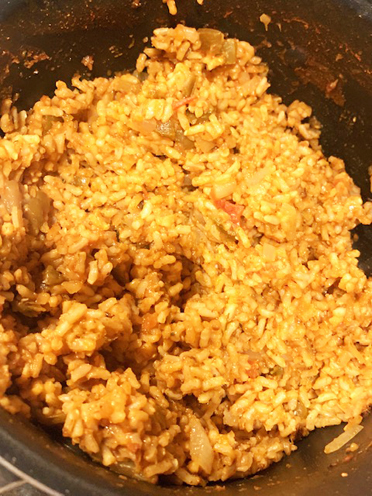 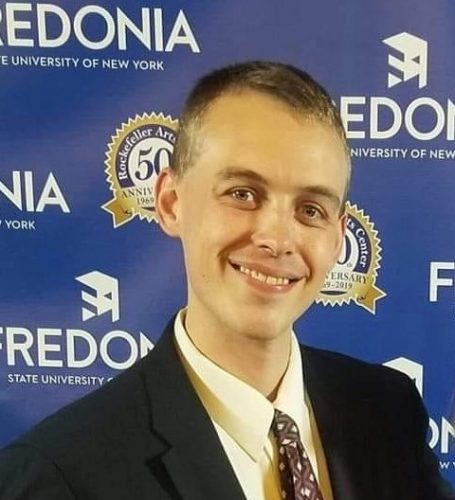