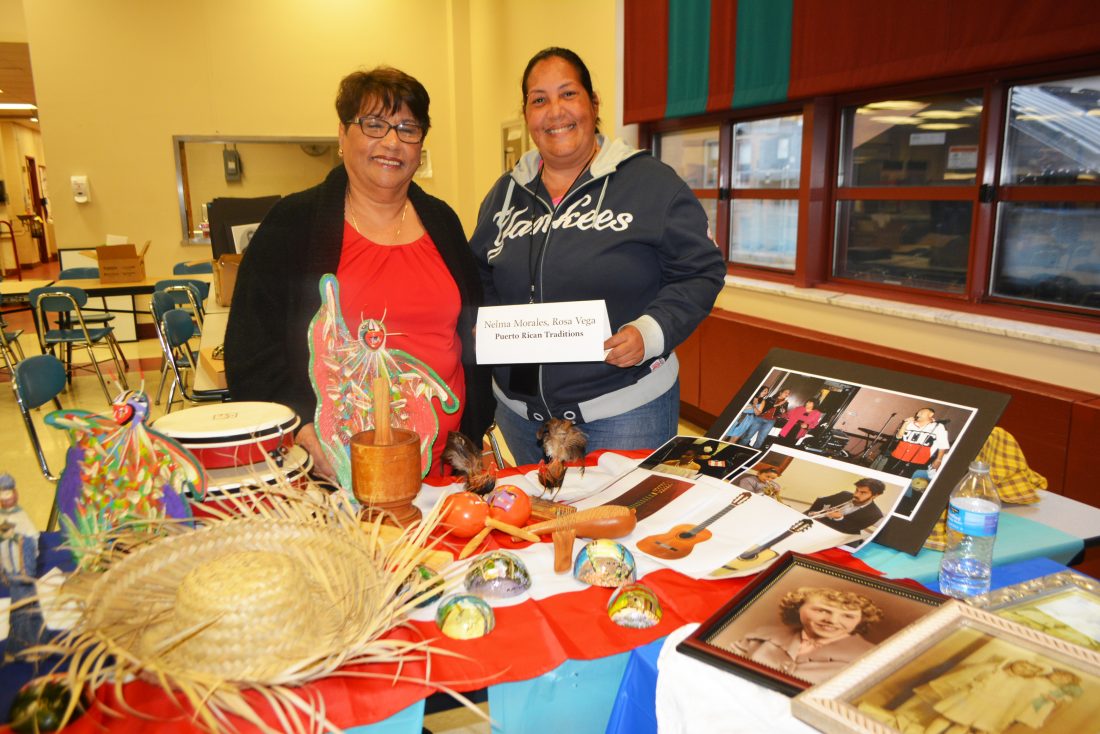 Dunkirk High School’s cafeteria had undergone a transformation. On a recent Friday afternoon earlier this month, it was no longer just a place for students to grab a bite to eat at breakfast or lunch.

Instead, the room was filled with artists, educators, musicians, parents and about 35 children. Facepainting and coloring activities were led by area Girl Scouts. The Chautauqua Brass, an ensemble of musicians, greeted attendees with jazzy tunes. Add-itionally, displays highlighting family traditions, sewing projects and sculptures filled one section of the commissary.

United, participants gathered as part of a CREATE project event to celebrate our youth and neighborhoods. The goal of the event, according to organizer and lead artist Valerie Walawender, was to promote a community free of child trauma, abuse and neglect.

In Dunkirk-Fredonia, that can be an uphill climb. The differences between the two municipalities, on looks alone, are deceiving.

While the city — especially in parts of its downtown — looks worse for wear, both are very similar when it comes to the demographics in regard to poverty, according to the U.S. Census bureau. In Dunkirk, 23% of the residents live in poverty while in Fredonia the amount is about 21%. Taking population into account for both entities that equals more than 5,000 people. 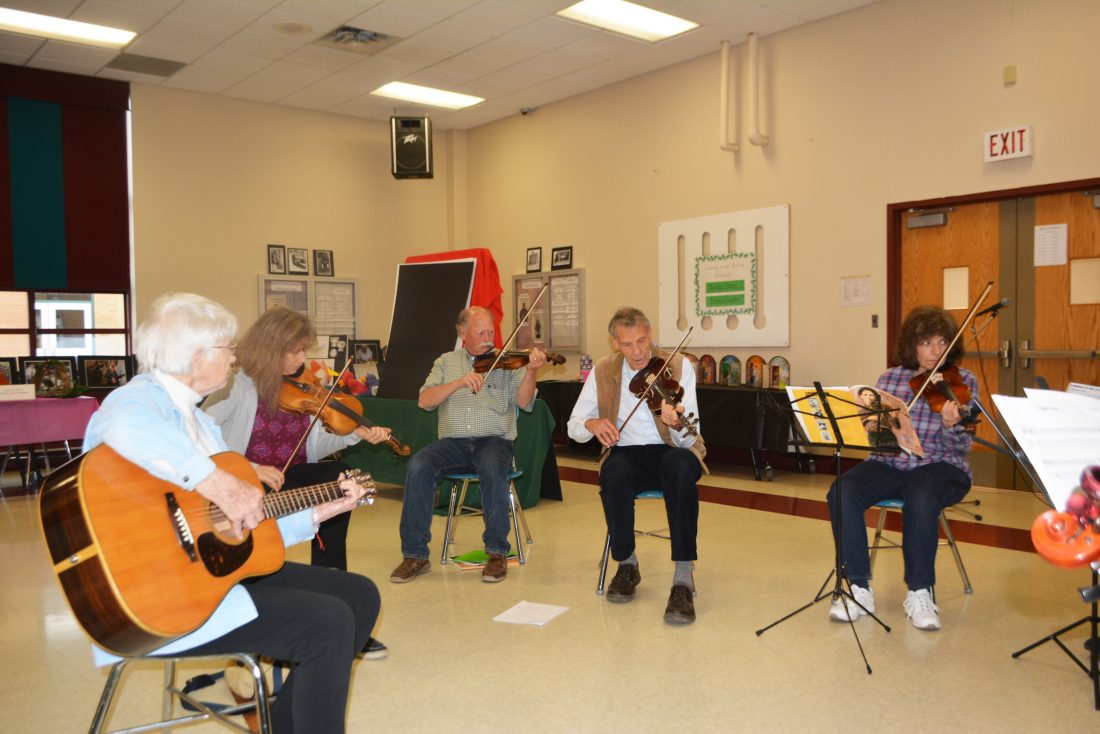 Photo by Rene Scott CREATE Project Fiddlers, led by Dick and Carmen Gilman, perform during the awareness event on child abuse and trauma.

On numbers alone, that is a major hurdle to overcome when considering the early years of development for our youth. A child’s view of the world begins in the home. In a poor household, that child is coming from an environment of high stress.

During his opening remarks, Dunkirk Mayor Wilfred Rosas set a somber tone. “Chautauqua County has the eighth highest rate of child abuse in New York state,” he said. “That is over 2,000 cases annually.”

Four-figure numbers in a county of 128,500 residents should be more than eye-opening and reason for concern. It is why Walawender has been working with numerous partners to try and do something about a problem that is out of sight for many. Their overall goal: bring the arts to the children through collaboration, sharing and reaching.

Even partners in the event were amazed by the participation on this evening. “I was surprised by how many (presenters) were there!” said Carmen Gilman, who with her husband, Dick, headed up the CREATE Project Fidders.

Music, for all intents and purposes, may have been the star of the show. Nelma Morales and Rosa Vega tremendously performed three Puerto Rican folk songs, all of which saluted the family’s heritage and history. Even some of the younger participants were involved when members of the Boys & Girls Club of Northern Chautauqua County danced, waved and twirled signs in their rendition of “Meet Your Brain.”

Smiles from the evening’s activities aside, child abuse and neglect are often a silent offense. Those on the front lines, especially primary school teachers or aides, may be the only connection to knowing if a pupil is suffering.

Adding to the neglect issue, especially in this era, is the use of technology. Dr. Bruce Perry, psychiatrist and founder of the Child Trauma Academy, talked about society’s growing disconnect in relationships in a video presentation. He noted too many adults and teenagers are communicating via text and social media. This is causing a “poverty of relationships” that impacts our youth when they need human contact in the prime stages of development, which is before their elementary schooling years.

Perry also added a voice of credibility to Walawender’s program by noting music and arts are essential to children’s emotions in schools and their lives.

Dr. James Tracy, city schools superintendent, noted how in his profession abuse, neglect and trauma are negative influences that impede education. He spoke of the importance of safe environments that promote learning. “Science and technology may make our lives a little better, but is the arts that make us human,” Tracy said.

It also allows for healing and interaction, something so vital to growing youth.

Walawender continues to seek partners and support in the CREATE effort. Those interested can reach her at vwalawender@yahoo.com or by phone at 680-0266.

Photo by Rene Scott CREATE Project Fiddlers, led by Dick and Carmen Gilman, perform during the awareness event on child abuse and trauma.