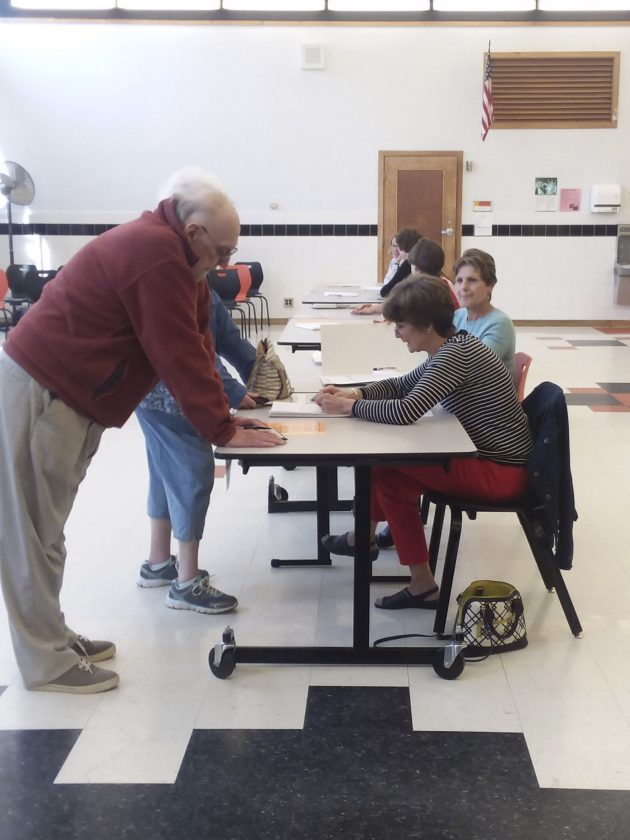 Creating a balanced budget that plans for future expenses, maintains programming and demonstrates good stewardship of tax payer dollars is no mean feat. At times, school districts fail to gain voters’ approval and must go back to the drawing board to create a new budget. This, however, was not the case on Tuesday night, as the following school districts’ budgets, including every proposition, were all approved by voters. These are the unofficial results, as reported on the Chautauqua County Board of Elections’ website on Tuesday night.

Two candidates ran for one open seat on the school board. With 173 votes, Jeanne Oag defeated Michael Johnson (128 votes). She will begin her five-year term on July 1.

Mervin J. Fry ran unopposed for the school board member at-large seat and received 135 votes. He will begin his four-year term on July 1.

Two candidates ran unopposed for two open seats on the board of education. Lisa Powell Fortna (423) and incumbent R. Thomas Hawk (384) will begin their five-year terms on July 1.

Gowanda’s Superintendent Dr. Robert Anderson shared the unofficial vote results with the OBSERVER. The $31,908,410 budget for the 2019-20 school year passed, 345 votes to 118. Proposition two, which proposed the purchase of three buses at a cost of $351,304, was approved 389 votes to 78. Voters also approved the third proposition, the establishment of a capital reserve fund at a maximum of $2.5 million over a ten-year term, 354 vote to 108.

Four candidates ran for three open seats on the school board in a close race. Ronald L. Cook (392) and incumbent Lynn Guzzetta (297) were the two highest vote getters and will begin their three-year terms on July 1. David Barnes (292), the third highest vote getter, will fill the seat vacated by Cindy Sutherland in March. His term commences immediately and will expire on June 30, 2021. The fourth candidate, Robert C. Field, lost by 32 votes.

Voters approved Ripley Central School’s proposed budget of $9,399,854 for the 2019-20 school year, 195 votes to 131. Proposition two, which asked voters to approve the purchase of two buses in an amount not to exceed $262,100, was approved, 194 votes to 131. The third proposition asked voters to approve the setting of the parameter from where the district will bus students at a ¢ mile radius for students in pre-K through sixth grade. This was also approved, 221 vote to 99.

Three candidates ran for three open seats on the school board. Peter Dorman (222), Paul McCutcheon (219) and Michael Boll (169) will begin their terms on July 1.

There were two school board seats up for re-election. The two incumbents, Matthew Bogosian and Stephen Boothe, ran unopposed and were elected to five-year terms commencing July 1.