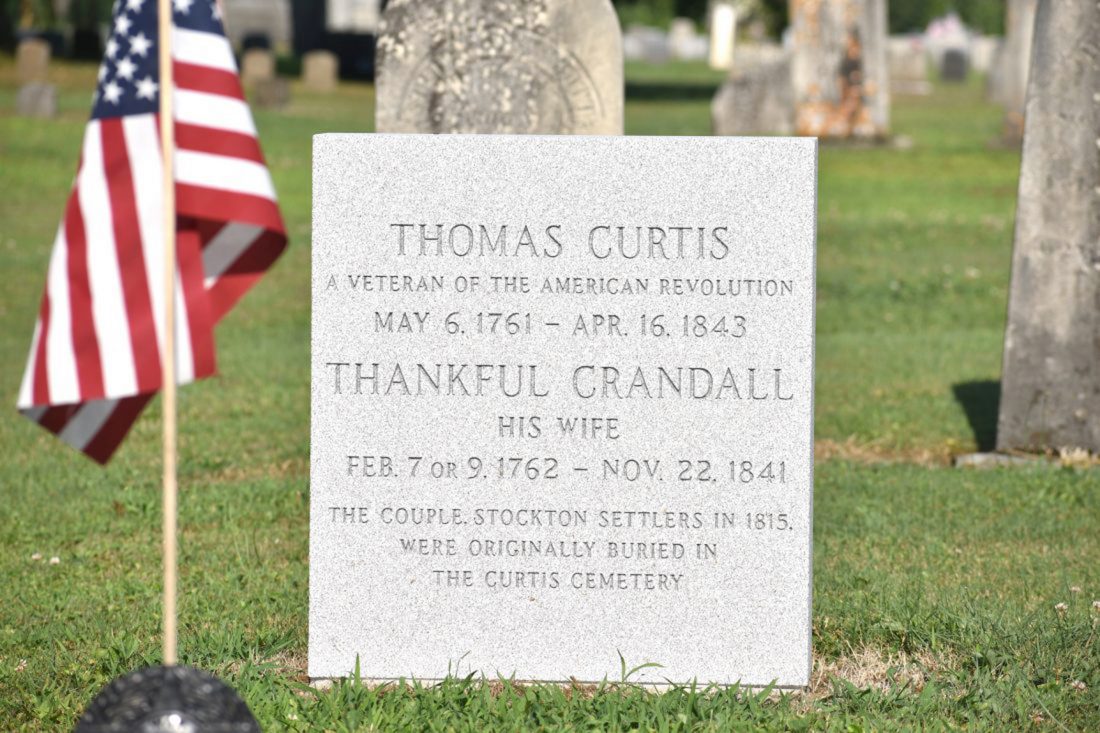 Photos by Jordan W. Patterson A new headstone for a local Revolutionary War veteran has been added to the Greenwood Cemetery in Stockton. Thomas Curtis and his wife Thankful were given a new headstone after the original was destroyed. Curtis settled in Stockton in 1815 leaving behind a family legacy throughout the county.

STOCKTON — A local Revolutionary War veteran can once again rest in peace.

Thomas Curtis, who settled in Stockton in the 1800s, and his wife Thankful Crandall, have recently been given a proper headstone in the Greenwood Cemetery in the town of Stockton. The two were previously buried in the Curtis Cemetery where their original headstones were damaged beyond recognition.

Curtis, whose last name was also spelled as Curtice at the time, settled in Stockton in the early 19th century where many of his descendants now live today.

“It will mean a lot in the long run,” said Liz Curtis, who married a descendant of the Curtis family and helped track down their family genealogy. “It’s an important piece of family history.”

Rupert Loucks, a descendant of Thomas Curtis, is credited by Liz Curtis for doing much of the work to ensure that their ancestor received the new headstone. Liz Curtis is married to Robert Curtis, Loucks’ cousin.

After the War of 1812, Thomas Curtis’ sons made their way to Chautauqua County municipalities like Cherry Creek and Stockton, and he soon followed in 1815. Liz Curtis described her late family members as religious and farmers, and ones who kept to themselves.

Thomas Curtis married Thankful Crandall, and the two left behind a family legacy in the region.

The family tree includes many descendants of Thomas Curtis to remember his name — many of whom are still passionate about their own history.

Along with other local Revolutionary War veterans, Thomas Curtis’ enlistment is detailed in Volume 1 and 2 of the historical book “Patriot Soldiers of 1775-1783: The Veterans of the War for American Independence of Chautauqua County, New York.”

In 1781, serving under a special taskforce, Curtis fought in the military engagement at West Canada Creek in New York state.

Curtis died in 1843 and was buried in Stockton at the family cemetery that would later be forgotten. His wife died two years earlier in 1841.

Later, however, the resting places of many Curtis family members were moved after the property on Bruyer Road had changed ownership. Also, local family cemeteries in the area were consolidated to the Greenwood Cemetery at its current location in the township.

While not technically abandoned, the Curtis cemetery was left to decay and was even vandalized in the 1950s, Liz Curtis said. While several Curtis family members were transferred to the Stockton Cemetery, headstones belonging to Thomas and his wife Thankful did not make it in one piece. Remnants from the old headstones of Thomas Curtis and Crandall are visible at the cemetery but are not legible.

Only a small piece of Thomas Curtis’ original headstone remains and Crandall’s has about a quarter still intact. The bodies were relocated to the new burial as well during the transition.

Liz Curtis said her ancestor’s headstone was not recognized as a veteran’s resting place because it was so badly damaged. She would often visit the cemetery and place an American flag at his headstone to signify his service.

But now, with the help of Loucks, a headstone of the Revolutionary War veteran and his wife is now in place.

“It meant a lot to Rupert,” Liz Curtis said of finally getting Thomas’ stone ordered.

She said securing the headstone for Thomas and Thankful Curtis, while important for Loucks and the family history, was also important for the country’s history too.

“The only thing you have left is something physical and I think that’s an important piece of American history — the history of soldiers and farmers,” Liz Curtis said. 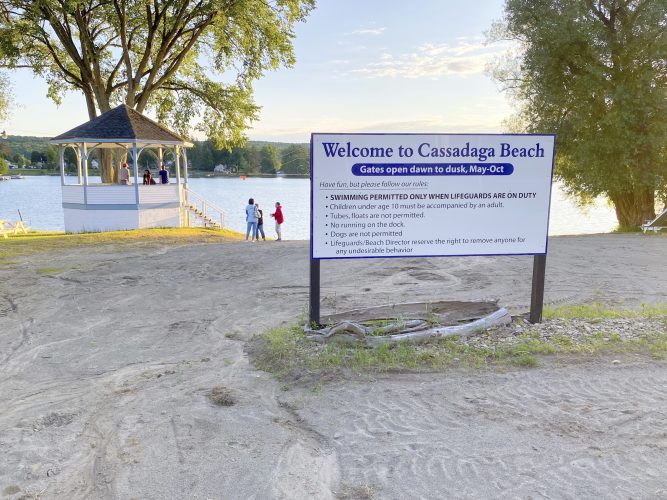