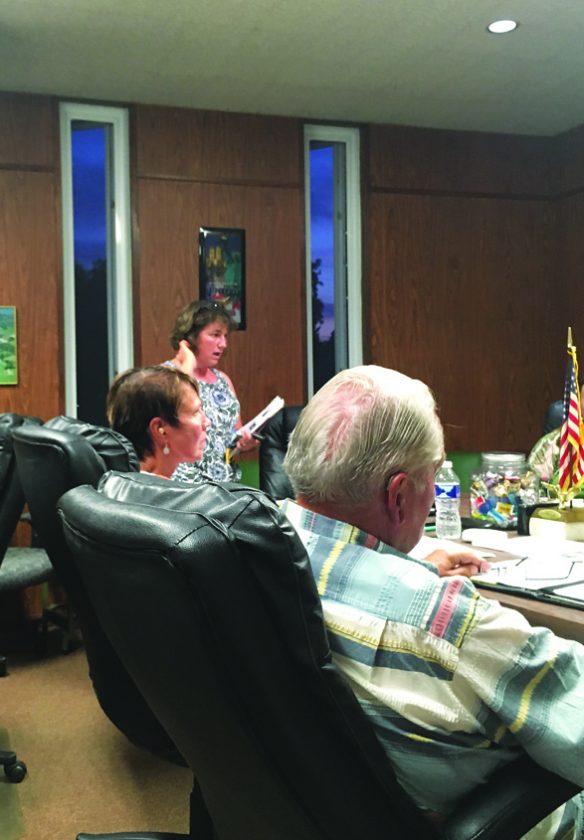 CASSADAGA — Trustee Theresa Seibert, who hasn’t attended a village board meeting since the first week of June this summer, stormed out of the latest meeting of the Cassadaga Village Board this week following a tense confrontation with Mayor Bill Astry and several other members of the board.

Following a brief discussion and approval of a public hearing set for September 18 at 7 p.m. on a new uniform set of code enforcement and fire laws, Seibert was given the floor for her regular comments as a trustee.

“Has Lenny (code enforcement officer Len Ensalaco) checked into the church/antique shop, whatever it is now?” Seibert inquired as part of her comments.

Seibert then quickly asked, “I understand that, but it’s becoming an eyesore.” 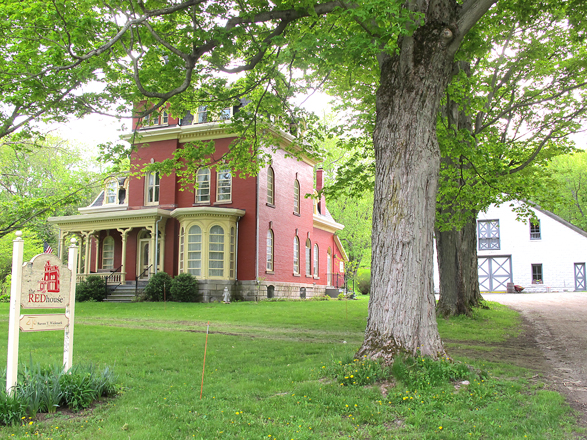 In response, Astry said, “Well, that is his business, that’s what he does for a living.”

Not satisfied, Seibert asked, “Isn’t there zoning to say how much stuff you can have on your front lawn?”

Astry then replied, “How many pieces? No.”

Seibert then said, “So he’s in full compliance?”

Village Clerk Roxanne Astry then interjected, adding, “We don’t have anything in the zoning that actually says anything about that.” 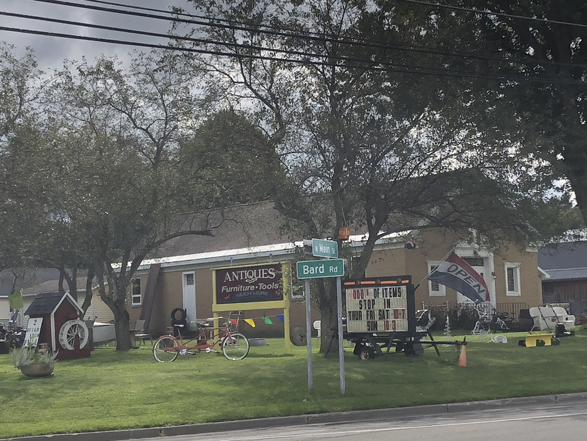 Seibert then began listing details about the antique shop, also known as Ron’s Treasures, located at 88 N. Main Street, referring to it as a ‘junk yard’ on several occassions. “People are very offended by the antique shop,” Seibert stated. “There’s copious amounts of stuff in the yard.”

Flaherty then stated, “It’s got to be in the zoning.”

Seibert then replied, “I find it hard to believe its not in the zoning.”

Astry interjected, “It is in the zoning. Main Street is zoned commercial from one end to the other.”

Seibert, getting frustrated, then said, “He looks like he has a continuous collection in his yard at all times.”

Astry replied, “Do you understand that’s what he does for a living?”

Seibert then shouted, “I don’t care what he does for a living! It still has to abide by the zoning laws.”

Flaherty then said, “It’s not in there.”

A verbal disagreement ensued, and at one point, Seibert claimed Astry was laughing at her. “That’s very unprofessional. … I have come here tonight with concerns of residents of the village people,” she stated, suddenly adding. “The answers that I got about the Red House initially were not answered.”

The sudden mention of Red House, which hasn’t been discussed outside of executive session at a board meeting for months, seemed to surprise the room.

“I’m going back to share with them that the barn dance was cancelled because they knew they were not in compliance,” Seibert stated. “However, they know they’re not in compliance with wedding venues, but yet they carry those venues on.”

Roxanne Astry then stated, “The ones from now on, they are allowed to.”

Irate, but not yelling, Seibert then stated, “Also, nobody in this room knew, at an eight-hour meeting for Lily Dale that the Wickmarks were selling or trying to sell their commercial business to Lily Dale, who is going to take it off our tax map.”

Seibert then directly addressed the OBSERVER. “Please put it in the paper, because I am totally in disagreement with that. … Lily Dale voted it down, thank God. … I would like the Wickmarks to move forward and start abiding by laws.”

Roxanne Astry then said, “They are abiding right now.”

Seibert then replied, “Thank goodness, it’s been over a year. They had no business starting these wedding venues to begin with this season.”

At that point, Seibert excused herself from the meeting.