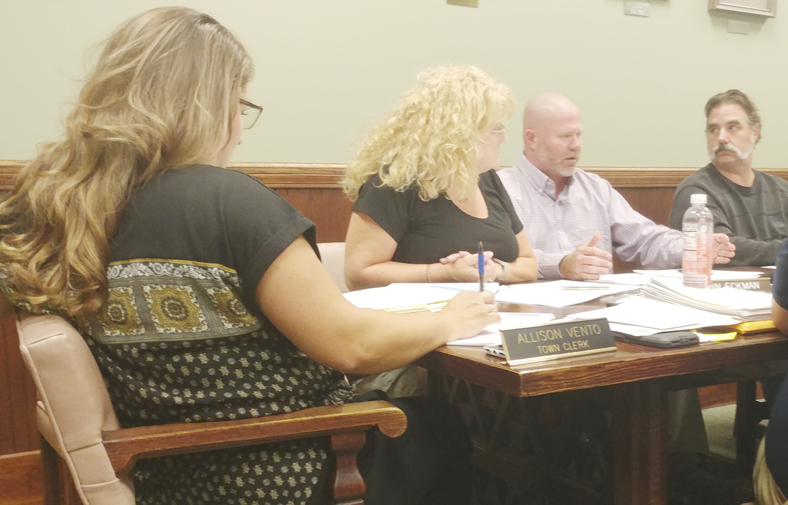 After years of talk about it, Phase 2 of Pomfret’s North End Water District seems further away than ever.

Chuck Civiletto came to Wednesday’s Pomfret Town Board meeting seeking some answers about grant money for the project. Civiletto, a former town board member, lives in an area that’s been under consideration for the water service expansion since at least 2013, the year Phase I was completed.

Town Supervisor Don Steger had bad news for him.

“This round of grants we did not get,” he said. “We can check again and see if (USDA) Rural Development has interest.”

Steger was referring to a $30,000 state grant town officials wanted to put towards engineering and planning of Phase II. Getting that funding would have given the town a chance to apply for a hardship grant for the actual water line construction.

Civiletto asked Town Attorney Jeffrey Passafaro if Pomfret could charge higher water rates in certain areas of the town that would benefit from Phase II, in order to fund the project. Passafaro said it was possible, if the town did it “in accordance with a certain procedure laid out in town law.”

However, he said that alone wouldn’t ensure the town could pay for Phase II’s completion. “Without some funding programs, it’s not going to work,” he said.

Steger said Wendel Engineering, which did planning for the town on Phase I, was willing to do the work before grant money came in because everyone was confident the town would get it. The company is not willing to do that for Phase II, he said.

Councilman Brett Christy replied that the town might want to seek other options for planning. “I’m willing to stir the pot and put some requests for proposals out there … It’s time to move ahead,” he said.

He later added, “I don’t think anybody sitting at this table tonight knows our second stage is going to be ‘13,000 linear feet from Point A to B to C to D to E to F.’ We don’t have a clear definition of what we want and that might be a good reason the state is saying no.”

Christy said the town board should do a review of Phase II in the new year, after the election. “We’ve been sitting dormant for years. We’ve got to take baby steps and start building our water system again.”

Town Councilman Christopher Schaeffer suggested the village fund the planning report itself, without waiting for a grant. “And if we dont get funding for a year or two do we spend another $30,000?” responded Councilwoman Ann Eckman.

Civiletto then asked Steger, “Couldn’t your own DPW put the equipment in? A mile of pipe here, a mile there?” Steger replied the town does not have the proper equipment.

The discussion ended with no action taken, and Civiletto walked out of the meeting.