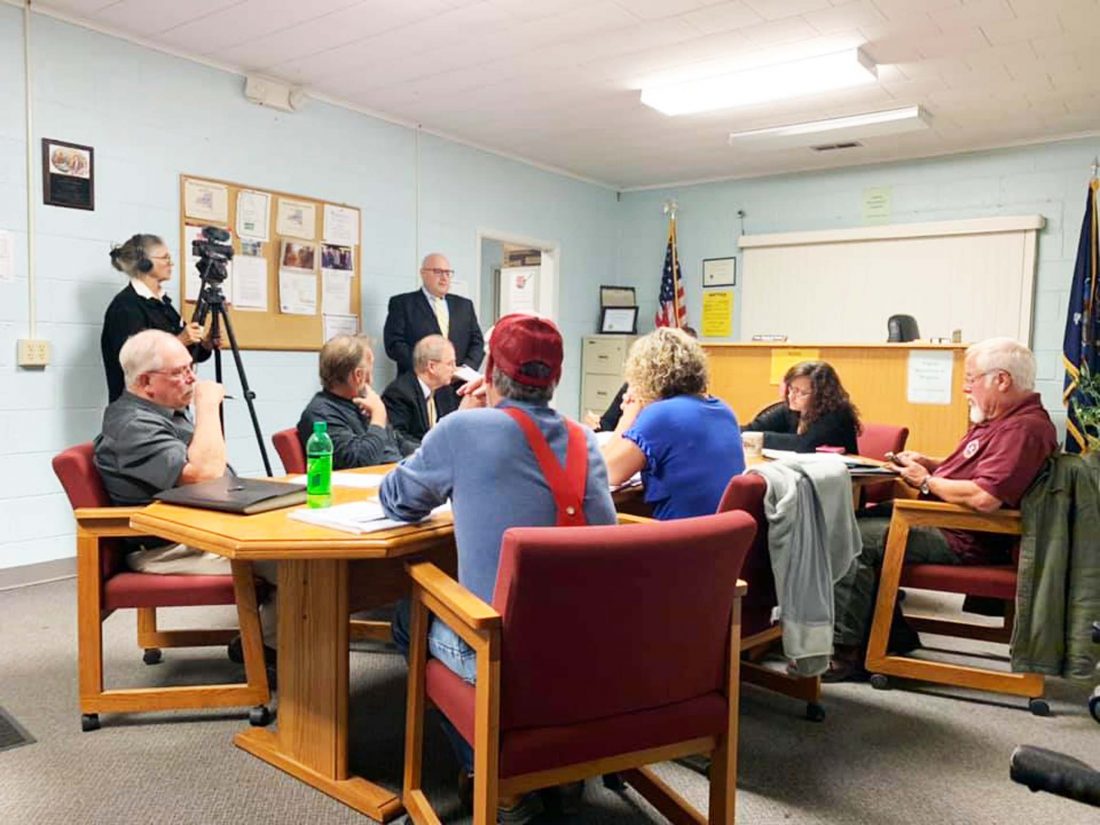 OBSERVER Photo by Jo Ward The Villenova Town Board voted unanimously to dissolve its planning board Wednesday evening.

VILLENOVA — Wednesday saw the final dissolution of Villenova’s planning board, in trend that’s growing more popular in small towns and villages around the region.

“There is no requirement that a town have a planning board,” Town Supervisor Yvonne Park began. “If the planning board is abolished, the town will continue to have a zoning board of appeals and a town board. There is no need to have three boards.”

According to Park, the planning board had certain advisory functions including when matters are referred to it by the town board or the zoning board of appeals, as well as independent jurisdiction over some special use permit applications. Town records indicate that the last such application was in February 2011 and nothing has been put across the board since then. The town board also stated that in the last 10 years, the planning board has only met on a handful of matters.“The only jurisdiction our planning board had was for special use permits, under 5,000 square feet or under five residential units that do not also need a variance, because then that would go to the zoning board,” town attorney Donald Michalak stated. “That means they had very limited power. Larger projects in this town have always been kept as the jurisdiction of the town board. So the only thing that will happen is the town board will now take on smaller projects as well.”

When asked by the OBSERVER about a petition of 100 plus signatures that had been submitted following the meeting Park had this to say: “Half those people do not live in the town of Villenova, some, I think, were not even qualified to have signed it, I think they were underage. And it doesn’t change that there’s nothing for them to do. This was thought about over a year ago.”

Many residents were displeased and stated their disappointment during the public portion of the meeting.

“It’s so blatantly obvious that you don’t want any input from your citizens and it’s very disappointing to me,” town resident and planning board hopeful Nancy Huber said.

The dissolution was passed unanimously by the entire board. As reported in the OBSERVER, the town of Dunkirk and the town of Ripley are both considering abolishing their planning boards. The towns of Charlotte, Gerry and the village of Sinclairville have already having abolished theirs.

The next regular meeting of the Villenova Town Board will be Nov. 6 immediately following a public hearing for the 2020 budget. There will also be a special meeting on Wednesday, Oct. 30 at 6 p.m. to vote on the Ball Hill Wind Tower Final Environmental Impact Study at the Hamlet United Methodist Church in South Dayton. Both are open to the public.