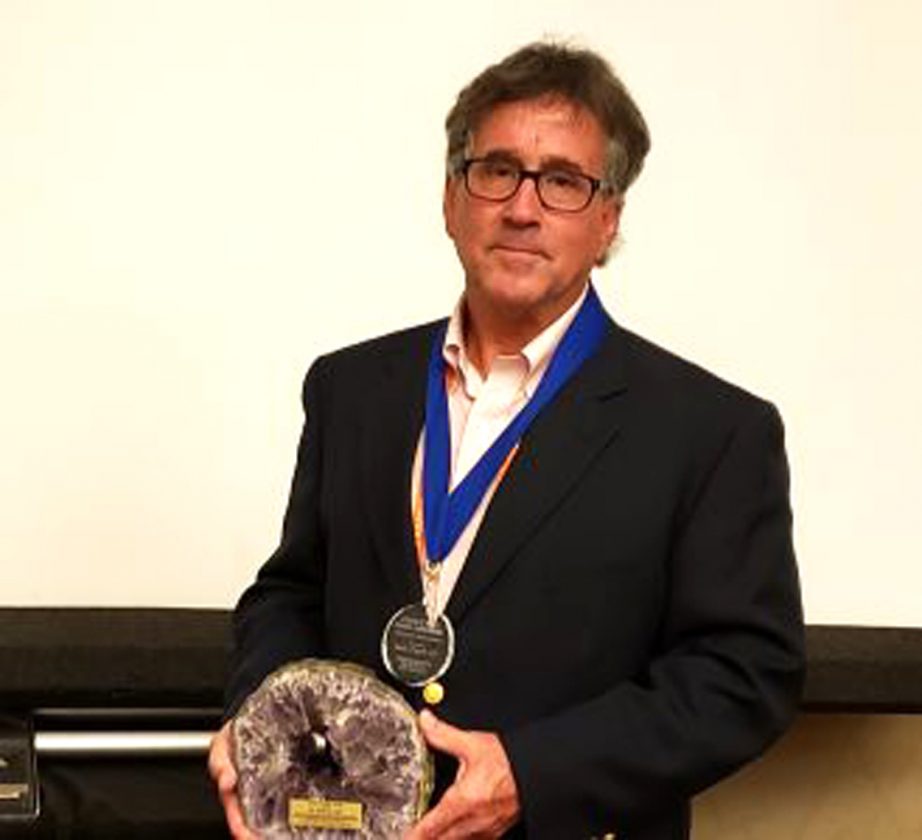 Gary Lash, Professor Emeritus of geology at the University at Fredonia has received the John T. Galey Memorial Award from the Eastern Section of the American Association of Petroleum Geologists (AAPG).

The John T. Galey Memorial Award is the highest honor that the section presents, “intended to recognize distinguished geoscientists whose outstanding accomplishments and contributions to (the) profession and its application have been directed toward the betterment of society.” The award consists of a medal and a unique, mounted geological specimen, and the opportunity to present the John T. Galey memorial address at the opening session of the section’s annual meeting. The title of Lash’s Keynote presentation was “The Evolution of that Appalachian Orogen as seen from the Lake Erie Shoreline.”

The Galey Award honored Lash as an extraordinary geologist, teacher, and mentor, whose scope of research, depth of knowledge and experiences enriched the geoscience community, both nationally and internationally. He has been instrumental in helping numerous young scientists establish their careers, and through his Geosciences scholarship at Fredonia helps to create the opportunity for geology students to achieve their dreams. In 2012, Dr. Lash was named the Eastern Section American Association of Petroleum Geologist Outstanding Educator. While at Fredonia, Lash received the William T. Hagan Young Scholar/Artist Award (1989) and the Robert W. Kasling Lecturer Award (2012).

Born in Allentown, Pennsylvania, Gary Lash received a B.A. in geology at Kutztown University and the MS and Ph.D. degrees at Lehigh University. As a graduate student, Lash worked with the United States Geological Survey on field studies of the Appalachian foreland basin sequence of southeastern Pennsylvania. Part of this work entailed the application of modern oceanographic and tectonic principles to the analysis of the Ordovician deep-water sedimentary succession. Lash became a member of the Geology faculty at the State University of New York, Fredonia, in August 1981, retiring from teaching in January 2018. During his tenure at Fredonia, Lash maintained an extensive research program. His early work entailed structural and stratigraphic studies of deformed shelf and deep water Ordovician rocks of the central Appalachian orogen as well as western and central Newfoundland. In the late 1990s, Lash began investigating the well-exposed Devonian shale succession of western New York with emphasis on the nature and origin of natural hydraulic fractures hosted by these rocks, especially the organic-rich black shale. Lash’s work on Devonian shale evolved from fracture mechanics and the nature of the Devonian lithospheric stress system to the subsurface stratigraphy of these rocks throughout the Appalachian basin as well as the trace element geochemistry of both the organic-rich and organic-lean shale. Further, Lash has devoted a great deal of time and effort to elucidating the role of very early (biogenic) methane generation and migration within the succession on the diagenetic history of these deposits. Dr. Lash has been involved in an especially fruitful collaboration with Professor Emeritus Terry Engelder of Penn State on the research of various aspects of Devonian shale. Most recently, he has published on the stable element isotope chemostratigraphy and magnetic susceptibility of the Upper Devonian sequence with emphasis on the timing and significance of large amplitude isotope events. This work has resulted in the recognition of microtektite-like objects in the succession that correspond roughly with the Alamo Impact Event. Lash is presently working with several research groups from Chinese universities, including the University of the Chinese Academy of Science, on a variety of research projects related to facies and depositional models of black shale, very early diagenetic processes that can alter these deposits both texturally and compositionally, and the evolution of nanoporosity. He has played host to several Chinese graduate students who recognize Gary as a leading international geologist.

In 2011, Lash, along with two colleagues, was cited as one of Foreign Policy Magazine’s “Top 100 Global Thinkers” for helping to make gas shale a geopolitical issue. Lash was a featured scientist on “Crude,” a documentary produced by the History Channel in 2008. He was awarded the Frank Kottlowski Memorial Award for the best paper, Energy Minerals Division, at the 2012 National American Association of Petroleum Geologists meeting. Dr. Lash has authored and co-authored hundreds of publications in peer-reviewed journals, books, abstracts and technical reports. Lash has served on the editorial board of The Open Petroleum Engineering Journal; he is currently on the editorial board of the Journal of Palaeogeography, Palaeoclimatology, Palaeoecology . 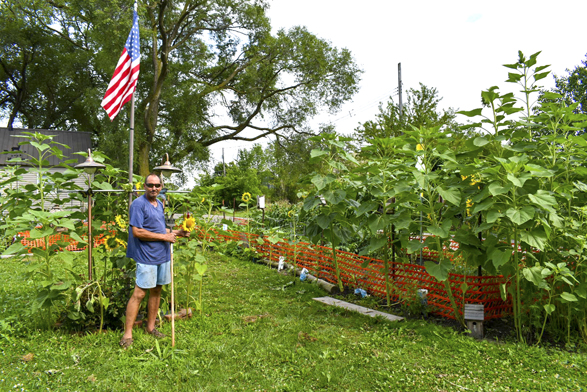 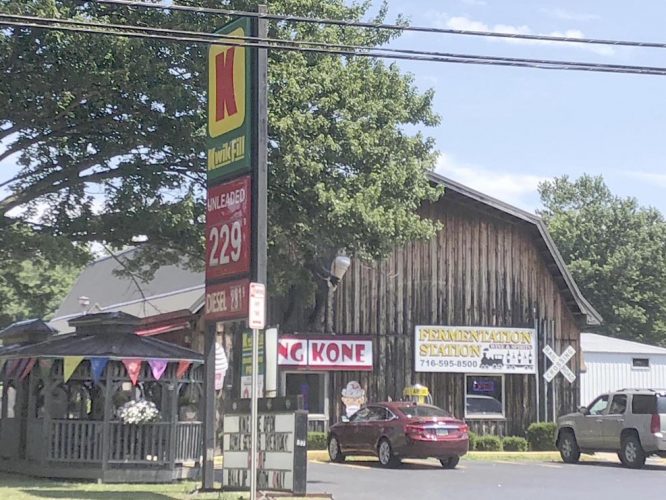