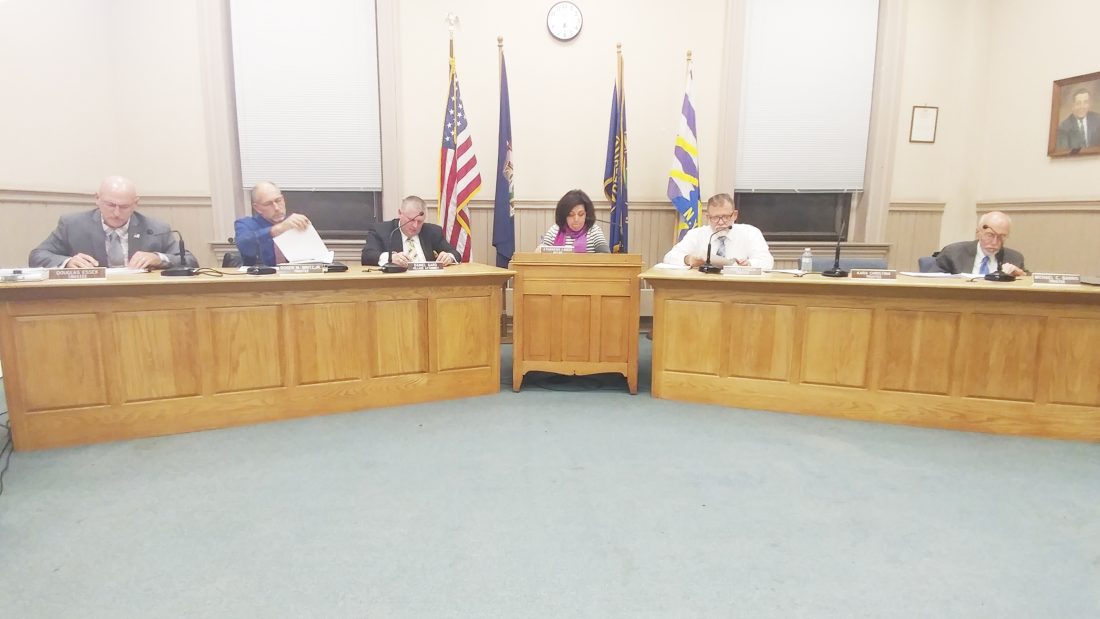 The renovations to Fredonia’s water treatment system will be pricier than expected. The village took the first step toward bonding for the additional money Monday.

Mike Manning, an O’Brien and Gere engineer working on the project, told the village board of trustees Monday that project planners realized the system needs more work than originally expected.

“The initial project, the scope was pretty limited,” he said. “Once we got into it, we realized there’s a bigger need.”

The most prominent of those needs: Replacing the clarifiers. “Clarifiers are your first barrier against contamination in the system. What they do is remove the heavier stuff that comes in the plant,” Manning said in a December 2018 presentation to the trustees on the project.

On Monday, he said that while the original plan was to refurbish the existing clarifiers, “They’re more than 30 years old and they’re tired.” Project planners now feel it’s best to just replace them entirely, rather than keep repairing them, he said.

Other issues that came up included:

¯ It was discovered that “the filter-to-waste piping is problematic,” Manning said, and that will need replacement.

¯ A key electrical component at the Webster Road pumping station must be replaced.

¯ “The (state) Department of Health has a wish list of items we need,” Manning noted. To get its approval for the project, negotiations were needed on the list, though Manning didn’t discuss what the items were.

All of this raises the project price to “an estimated cost of $2,257,000,” according to a resolution the trustees passed Monday authorizing Municipal Solutions, Inc. to do the technical work of amending the project budget for “a total cost not to exceed $18,000.”

In December, the price tag of the project was said to be $1,650,000. Mayor Athanasia Landis said $953,000 in state grant money was in place, with the village hoping to get more.

On Monday, the Board of Trustees authorized, subject to a permissive referendum of village residents, floating $700,000 in bonds to get more money for the project. Monday’s move does nothing to issue the bonds, but allows the village to make the move for the project at a later date.

Trustee Michael Barris wondered why the village should bond for the additional funds the project now demands. Jeff Smith of Municipal Solutions responded that right now, Fredonia essentially has two other options for finding money: Dipping into its fund balance or getting a loan from the Rural Development Administration.

The village can put off a decision on the bonding for up to two years while it explores other options, Smith said. As for getting more grant money, he sounded pessimistic about that.

The project was initially supposed to be started in June, but now it looks like it won’t start until at least the spring. Manning said, “We’d like to be under contract with contractors by February 2020.”

He confirmed that O’Brien and Gere is ready to solicit bids and has Department of Health approval for the project.