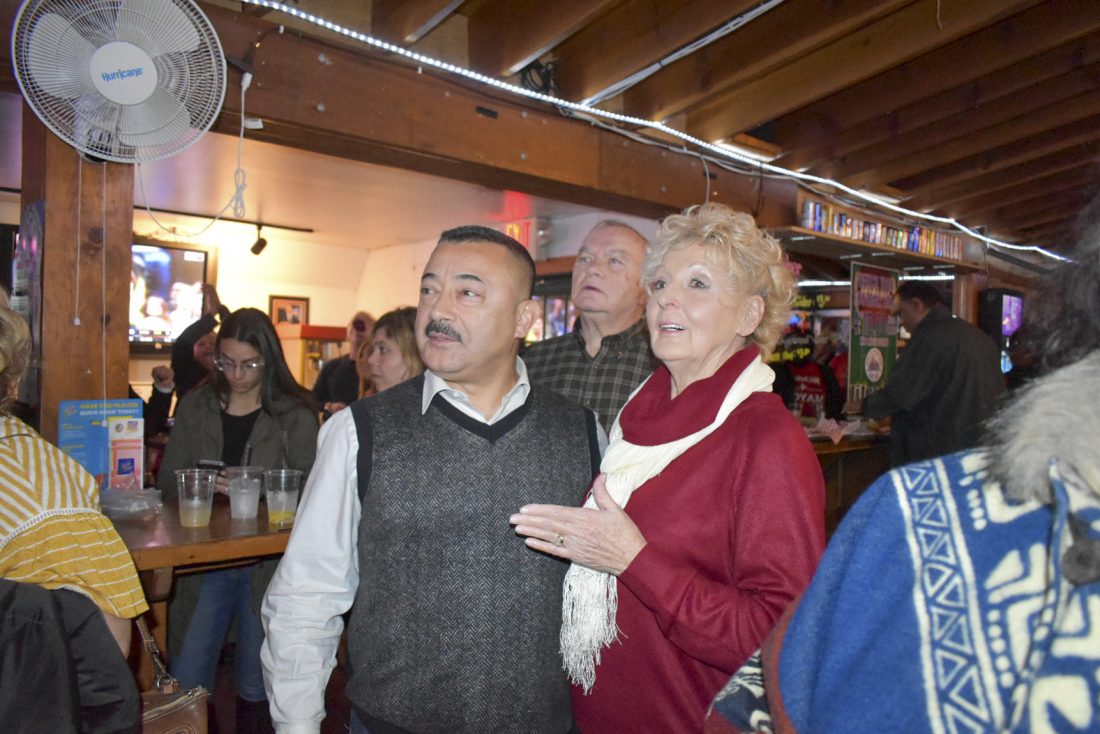 Ahead by only 48 votes with all districts reporting Tuesday night, Democrat Wilfred Rosas appears to have won his bid for re-election to serve as mayor of the city of Dunkirk for another four years.

“I’d like to thank all of my supporters,” Rosas told the OBSERVER on Tuesday night at Rookies on the Lake, where city Democrats gathered to support their candidates. According to the unofficial results posted by the Chautauqua County Board of Elections, Rosas received 1,590 votes on Tuesday night. “The past four years have been a learning experience for me, and now to see that I’m still getting support from city residents, obviously shows that they approve of my work, and I intend to continue to work hard for every resident in our city.”

Republican mayoral candidate Shaun Heenan, who received 1,542 votes as of Tuesday night, expressed his gratitude for his supporters, many of whom were gathered at the Dunkirk Exempt Firemen’s Club on Tuesday night. “It looks like we’ve lost, but it looks like three of our Republican city council candidates have won, and I’m happy for them,” Heenan told the OBSERVER. “It was a great run, and we all had a lot of fun, and I couldn’t ask for more from everyone who came out and supported me.”

Rosas is looking forward to his next four years leading the city of Dunkirk. “We accomplished a lot in my first term,” he told the OBSERVER. “Our fund balance has improved, and we’ve improved all of our city facilities. The morale of our city workers has improved a lot, too. Bringing in the funding to be able to improve the city is a huge accomplishment. I think that’s what a mayor’s job is supposed to be: to make contacts at the county, state and federal levels to ensure that we get the support that we need here in our community, and I think we’ve done that.”

In addition to bringing in more funding for the city, Rosas said in his next term, “We will be looking at purchasing our own equipment so that we can pave our own roads. That’s one of the biggest issues that we have here in the city, and many municipalities have those same issues.” 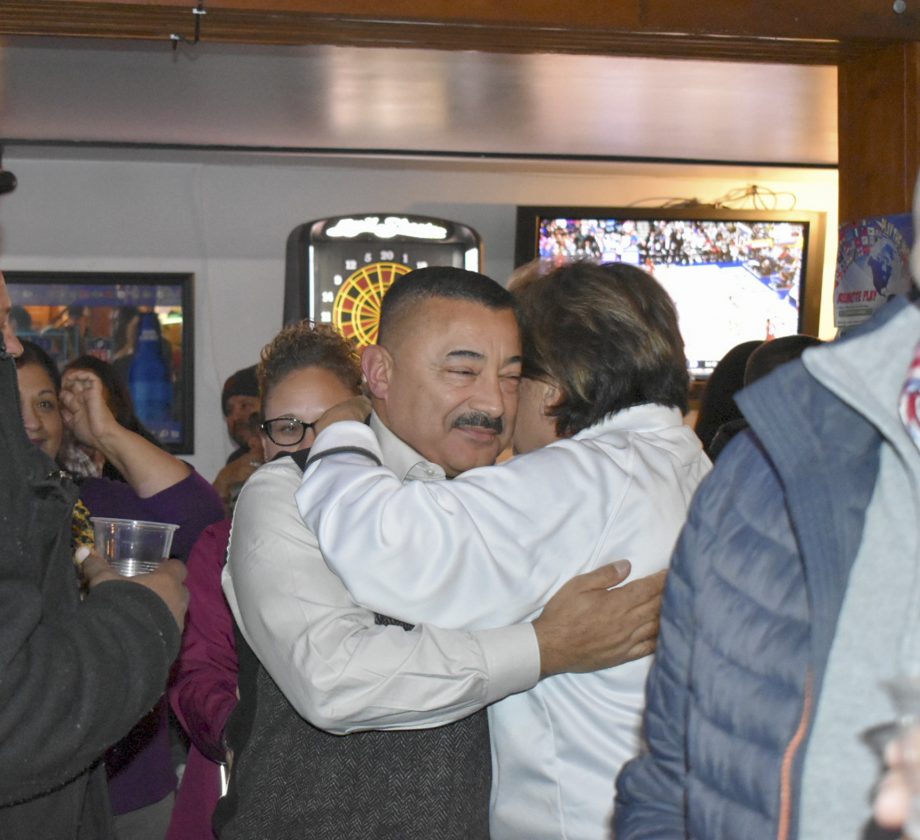 In his next term, Rosas will be working with a primarily Republican city council after the results of Tuesday’s election. In the First Ward, incumbent Don Williams, Jr., Democrat, was reelected to another term, beating Republican candidate Dennis Welka, 1,770 votes to 1,157. In the Second Ward, incumbent Marty Bamonto, Democrat, ran unopposed and was reelected to another term with 2,197 votes.

In the Third Ward, Republican candidate J.J. Stoyle beat Democratic candidate Miriam Lugo Alfaro, 1,829 votes to her 1,187. “I love my supporters!” an enthusiastic Stoyle told the OBSERVER. “I’m a little disappointed in the mayor’s race, but it is what it is. It’s what the people want, and we’ll work with whoever gets elected. Everybody’s here tonight to make this place — the city — better.”

In the Fourth Ward, Republican candidate Nancy Nichols beat incumbent and Democratic candidate Michael Civiletto, 1,610 votes to his 1,401. “I’m in shock,” a tearful Nichols told the OBSERVER Tuesday night. “Thank you, from the bottom of my heart, to my supporters.” Although this is Nichols’ first bid for a seat on the city council, she has been a resident of the Fourth Ward for 43 years. “If I didn’t have the people that believed in me to make a difference in our ward, in this city, I wouldn’t be here,” she said.

For city council at large, Republican candidate Paul VanDenVouver beat Democratic candidate Frank Beach, 1,757 votes to 1,259. “Thank you very much to everyone for coming out and supporting us, especially the people who came out and voted in the primaries,” VanDenVouver told the OBSERVER. “I appreciate all the voter support we had.” 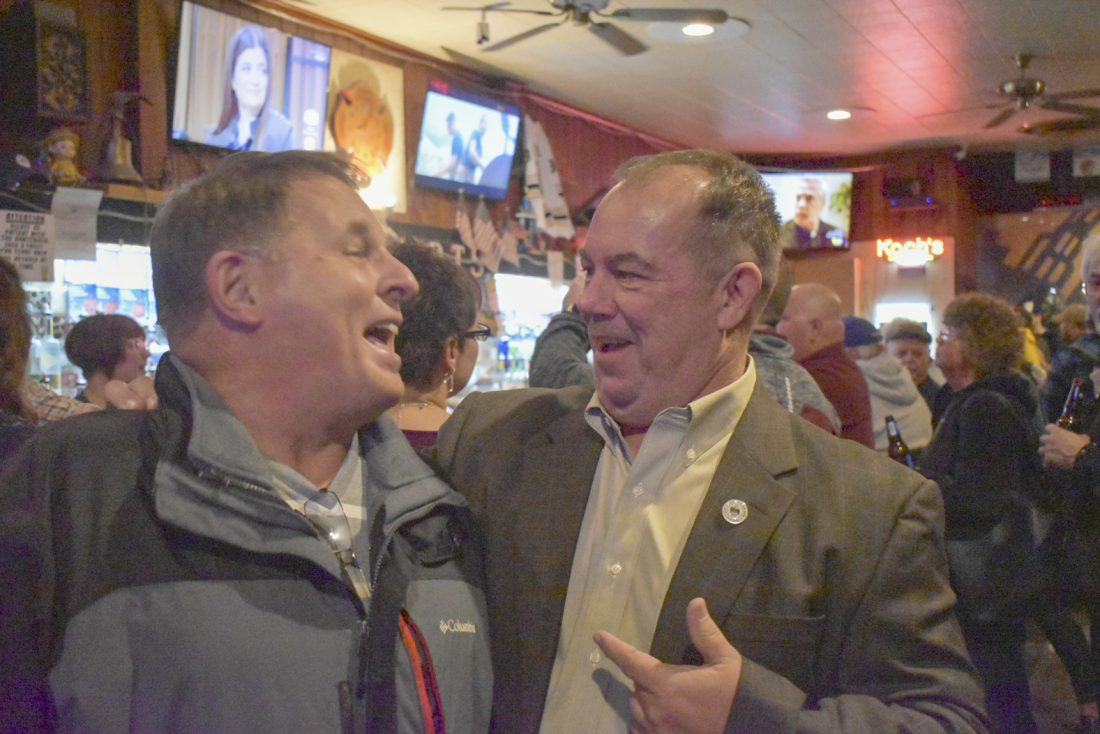