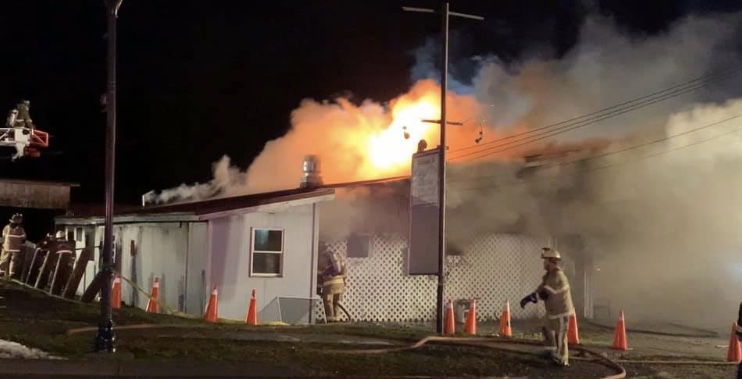 Photo by Eric Tichy Firefighters were at the scene this morning of the Mayville Diner fire.

MAYVILLE — Firefighters worked into the early hours this morning battling a fire that ripped through a longstanding village restaurant.

The diner is across the street from the Mayville Fire Department.

The area surrounding the diner was closed to traffic as firefighters tried to douse the blaze. Photographs and video posted to social media showed the building almost completely engulfed by flames.

By midnight, fire could still be seen periodically coming from the diner’s roof.