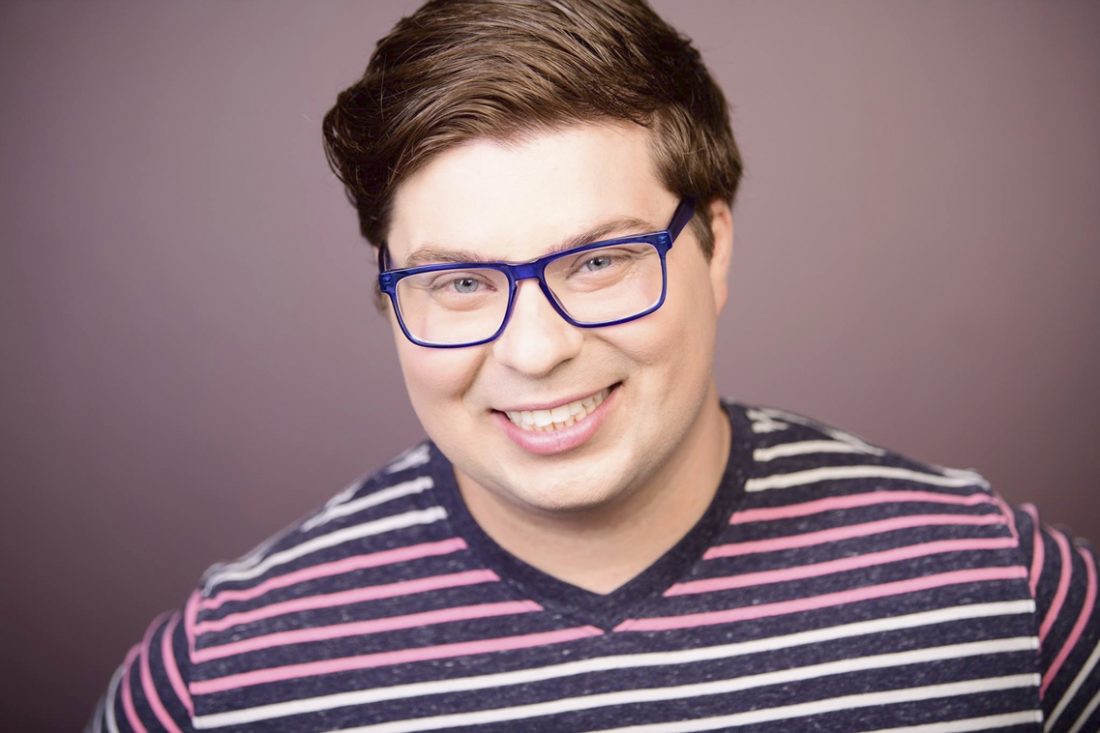 At just 28 years old, Brandon James Butorovich’s acting career has taken him to New York City and beyond, and this week, he returns to his home town to star in TheaterWorksUSA’s production of “Dog Man: The Musical” at SUNY Fredonia.

Butorovich was born in Dunkirk to Fredonia High School alumna Renee Balzer Butorovich and Peter Butorovich, SUNY Fredonia alumnus, who later moved to Wilmington, North Carolina to raise their family. Butorovich still has many ties to the area, for not only is his mother from Fredonia, but so are many extended family members. His grandmother, Linda Smith, started the Invention Room in Fredonia in the 1970s, and Andrew Balzer, his great uncle, served as Dunkirk Chief of Police for approximately 30 years.

Deb Balzer, proud aunt of Butorovich, said, “We still have Balzer family members all over the Dunkirk, Fredonia and Silver Creek area. It’s fun to know that Brandon — who was born to be an actor — now gets to come back and perform in his hometown.”

Butorovich plays Dog Man, a character that has become a household name among elementary-aged students. “The show is based on the book series, ‘Dog Man, by Dav Pilkey, the same author of the ‘Captain Underpants’ series, which I read as a kid,” Butorovich explained. “He just came out with the eighth book in the series. It’s the same characters from Captain Underpants, George and Harold, who write comic books in their tree house. In our musical version, George and Harold decide to write a musical based on their favorite comic book character, Dog Man. It’s a show within a show, meaning the characters are writing the musical as the show goes on.”

The musical had its world premiere off Broadway over the summer, and Butorovich is part of the first touring production of the show, which began in September. The tour performs for school groups all over the United States and Canada and is part of SUNY Fredonia’s On Stage For Youth series, which invites students from area schools to visit the Rockefeller Arts Center for live performances throughout the year. Though not open to the public, today and Wednesday afternoon, elementary students throughout the area will have the opportunity to see some of their favorite characters come to life in what may be their first live theater experience. 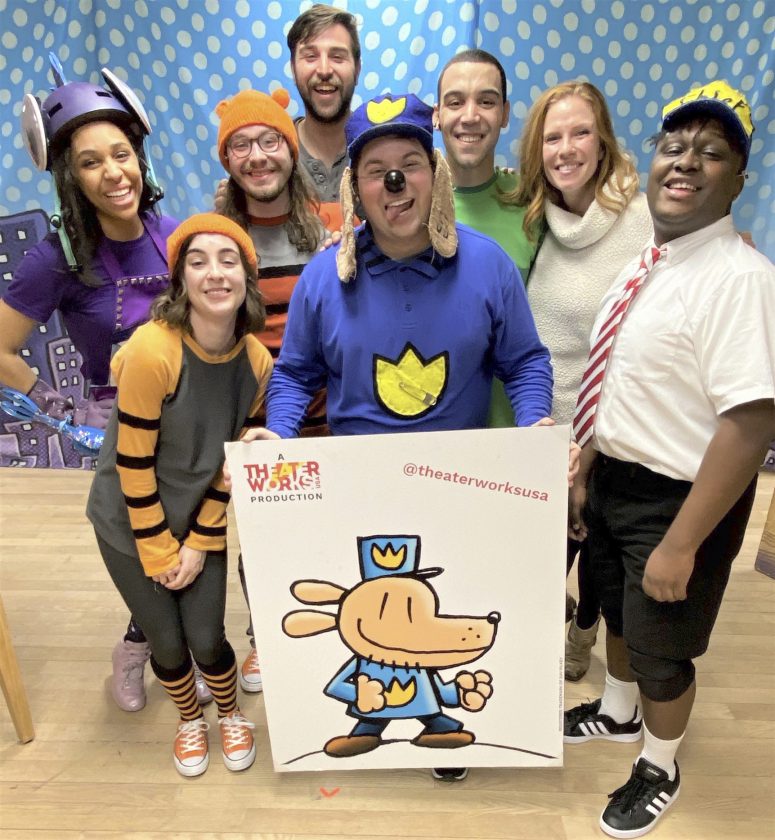 Directed and choreographed by Jen Wineman, “Dog Man: The Musical” is coming to SUNY Fredonia as part of the On Stage For Youth series to perform for elementary classes from all over the area today and tomorrow. Pictured here is the entire cast, including Dunkirk native Brandon James Butorovich (center), who stars as Dog Man. Submitted Photo.

Butorovich has performed off Broadway and toured with two other theater companies; however, performing in “Dog Man” has been an especially rewarding experience. “These students have so much energy, and we actors just feed off it,” he told the OBSERVER. “We’re doing this high-energy show, and touring can be really exhausting. But once the show starts and I hear their excitement and laughter, it really helps me.”

Unlike other audiences, Butorovich said school-aged children appear to embrace the live-theater experience in a way that older audiences can’t. “The younger members of the audience just seem to get it,” he remarked. “No matter how crazy or silly the show is, they just go with it and enjoy it. It’s an honor to give them what may be their first live theater experience. We’re visiting some very small towns where kids might not get many experiences like this.”

“Dog Man” has given Butorovich several rewarding experiences, too. “With this show, I’ve gotten the opportunity to do what we call sensory-friendly performances,” he explained. “The lights aren’t as bright, the house lights stay up and the sound is not too loud. They’re free to get up and stretch or leave if they need to. This helps anyone with sensory issues, including students with autism. We’re truly doing a show that all are welcome to, and it’s awesome making theater accessible for everyone.”

According to Butorovich, the importance of theater education in schools cannot be overstated, as it not only launched his career, but gave him many skills that he continues to use in several areas of his life. “It’s all about expression and getting out of your comfort zone,” he explained. “I’m actually a very shy person. With theater, specifically, it got me more comfortable in front of people. It’s great public speaking experience.”

Additionally, theater teaches teamwork, Butorovich noted. “There’s so much more to theater than acting. There’s the tech side of things, makeup, costuming, sound, and so much more,” he said. “So many people have to work together to put on a show, and that’s a great experience for students to have at a young age.”

Butorovich knew he wanted to become an actor in 10th grade, when he took part in a school trip to New York City. There, he saw two Broadway shows, “The Producers” and “Beauty and the Beast,” and was immediately inspired. “I was completely mesmerized,” Butorovich recalled. “I just couldn’t believe what I was seeing happening live: the special effects, the singing, the dancing. I then enrolled in a drama class as an elective in high school and just fell in love with that.”

The actor encourages all aspiring thespians to just “go for it.” He told the OBSERVER, “If it’s truly what you want to do in your heart, just do it. It’s going to be hard, but I’ve figured out that everything in life is hard, so just get involved.” He advises students to become part of as many school productions and community theater opportunities as possible. “Stay involved,” he recommended. “The more you practice, the more comfortable in your body you are, and the better an actor you’ll be.”

Directed and choreographed by Jen Wineman, “Dog Man: The Musical” is coming to SUNY Fredonia as part of the On Stage For Youth series to perform for elementary classes from all over the area today and tomorrow. Pictured here is the entire cast, including Dunkirk native Brandon James Butorovich (center), who stars as Dog Man. Submitted Photo.