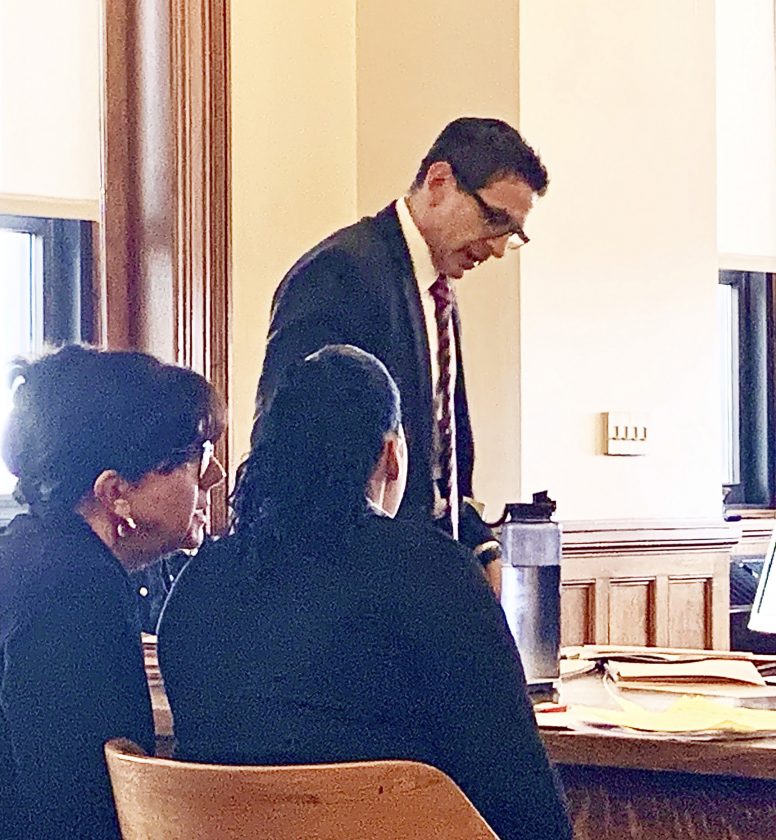 MAYVILLE — The prosecution rested its case Tuesday in the Ashlyanne Lopez-Lopez murder trial.

The trial, which began Friday, continued Tuesday in Chautauqua County Court. Detective Carlos Troche of the Dunkirk Police Department took the stand testifying that he responded to the scene on May 15 where a lot of blood was present. While there he came across a steak knife in the grass that according to him looked like it had been there awhile and was not the one involved in the fatal fight. At this time the weapon wielded by Lopez had not been recovered.

Troche also told how his team had a difficult time getting witnesses to talk and that they eventually tracked Lopez to Buffalo on May 16. There, he questioned her on the incident after her Miranda rights had been provided, and she shared her side of the story. The statement Lopez had made was read at the trial Tuesday. In it, she told of how she was “at her old apartment and went down the street to look at a new place to rent.” After that she came upon the beginning of the first fight.

Following that fight, Lopez said she noticed a young, black girl begin yelling at her and after responding that “she didn’t want trouble” she backed away and pulled a “folded knife from her bra.” It was at that time that two girls allegedly grabbed her hair from behind and everything happened.

Lt. Mark Polowy of the Dunkirk Police Department took the stand next and told of the crime scene investigation that had taken place and that no weapons were recovered, save for the knife that Troche had found. Polowy also stated that upon entering Lopez’s residence at 136 Lincoln Ave., no weapons were discovered there either.

The last witness of the day to testify was Dr. Tara Mahar, chief medical examiner for the Erie County Medical Center. When she performed the autopsy following Brown’s death, she cited three different wounds on Brown’s body. There were two cuts to the left arm — one on the forearm and the other on the upper — and what she categorized as a stab wound to the left side of her neck. The wound, according to Mahar, was 1 5/8 inches long and 1 3/4 inches deep. It had severed skin, muscle and branches of the jugular vein, the carotid artery and the ventral artery. She ruled cause of death to be “stab wound of the neck with vascular injuries.”

After the three witnesses the jury was dismissed, however court discussion continued regarding a possible witness who may take the stand today. The witness, who would be testifying for the defense, is Lopez’s sister Tatyana. She would be testifying of a prior altercation between Jefrena’s sister, Doniesha Brown and Ashlyanne Lopez-Lopez, that took place in 2018 and was investigated by police.

“You can’t disentangle that the two incidents are intertwined,” Schmidt argued as the relevancy of Tatyana’s potential statement was called into question. “It lends credibility to the situation.”

Foley said that the witness would not prove recklessness, citing that to prove self defense, which is the route the defense is taking, Schmidt has to prove that what Lopez did was what an “objective, reasonable person in that situation would do.”

Following the discussion, Foley ruled that he would review Tatyana’s statement in chambers this morning and decide if it is pertinent to the defense’s case and worth the jury’s time before she is allowed to take the stand. In the meantime, Swanson would have to collect any and all police documents, proving that the prior incident was investigated by the Dunkirk Police Department.

The trial continues with the defense’s motions today at 9:30 a.m. in Chautauqua County Court.