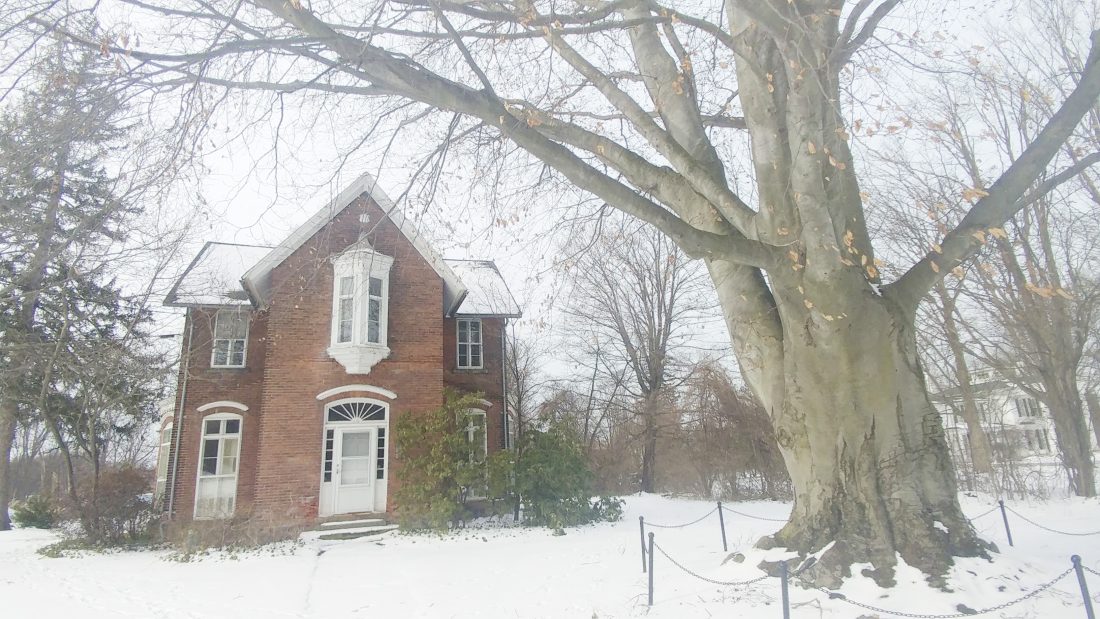 OBSERVER Photo by M.J. Stafford The Fenner House sits empty on Thursday. SUNY Fredonia wants to tear down the Central Avenue structure, but has met opposition within the community because of the house’s historic nature.

Community activist Mark Twichell presented some ideas on how to save the Fenner House at the Jan. 13 Fredonia Board of Trustees meeting.

“I would ask that the potential loss of a historic property in the village of Fredonia be treated with the same amount of respect and consideration as any other valuable commodity or valuable institution in the village,” he said. “For example, if an employer were faced with the possibility of leaving the village, this board might consider speaking with any state agency or with the employer to see if something could be done in order to preserve the value of the village. And that’s what a number of citizens are interpreting this as, a loss of value.”

SUNY Fredonia, which owns the Central Avenue structure, intends to demolish it because it would cost too much to renovate, in part because it has asbestos inside. Twichell, a Fredonia resident who said he was speaking as a member of the board of directors of the Darwin R. Barker Library and Museum, said there were four things village trustees could do to delay a demolition.

¯ “A moratorium could be made by a simple resolution that would state that no historic structure within the village of Fredonia that is listed by the state Office of Parks, Recreation and Historic Preservation can be demolished,” he said.

The moratorium would give the trustees time to draft and adopt a local law that would permit the demolition of historic structures only after input from the village zoning, planning and code enforcement departments, unless it was an emergency knockdown.

¯ The board could submit as letter to the Office of Parks, Recreation and Historic Preservation stating that, in its opinion, the Fenner House is a historic structure. As it is state-owned property, the state office has to approve any demolition plan, Twichell noted. “A letter from this board to that agency could be very influential,” he said.

¯ Twichell said SUNY Fredonia should be pressed to “place the demolition in the context of the New York State Environmental Quality Review Act.” Under SEQRA, buildings that meet the historic structure threshold are considered Type I, which requires completion of an environmental effects assessment form. If its historic character is not invoked, Twichell said, the Fenner House would be considered Type II, which does not require the assessment form.

¯ Finally, Twichell suggested that the trustees could direct the code enforcement officer to not comply with the request for asbestos abatement that the state will have to file with the village when it wants to knock the structure down.