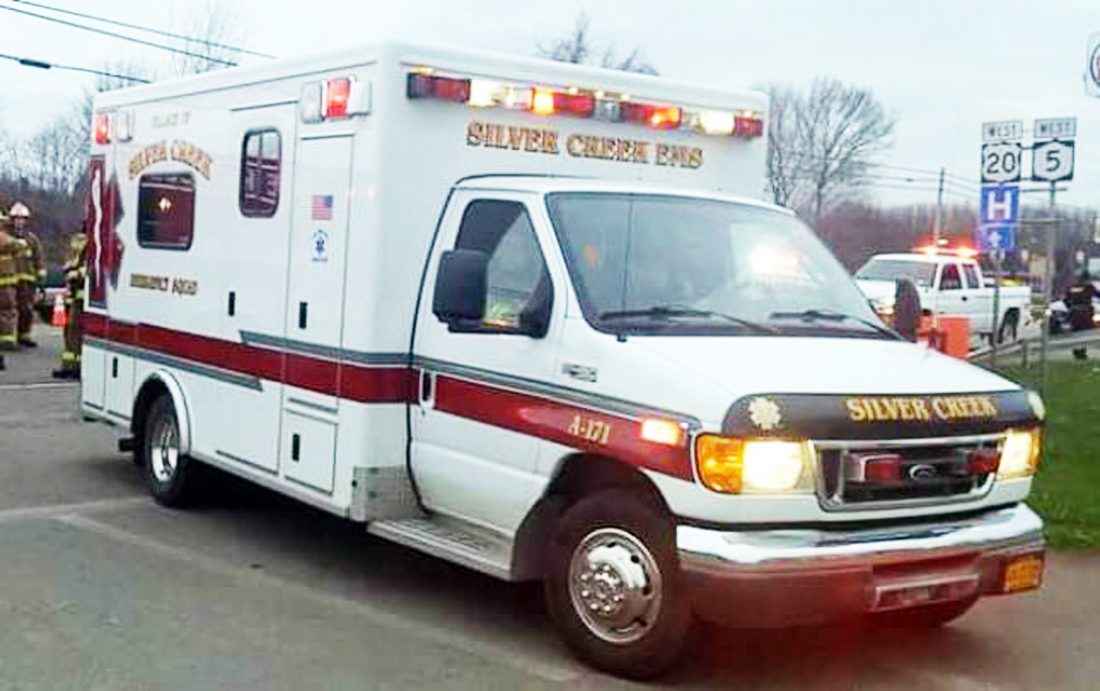 Submitted photo A revenue stream has been created for the Silver Creek Emergency Squad.

SILVER CREEK — The Silver Creek Emergency Squad has been approved to commence billing for services.

By unanimous vote, the Village Board approved by resolution earlier this month as well as the creation of the Village of Silver Creek EMS Department, which allows the squad to begin billing for services.

Mayor Jeffrey Hornburg and the board members noted they appreciate the hard work and dedication the emergency squad provides to the residents of the village and the town of Hanover. With the closing of Lakeshore Hospital, this already demanding job is going to become more difficult for our first responders. This will allow the village to bill the patients insurance companies through a third-party billing company, Professional Ambulance Billing (PAB) of Williamsville.

In the agreement with PAB, village residents will have their co-pay waived for services provided by the Silver Creek Emergency Squad. PAB is also the primary billing company used by the Chautauqua County EMS, which provides the emergency squad with mutual aid with Advanced Life Support intercept.

The village and Chautauqua County will work together in sharing the revenue collected on billable calls for service. The Village Board and the Silver Creek Emergency Squad believe this is a proactive approach to the changes coming forward with EMS Services around the country and hopes to reduce the tax burden of the village taxpayer. This newly formed EMS Department will not be under the same guidelines of the Silver Creek Fire Department.

By law, revenue collected for EMS calls can only be used for the EMS department. The village has set up a separate account for PAB to deposit funds collected for these services. The village worked closely with the officers of the Silver Creek Emergency Squad, the Law Offices of Mark C. Butler and Charles Jordan, President of Professional Ambulance Billing of Williamsville.