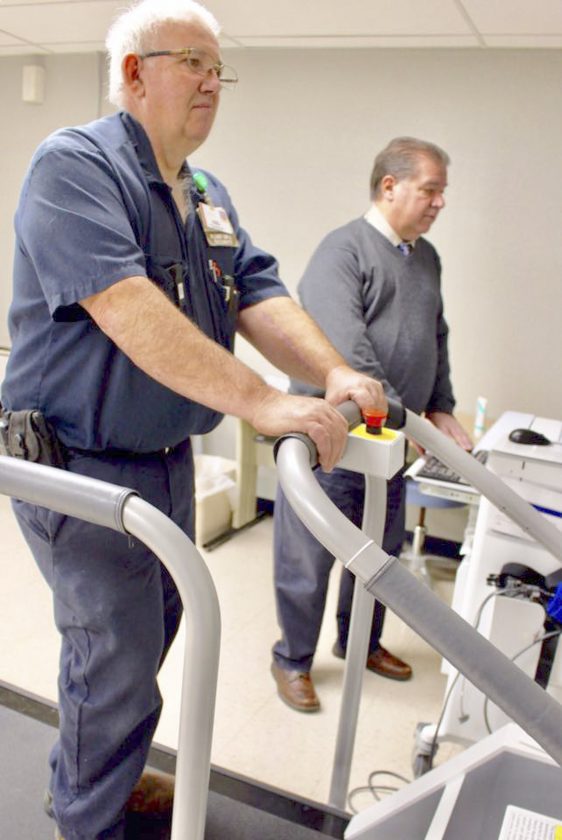 While on a weekend motorcycle ride through the lakes and hills of his hometown Cassadaga, Allen Parker, a 58-year old maintenance mechanic at Brooks-TLC Hospital System, Inc. (BTLC) began feeling pressure in his chest that radiated through his right arm to the elbow. Despite not feeling quite himself the following Monday morning, the volunteer firefighter and forever dedicated worker, Parker arrived at the hospital for a busy week ahead.

That same day, May 20, 2019, Thomas Smith, MD, officially moved his cardiology practice with Great Lakes Cardiovascular to a newly remodeled space at BTLC Dunkirk campus. As part of the plant operations team, Parker was intimately familiar with the remodel mechanics, so when Dr. Smith placed a call for temperature adjustment in his new office, Parker responded.

As he lowered the heat for the hospital’s new cardiologist, he recalled his earlier symptoms and by happenchance asked Dr. Smith “Are you accepting new patients?”

“Allen was my first patient in Dunkirk,” Dr. Smith relayed warmly. He asked a lot of questions as Parker explained his symptoms. Within hours, an EKG workup was completed and a Stress Echocardiography test was scheduled for the next day.

A Stress Echo determines how well a patient’s heart and blood vessels are working. During this procedure, the patient exercises on a treadmill or stationary bike while the doctor monitors your blood pressure and heart rhythm. Parker recalls after the rigorous test, “I failed it miserably.”

Thankfully, the two men met when they did. The test results revealed all five of the major arteries feeding Parker’s heart were diseased, including one with 100% blockage and two others blocked 70-80%. Due to the extent of damage, a procedure to place a stent in the arteries was not an option. With one phone call to Gates Vascular Institute in Buffalo, Dr. Smith scheduled Parker’s Angiogram for 9 a.m. next morning.

Thankfully, surgery went well and four months later, Parker fully recovered and couldn’t wait to again ride his motorcycle. He’s returned to BTLC, doing what he loves most which is working with his hands. He says “Dr. Smith saved my life.” He added, “We were lucky to meet at that particular place and time.” In response, the physician humbly replied he was just doing his job.

The cardiology space at BTLC in Dunkirk had a quiet opening in May 2019 and provides support of the emergency department and other hospital services, primarily providing echoes and stress testing. On the cusp of operating in full swing, the new service line features brand new exercise equipment — and BTLC will soon feature in-house Stress Echo testing, a more accurate test that is conducted without exposure to radiation.

Dr. Smith, a former college physics professor impresses upon patients the importance of prevention and avoiding risks for heart disease, particularly those with diabetes. He reminds individuals experiencing chest discomfort, shortness of breath, palpitations or a history of passing out to consider seeing a cardiology specialist.

Dr. Smith and the Great Lakes Cardiology team treat a range of issues including arrhythmia, palpitations and hypertension, and offer echocardiogram, stress testing, stress echo testing, cholesterol management, and holter /event monitoring. The new cardiology suite is open Monday to Friday, 8 a.m. to 4:30 p.m. For information or to schedule an appointment, call 710-8266. 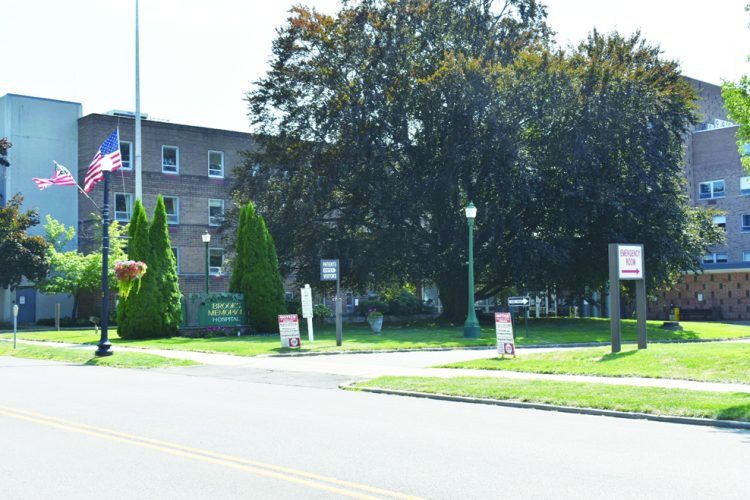 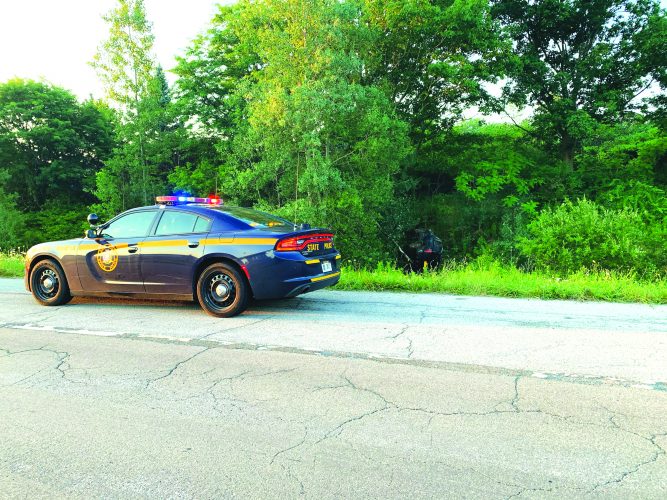 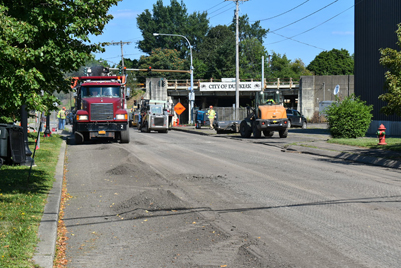 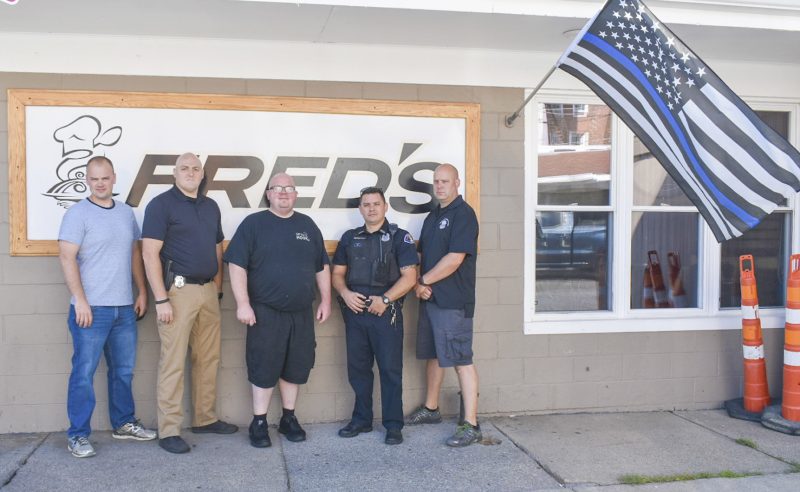