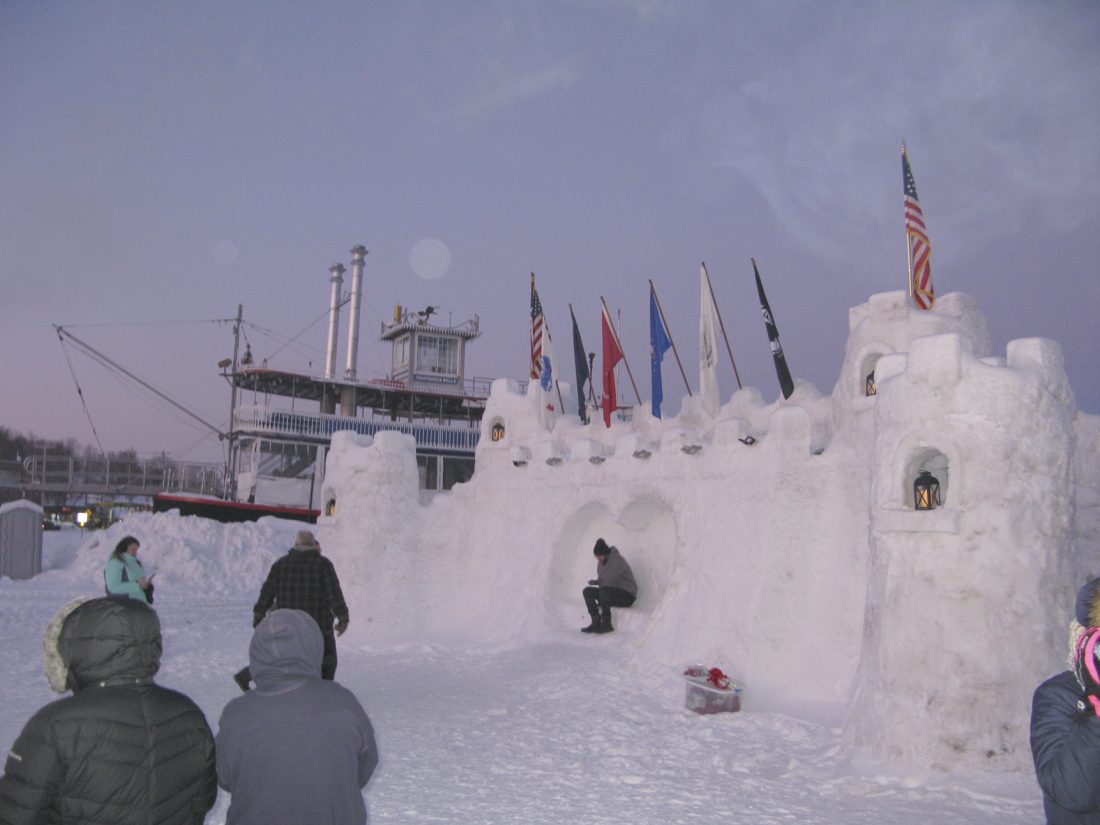 Photo by Jay Young This year’s castle in Mayville is mostly made of snow.

MAYVILLE — Winter weather showed up just in time for the start of the 34th annual President’s Day Weekend Winter Festival at Lakeside Park.

Plummeting temperatures on Friday night did not deter the crowds that gathered for the opening ceremonies, which include the traditional lighting of the snow castle and the crowing of Festival King and Queen.

“I want to start out by first and foremost thanking our construction crew,” said Sally Andriaccio, Mayville Chautauqua Community Chamber of Commerce president. “This year, once again, was a very challenging year, weather wise. But with some creativity and determination the lack of ice did not deter them. As you can see we have a castle that is completely made out of snow for the first time ever.”

After the castle lights were switched on and the fire-breathing dragon began to spew flames, Norm and Tricia Smith of Lighthouse Point Grocery were crowned this year’s King and Queen.

Food trucks, beverage vendors and music kicked off the first night of the weekend as snowmobilers cruised by the festivities on a day when trail conditions were finally in their favor. 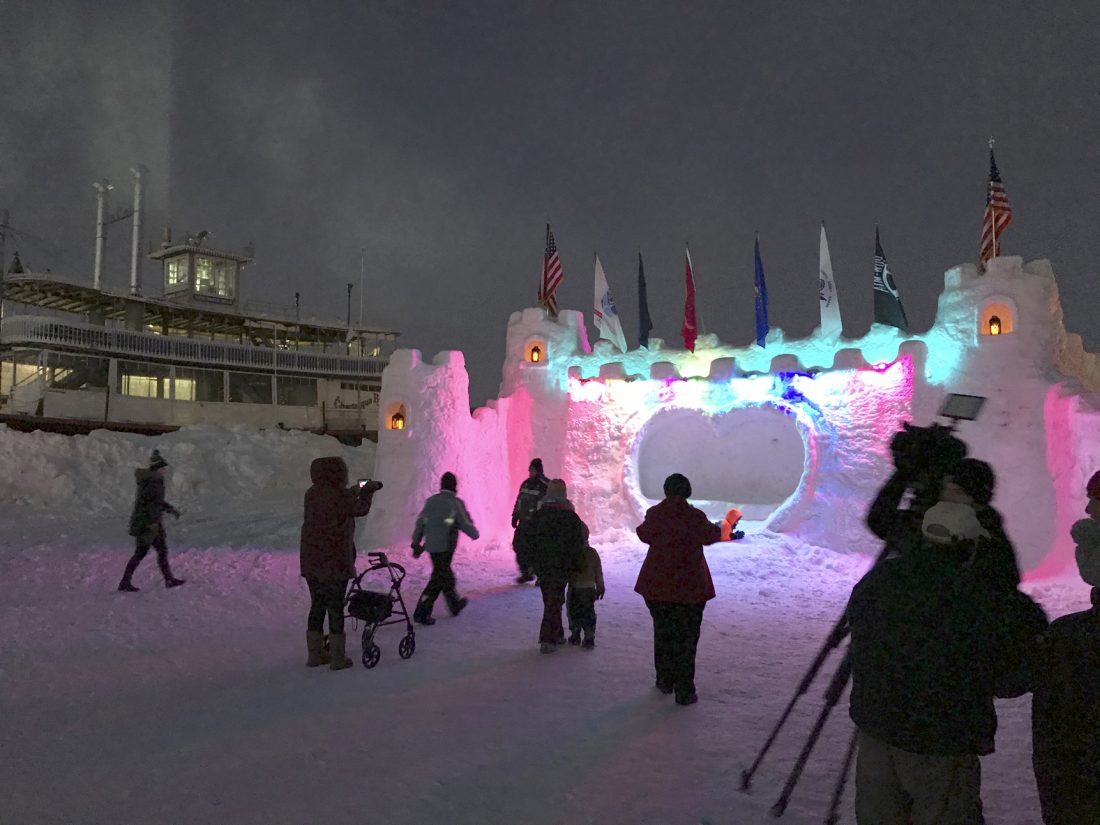 Photo by Jay Young Revelers braved freezing temperatures on the shores of Chautauqua Lake to celebrate the President’s Day Weekend Winter Festival on Friday. The festivities kicked off with the lighting of the snow castle, music, and the naming of King and Queen.

“This is what people forget about Chautauqua County, we are a winter mecca,” Chautauqua County Executive PJ Wendel said. “I know in years past, this time of year it would get warm and then the ice castle would melt or they would worry about the ice and how much ice they would have. It’s great to see that winter comes around for something like this and really kind of capitalizes on the outdoor experience here in Chautauqua County.”

While permanent residents of the area may be perfectly happy with a lighter winter, Friday night served as a reminder that people still come to visit when the snow falls.

“We always like a nice mild winter but on the other hand (we have) the snowmobilers, the people occupying the hotels and bringing their snowmobiles here. People hitting the local restaurants and everything like that,” Wendel said. “We are a four seasons community and a four seasons county, and winter always brings with it an added group of tourism. I’m excited.”

Addressing the crowd, Andriaccio thanked all those involved in organizing the festival.

“I also want to mention that all of our local restaurants provided lunch for the building crew for the past two weeks. We would encourage all of you to support them in return,” she added.

The annual Chili Cook Off will be held from 3-5 p.m., and the first annual Chautauqua Striders Ice Extravaganza 5K will start at 10 a.m. on Sunday.