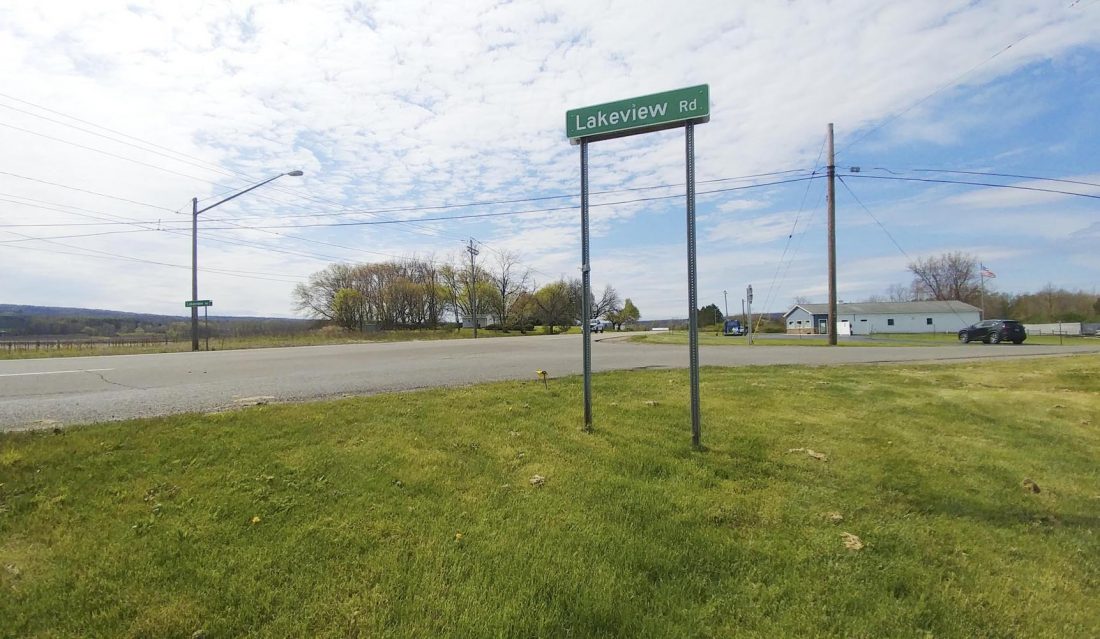 The intersection of Lakeview Road and Route 60. OBSERVER Photo by M.J. Stafford.

The state needs to put in a traffic signal at the intersection of Route 60 and Lakeview Road, Pomfret Town Supervisor Dan Pacos asserted at the May town board meeting.

He said he is putting in a request to the New York Department of Transportation for a couple of reasons. The long string of serious accidents at the intersection is one reason. Pacos also revealed that Fredonia Central School District officials have told him they plan to start routing more bus traffic through that intersection after the DOT completes the roundabout at the intersection of Routes 20 and 60 about a mile away.

“For the safety of our students, we need to rally for that traffic light,” Deputy Supervisor Ann Eckman said.

She said she sat in on a teleconference call with various local officials and state DOT representatives just the day before the latest serious accident at the intersection. That happened April 28 when an SUV got knocked onto its side in a two-vehicle accident. There were no serious injuries then, but there was a fatal accident nearby earlier this year.

Eckman added that although the speed limit on Route 60 is below 55 miles per hour near the Lakeview Road intersection, “it doesn’t matter if there’s a reduced speed limit if it’s not consistently enforced.”

The safety issue in that area also merited a mention from Fredonia Mayor Douglas Essek at the village’s May 4 Board of Trustees meeting. He said he had spoken to Pacos about the large number of accidents at the site and that they agreed to work together to find solutions to the problem.