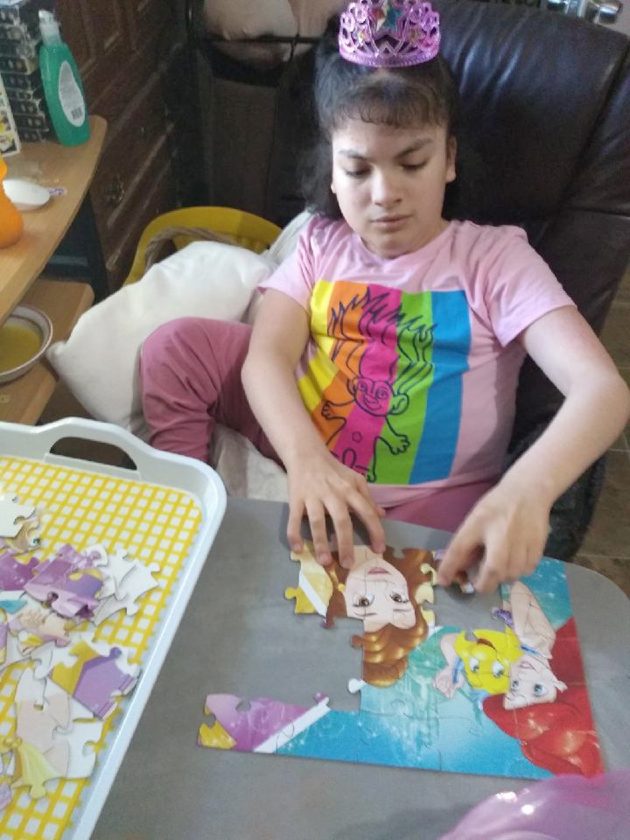 Tatyana Fred, 21, of Dunkirk will be graduating this year from the LoGuidice Center. She has attended BOCES for her entire life and will be greatly missed when she graduates. She is known as Princess Taty by all. Submitted Photo.

For 31 years, Maureen Bialaszewski has organized the northern Chautauqua County Special Olympics, and 2020 is the first year that she is unable to host this beloved annual event. With 2019’s event breaking records for the most participants — 430, to be exact — 2020’s Special Olympics promised to be just as successful. “Nobody ever thought it would be like this,” Bialaszewski told the OBSERVER in a phone interview.

Now, she teaches at BOCES LoGuidice Center but noted that next year may be her last year organizing the Special Olympics, as she plans to retire soon. “June 3, 2020 was the planned date,” she explained.

Each year, the Special Olympics event begins with the New York Law Enforcement Torch Run in memory of Corrections Officer Scott Kowalski. Students from school districts throughout northern Chautauqua County gather in SUNY Fredonia’s Steele Hall for a parade and to participate in a variety of events in the gymnasium and outdoors at Dod’s Grove and the tennis courts. “The month of May is usually so busy for me,” Bialaszewski reflected. “Now, I’m keeping busy doing things for other people and my students.” 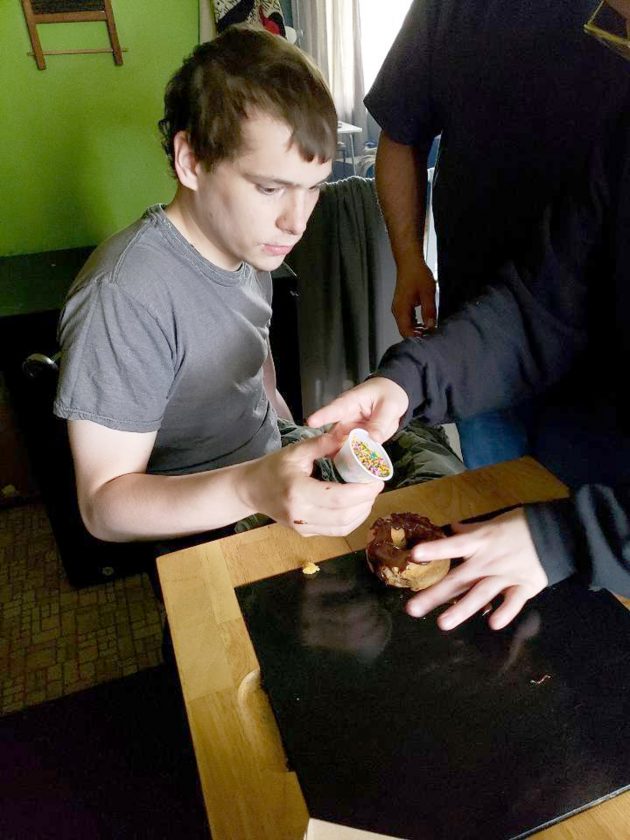 Parker Mazany, 20, of Dunkirk is pictured here working with his family putting sprinkles on a donut. His family got him the donut kit from Tim Hortons to practice fine motor skills. Submitted Photo.

Indeed, like all teachers in New York, Bialaszewski, too, has transitioned to a distance learning format with her special needs students. These students range in age from 17 to 21 and are considered to have “very special needs,” as some are medically fragile, many suffer from seizures and some have autism.

“I am really missing them: the hands-on work, seeing my kids, just hugging them,” Bialaszewski told the OBSERVER. “All that contact we’ve had with them — it’s totally been humbling.”

Since the closure, Bialaszewski has had contact with her students’ parents or guardians two or three times a week. She said, “They’ll send pictures of activities their child is doing, which makes my day!”

On a recent day, Bialaszewski was heading to the LoGuidice Center to put together arts and crafts and sensory kits for her students’ parents to pick up. The goal of the kits is to help students practice their fine and gross motor skills at home during the closure. “The parents have been so super,” she noted. “To have their child home 24 hours a day, seven days a week is tough for some parents. They’ve been super heroes in my book.”

Despite the fact that in-person classes have been canceled, Bialaszewski still manages to go above and beyond for her students: “One of the parents sent pictures of her son with a pizza kit from Ellie’s Deli. That brought tears to my eyes. I sent the pizza kit because he loves to cook and eat pizza!”

Bialaszewski is even staying in communication with past students just to find out how they are coping with all the changes brought on by the COVID-19 pandemic. Some of these changes, she pointed out, are uniquely challenging for students and adults with special needs. “For the ones who have breathing problems or autism, we’re trying to figure out how to help them with the masks because they have a really hard time functioning with one on,” she said. “We’ll get there together, though.”

Although she is mourning the absence of in-person interactions and the cancellation of the Special Olympics, Bialaszewski is looking forward to planning a fun event. “I participate in the Autism Walk, which we would have done May 1,” she explained. “With the T-shirt money that the aides collected, they donated half to Brooks Memorial Hospital for their chicken dinner. The other half, we’ll be using for a party for the kids and staff when we get back.”