Because no decision has been made by Gov. Andrew Cuomo if registered New York voters will be required to go to the polls to vote or if they’ll be able to vote by absentee ballot, Chautauqua County Board of Elections officials are planning for two different scenarios simultaneously — one as if there will be a traditional election and two as if all registered voters will be permitted to vote by mail.

“We have all the envelops ordered to do mail-in ballots. We can move on a dime. We’ll be ready to move in any direction,” explained Democratic Election Commissioner Norman P. Green.

In June, registered Democratic, Libertarian and Busti Republican primary voters were able to vote either in person or by mail for the various primaries. “The turnout was above what it would normally be, which was odd,” noted Green. For Democrats, they were able to vote for multiple presidential candidates, however only Joe Biden was the only active candidate. “It was pretty much an uncontested primary but a higher percentage turned out to vote. We attribute it to having absentee ballots for everyone,” he said.

According to the state Board of Elections, normally a person can only vote by absentee ballots for the following reasons:

¯ You are absent from your county or, if a resident of New York City absent from said city, on Election Day;

¯ You are unable to appear at the polls due to temporary or permanent illness or disability; or because you are the primary care giver of one or more individuals who are ill or physically disabled;

¯ A resident or patient of a Veterans Health Administration Hospital;

¯ Detained in jail awaiting Grand Jury action or confined in prison after conviction for an offense other than a felony.

In the June primary, registered voters were given the option to request an absentee ballot due to concerns over voting in person because of the coronavirus. Also, voters were provided stamped envelops, so there was no cost to the voter to mail the ballot.

School elections were also 100 percent voted on by mail-in ballots.

Republican Election Commissioner Brian Abrams noted that in Jamestown, the balloting increased from 400 votes to 4,000 votes.

“What came along with that was a huge cost difference,” he added, noting that schools had to pay for the stamps and envelops.

Still, he was happy to see more residents being able to cast their vote. “We’ll keep doing whatever we can to keep people participating,” he said.

According to Abrams, right now the county has around 75,000 active and 6,000 inactive voters. If the state tells county Board of Elections they need to provide absentee ballots for everyone, he admits that will be a lot of work and expense. “My thought to the state is to review the local boards and see what their limits are,” he said. “If you’re going to make a change, please give us as much lead time as possible.”

Green agrees that any changes will mean more man-hours for the staff. “We’re definitely going to need more seasonal temporary personnel. It’s going to be a very labor intensive job to do a mail-in election,” he said.

But that doesn’t mean the county will abandon its current polling model. Green said Chautauqua County has 50 poll sites for 29 jurisdictions (27 towns and two cities). “Some counties consolidated down to one poll site (in the June primary). We disagreed with that,” he said.

Green is not only the county Democratic Election Commissioner, he is also the county Democratic chairman. When asked if he feels mail-in ballots will increase or decrease voter turnout, he doesn’t think it will make a difference this year. “For this presidential cycle, everybody that wants to vote is going to vote,” he said.

He could see mail-in ballots increasing participation in off-election years. “The biggest race next year is the county executive race. Would mail-in ballots help that? It could. We’ve had as low as 30% turnout in local elections,” he said.

One concern brought up by President Donald Trump is the potential for fraud with mail-in ballots.

Green said in New York whether you’re voting at the polls or by mail-in ballot, election inspectors will compare signatures to ensure no one is voting illegally. He noted that in June the Board of Elections rejected over 100 ballots because the signatures didn’t line up. “We let people know their vote didn’t count,” he said.

Abrams said he isn’t worried about voter fraud as much as the personal decision of the vote. He said he could envision a scenario where, for example, a husband pressures his wife to vote the same way he does, instead of her casting her vote by herself in a booth. “It’s the privacy and independence of the vote” that could be lost, he said. 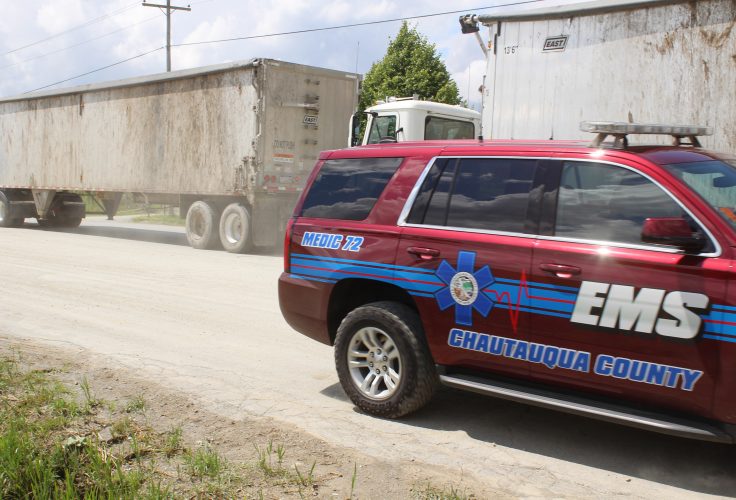