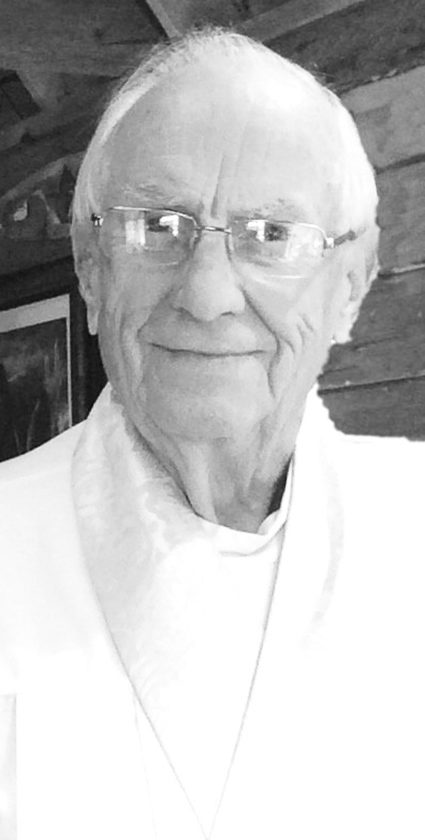 He was born in Chicago, IL on May 9, 1927, the son of the late Lawrence Philip and Helen Agnus (Schimel) Schuster.

He graduated from the University of Illinois in 1950, with a B.S. in Electrical Engineering and graduated from Berkley Divinity School at Yale in 1960 with a Master’s in Divinity. He served in the U.S. Navy during WWII and worked as an Electrical Engineer for General Electric in Schenectady until 1957. Mr. Schuster was ordained as a Deacon, then as an Episcopalian Priest in December 1960, by Bishop Frederick Barry, from the Diocese of Albany. He was an Associate Priest for Bethesda Episcopal Church, Saratoga Springs from 1960-1963 and Priest for Trinity Episcopal Church, Fredonia from 1963-1995. After retirement, he was a substitute Priest for a few area parishes and Priest at St. John the Baptist Episcopal Church in Dunkirk.

Besides his dedication to his parishes, he was most proud of his ministry to the community and to those who did not have a formal church of their own. He was an active Chaplain for Brooks Memorial Hospital, Dunkirk and SUNY Fredonia. Rev. Schuster championed local support groups for families suffering with AIDS, substance abuse, performed numerous same-sex marriages and lakeside baptisms. He enjoyed doing antique restoration, woodworking, fishing, gardening and loved playing tennis.

Besides his parents, he was predeceased by Mary Patricia Reynolds Schuster and a sister, Irene Krajic.