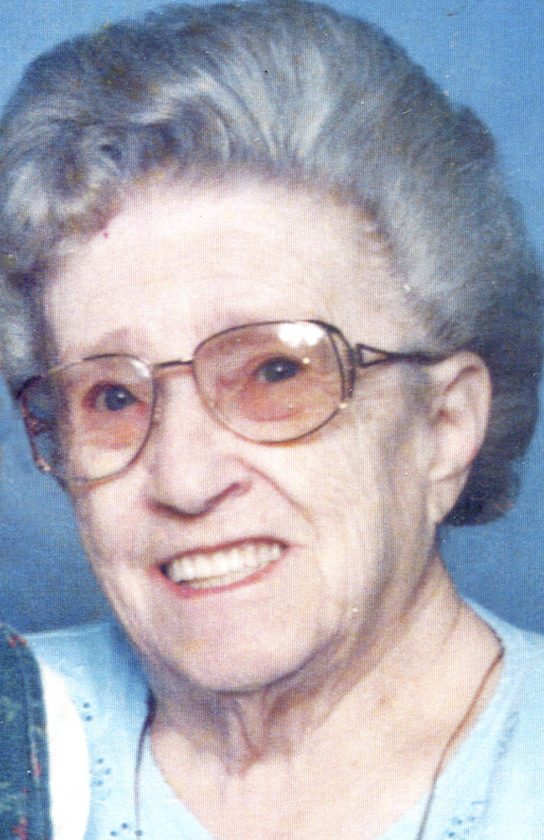 She was born May 2, 1918 in Westfield, the daughter of the late Ernest W. and Clara (Winkelman) Hull.

A lifelong resident of the area, Mrs. Hoyer was a graduate of Westfield High School, Class of 1936. She worked for the Iroquois Gas Co. in the Westfield office where she met Melvin Riddle. They were married September 29, 1952 in the Presbyterian Church in Westfield. Melvin died October 16, 1966. She also had been employed at the former Sidey’s Department Store in Dunkirk.

Genevieve married Howard Hoyer in 1981. He passed away in 1983. She was a 61-year-member of the John W. Rogers American Legion Auxiliary. Genevieve enjoyed reading, knitting, her flowers, baking and sharing her cookies.

Besides her parents and husbands, she was preceded in death by two brothers, Gayland Hull, and Cpl. Wells H. Hull who was killed in WWII.