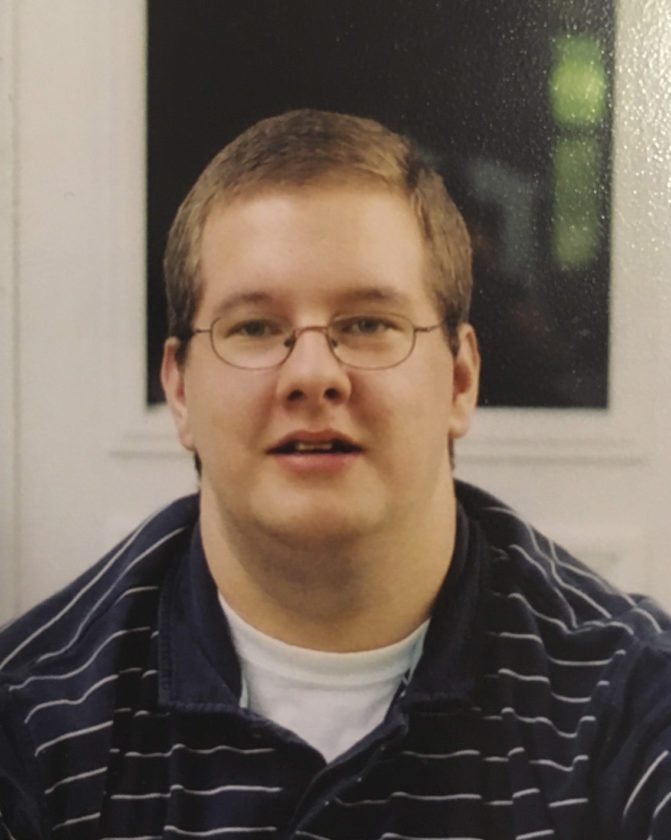 Justin David Moore, age 33, formerly of Angola, NY, passed away following a brief illness at Gates Vascular Institute on May 23, 2018 with his mother and sister by his side.

A 2004 graduate of Lake Shore Senior High School, a member of the football, volleyball and chess teams. Justin was an avid sports fan who loved the Buffalo Bills and Sabres.

He was a former member of Boy Scout Troop 528, of Angola, NY and enjoyed learning about the weather, history, playing golf and was an amateur pod caster. He loved spending time with his family and friends talking and sharing statistics.

Justin was employed at the both the Hamburg and Cheektowaga Walmart Department Stores. Justin cherished his time with his dog Buddy.

A special thank you to the staff at Gates Vascular Institute, Buffalo General and Lancaster Volunteer Emergency Services for your loving support and care.

A Memorial Service will be announced at a later date. In lieu of flowers, please make donations to your local Autism Awareness Foundation.