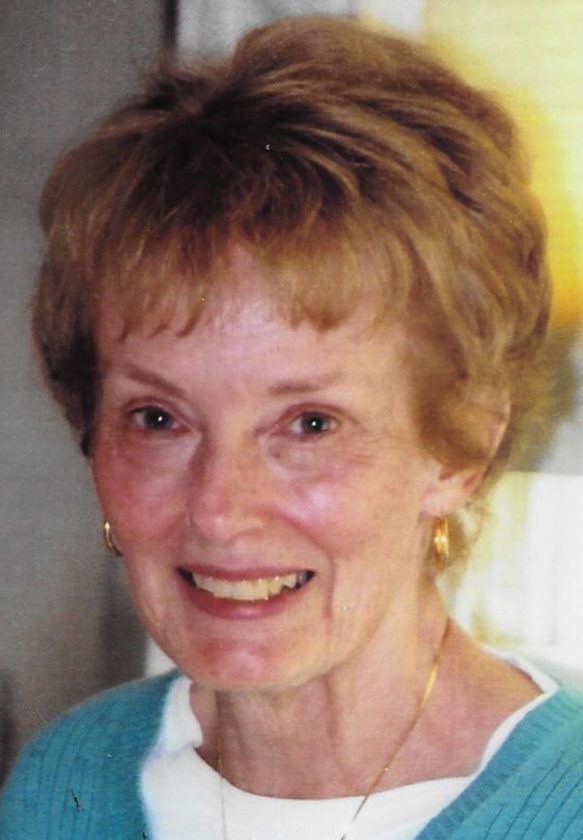 Born on January 27, 1937 in Dunkirk, New York, she was the daughter of the late Sarah Elizabeth Goldsmith and MacLeod

Williams, who was the Executive Editor and Vice President of the Dunkirk Evening Observer, the newspaper which her great-

grandfather founded in 1882. Sarah was a direct descendent of Rev. John Williams and Eunice Mather of Deerfield, MA, the author of the famed book on his family’s captivity from

Deerfield during the French and Indian Raid of 1704,

“The Redeemed Captive, Returning From Zion”. She was also the direct descendent of Seth Cole, a Revolutionary War soldier from Plymton, MA.

Sarah was educated in the Dunkirk school system and graduated from the Buffalo Seminary, Buffalo, NY in 1954. She entered the University of Vermont where she was a member of Kappa Alpha Theta sorority. On August 18, 1956 she was married in Dunkirk to 2nd LT Francis Corcoran McCrane of Clifton, New Jersey and Mantoloking, NJ, son of the late Francis McCrane and Catherine Corcoran McCrane. They had four sons, Michael Cor-coran McCrane, Timothy Dillon McCrane, Christopher Dodge McCrane, and Jonathan Williams

McCrane. Jonathan died in 2005. Sarah’s husband, a career Air Force Officer and Command Pilot was credited with 108 Combat missions in the Vietnam war. He is a past Executive Director and CEO of the USO of Hampton Roads.

She served her country and community through volunteer work as an Air Force wife and a nursery assistant at Riverside Hospital in Newport News. She nurtured the environment by planting trees, bushes and flowers wherever she moved to and

showed great devotion in raising her family while deployed to overseas locations. Sarah’s passion for nature was also evident when she rediscovered her talents as an artist. In

mid-life she picked up the brush again and began painting. Flowers and nature in general were the themes of her work and will be cherished by the family.

She was a member of Daughters of the American Revolution Charles Parish Chapter and the Colonial Dames of America.

Services are being held in Virginia today, May 26, and interment will be at Forest Hill Cemetery, Fredonia, NY at a later date. Memorial contributions may be made to the Arbor Day Foundation, 100 Arbor Avenue, Nebraska City, NE, 68410. Online condolences to claytorrollins. com.

“A loving mother and devoted wife Sarah will be sadly missed by her family and many friends.”