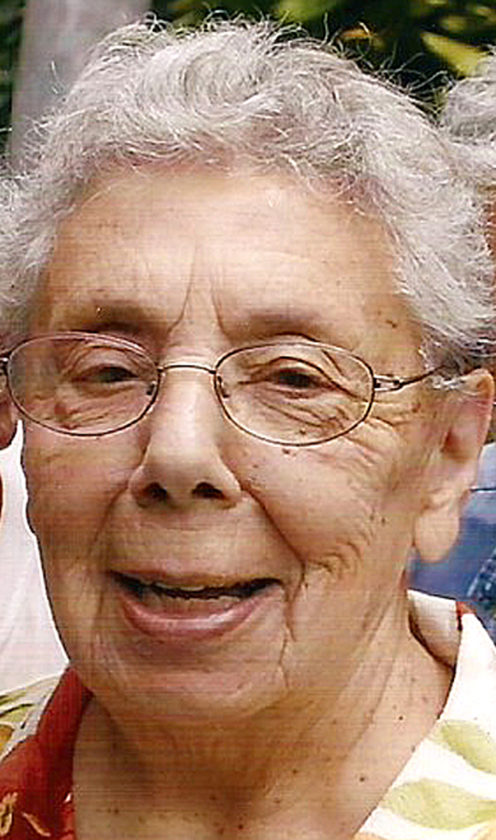 Loretta (Heim) Spielman, 97, of Mayville, died Sunday, Nov. 25, 2018, at Heritage Green Rehabilitation & Skilled Nursing, Greenhurst.She was born in Buffalo on Oct. 11, 1921, and had been a Mayville resident since 2007.She was the daughter of the late Marcus Sr. and Martha (Benzino) Heim.On Aug. 16, 1941, she married Albert D. Spielman who died on July 22, 1983.Surviving are three children: James, Kenneth (Patricia) and Christine (Peter) Johnson. She was a loving grandmother of six grand-children: Rebecca Budinger-Mulhearn

Loretta was a 1938 graduate of Sacred Heart Academy, Buffalo, N.Y. She was a longtime member of St. James Roman Catholic Church in Buffalo, N.Y., where she served as a lector and eucharistic minister for over 25 years. She was also a parish trustee, longtime member of St. James La-dies’ Sodality and was a recipient of the St. Joseph the Lay Worker Award in 2002. She was a beloved member of St. Mary of Lourdes Roman Catholic Church, Mayville and the Mayville Senior Citizens for the past 11 years. She retired from the Erie County Department of Finance in Buffalo in 1983 and was also a member of the Niagara Mohawk Pension Club. She was an avid bowler and loved to garden, play cards and do crossword puzzles.The family will receive friends on Friday, Nov. 30, 2018, from 4-9 p.m., at the Freay Funeral Home in Mayville, 139 S. Erie St.A Mass of Christian Burial will be celebrated on Saturday, Dec. 1, 2018, at the St. Mary of Lourdes Roman Catholic Church in Mayville. The Most Rev. Edward Grosz will be the main celebrant. Burial will be in Bemus Point Cemetery with Father John Kuhlmann.In lieu of flowers, the family suggests memorials be made to St. Mary of Lourdes Roman Catholic Church in Mayville, P.O. Box 500, Bemus Point, NY 14712, or to the Mayville Fire Department and Rescue Squad, P.O. Box 2, Mayville, NY 14757.To leave a remembrance or post a condolence to the family, please visit freayfuneralhome.com.