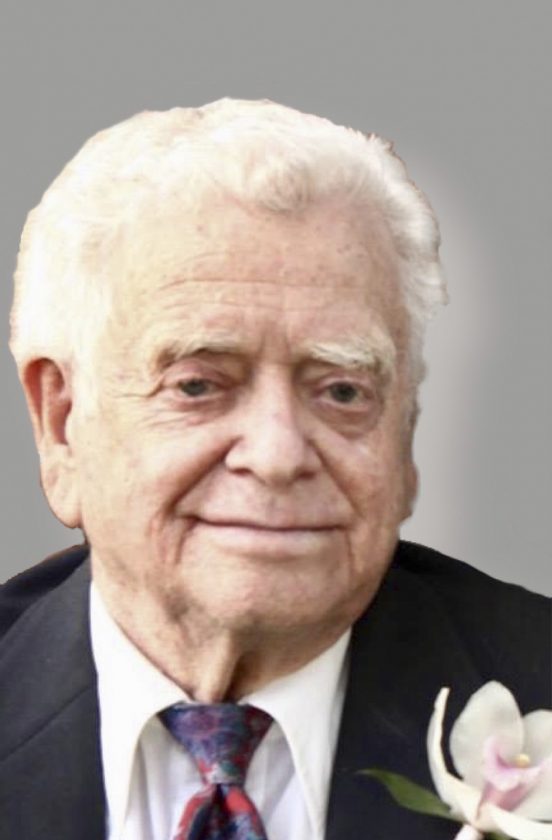 FORESTVILLE: Leonard “Hank” L. Kuzora, 90, of Main Street, Forestville, died Thursday, May 9th, 2019 at his residence, following a short illness. He was born in the Town of Villenova, on October 13, 1928, the son of the late Lucas and Frances (Maziarz) Kuziora.

Mr. Kuzora was a graduate of Forestville Central School, Class of 1947. He worked for Morgan Linen in Dunkirk for 30 years, the former Village of Forestville as a Policeman, DFT Communications and as a Court Officer for the Town of Hanover, for 10 years.

Mr. Kuzora was a Landlord from 1968-2015 in both Dunkirk & Forestville and played with his two brothers in the band “The Kuzora Trio” after WWII. He enjoyed woodworking and music, owned the oldest home in Forestville (spending two years rehabilitating the house) and never missed a day of work.

Survivors include his wife Betty J. (Ferry) Kuzora of Forestville, whom he married on July 2, 1949, in the Forestville Baptist Church, a son, Leonard H. (Virginia) Kuzora, of Fredonia; a daughter, Brenda Reinermann, of Kemp, TX; and a sister, Gladys Halicki, of Dunkirk. Also surviving are two grandchildren Kelly (Jonathan) Halvorsen, Keith (Dorothy) Kuzora, great grand-daughter Harper Kuzora and several nieces & nephews. Besides his parents he was predeceased by three brothers Sebastian, Leo and Joseph Kuziora and a sister Mary Skop.

Friends are welcome to call at Riles & Woolley Funeral Home, 39 Main Street, Forestville on Saturday morning from 10 a.m. to 1 p.m., from where Funeral Services will be held at 1 o’clock, with Rev. James D. Hankey, pastor of the Forestville United Methodist Church, officiating. Interment will follow in Forestville Cemetery.