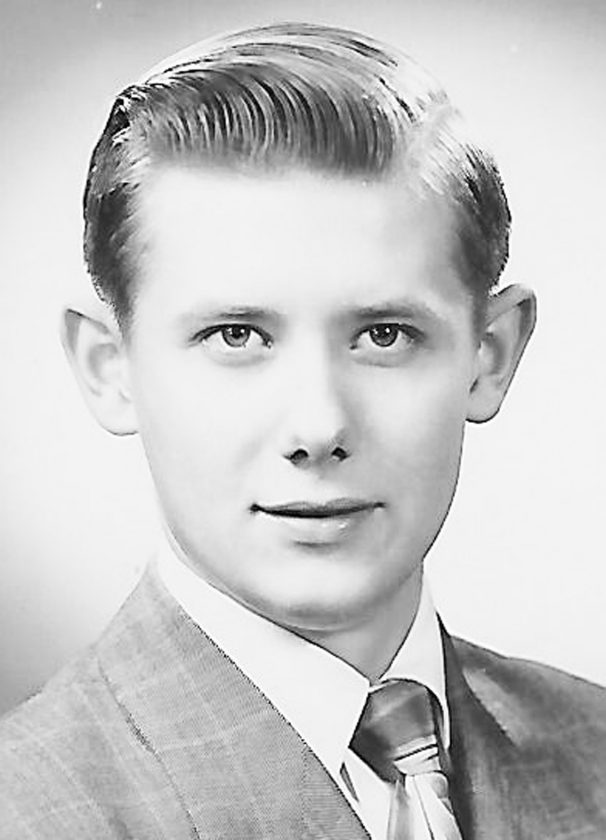 Richard Alan “Dick” Lynden, peacefully passed away Wednesday August 21, 2019, at his home in Fredonia N.Y. surrounded by his family.

Dick was born on July 11, 1933 in Dunkirk, N.Y. to the late Harold and Rose (Meyers) Lynden. He graduated from Saint Mary’s Catholic School in Dunkirk, NY, and served in the United States Army from 1953 to 1956. He enjoyed being a machinist at Newbrook Machine and Duriron/Flowserve in Angola, N.Y. Dick was an avid golfer, bowler, and enjoyed hunting and fishing.

He is predeceased by his father Harold, his mother Rose, his sister, Maureen Mahoney, and his brother-in-law, Michael Mahoney.

There are no calling hours. A Mass of Christian Burial will be celebrated at Holy Trinity Church, 1032 Central Ave., Dunkirk, N.Y. on Monday August 26, 2019 at 10 am, where Military Honors, accorded by the Dunkirk Joint Veterans Council, will follow. Memorials may be made to Holy Trinity Church, 1032 Central Ave., Dunkirk N.Y. 14048, or Chautauqua Hospice & Palliative Care, 20 W Fairmount Ave., Lakewood, N.Y. 14750. Online condolences may be made at larsontimkofuneralhome.com. Arrangements by David J. Dengler, LARSON-TIMKO Funeral Home, Fredonia, N.Y., 716-679-9000 Fredonia, N.Y.