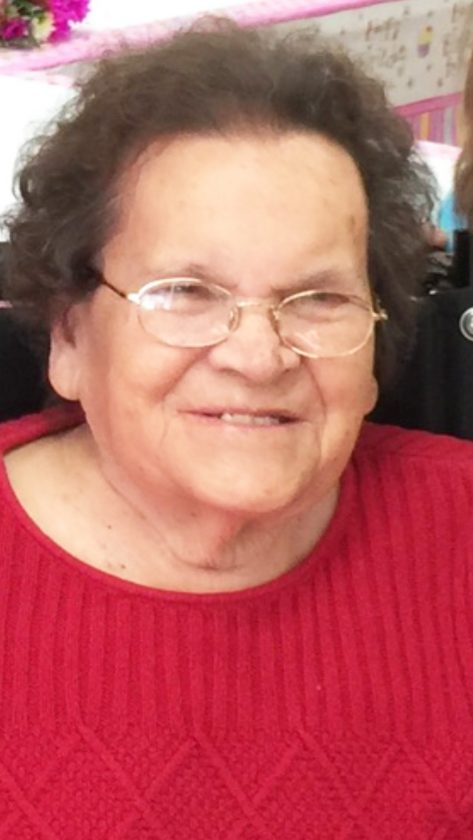 Carrie Stepien Eddy, 92, of Ripley, NY passed away peacefully, surrounded by her family, on September 3, 2019.She was born on January 28, 1927, in Buffalo, NY, to the late Casmire and Catherine (Mol) Stepien. Carrie moved to Ripley, NY after her marriage to Everett Eddy on August 10, 1946. She worked for several years at the Pentagon as an Army Civil Service employee during WWII. After moving to Ripley, she worked in the family business of ELEDDY and Sons while raising her eight children. Carrie was a member of the Ripley Unit-ed Methodist Church. She was active on the UMV Women’s board for many years until becoming ill.Carrie enjoyed traveling, cooking, baking, nature and spending time with her children, grandchildren and great grandchildren. Also she was known for her kindness, never turning anyone in need away, and her love of children.Her survivors include her sister, Louise (Tim) Jones of Buffalo, NY; her children: Dennis Eddy of Portville, NY, Donald (Julie) of Ripley, NY, Mary Lou (Duane) Eddy-Embury of Orwigsburg, FL, Dr. Barbara Eddy-Stewart (Robert Love) of McAllen, TX, Joan (Keith) Eddy-Wanner of Jupiter, FL, and James (Diane) Eddy of Harborcreek, PA. She is further survived by several grandchildren, great grandchildren, nieces and nephews. Carrie was preceded in death by her husband, Everett Eddy, son, Timothy James, Sister, Regina Kocecki, brothers, Chet, Edward, Joseph, and Stanley Stepien, and grandson, Dennis Eddy, Jr.Relatives and friends are invited to attend Carrie’s Funeral Service on Tuesday, September 10, 2019 at 10 a.m. in the Ripley United Methodist Church of Ripley, NY. and may call at the Mathews Funeral Home, 104 West Main Street, Ripley on Monday, September 9, 2019 from 5-7 p.m.In lieu of flowers, donations, in Carrie’s memory, may be made to St. Jude’s Hospital, 501 St. Jude’s Place, Memphis, TN 38105, Tel. 1-800-805-5856, or at www.stjude.org.All arrangements have been entrusted to Michael R. Fantauzzi, Director