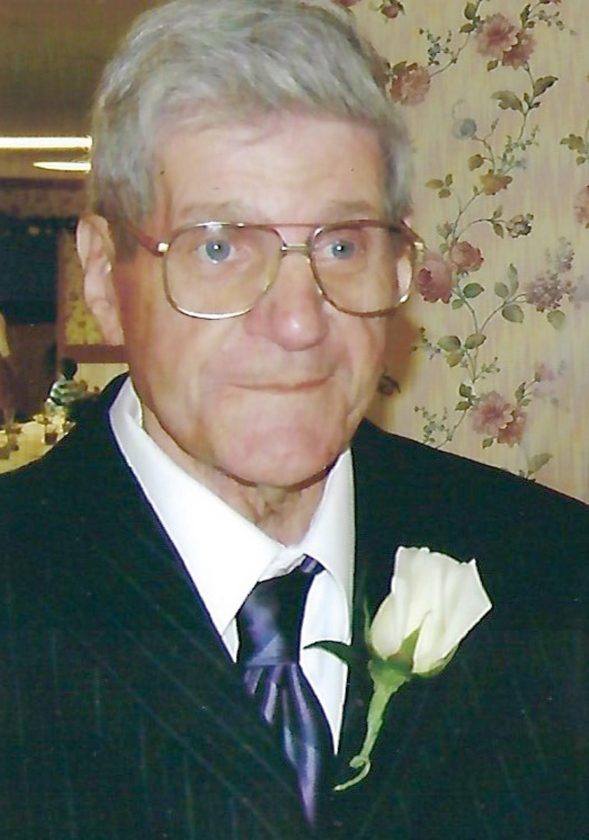 PORTLAND- John “Jake” H. Briggs, 86, of Corry, PA and formerly of Portland and Westfield, NY died Saturday, November 2, 2019 at the Corry Manor in

Corry, PA.He was born May 1st, 1933 in Dunkirk, NY, the son of the late Arthur and Margaret Deutsch Briggs.Jake had served in the National Guard for five years. He had recently been awarded the Gold Star from the US Army after the remains of his brother, Sgt Gerald B. Raeymacker, were repatriated from the Korean War. He had been an auto mechanic for Haywood Motors in Brocton, along with several other local repair shops.He belonged to the Portland Fire Department and the Portland Fire Police, had been a boy scout leader, was a member of the West Portland Baptist Church and a previous

member of the West Main Baptist Church in Fredonia where he was a Sunday School teacher and led youth programs. Jake would pick up many children on Sunday mornings to take them to church, starting with his own station wagon and eventually needing to upgrade to a bus.Jake had been an avid vegetable and flower gardener, raised chickens, and enjoyed fishing, bowling, stock car racing, helping others, and camping trips with his family.He is survived by his seven children; John Briggs Jr. of Rock Hill, SC, Barbara (Russ) Briggs-Webb of Ashville, NY, Daniel Briggs of Rock Hill, SC, Susan Heard of Plant City, FL, Pamela (Gordon) Cox of Ashville, NY, Terri Robin-son of Jamestown, NY, and Amy (Jason) Ziegler of Dunkirk, NY, two brothers; Donald (Carolyn) Briggs of Fredonia, NY, and James (Mary Ellen)Briggs of Dunkirk, NY, two sisters; Kareen (William) Simmons of Sebring, FL, and Martha (Roman) Kloeker of Erie, PA, one sister in law: Arlene Briggs, fourteen grandchildren and twenty nine great grandchildren.He was preceded in death by his wife; Vera Fralick Briggs whom he married September 4th, 1954, his parents, a son; Dale Briggs, four brothers; William (Mary Ann) Briggs, Robert (Louella) Briggs, Sgt Gerald Raeymacker, and Charles Briggs, and one sister; Katherine (George) Gowan.The funeral will be held at 12 noon on Saturday,

November 9, 2019 at the Freay Funeral Home in Mayville (139 S Erie St). The Rev. Gary Henry will officiate. Burial will be in the Portland Evergreen