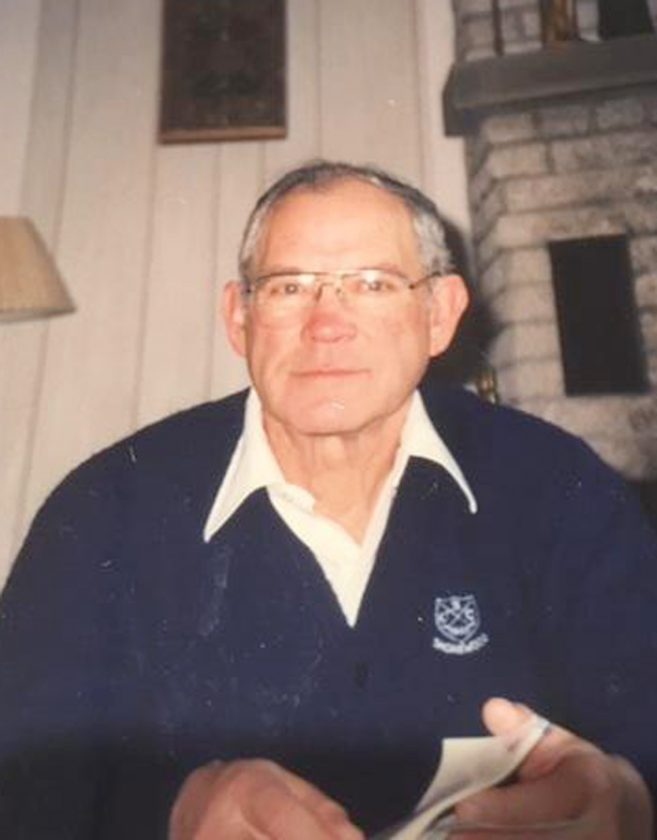 Bill is survived by three children, six grandchildren, and one great grandchild: son Fred and his wife Annie of Copley, OH and children Julie and Ian; daughter Sarah of Reno NV and children Kirssa and Stephan and great grandson Ben; son Kurt and wife Lisa of Dunkirk, NY and children Lucy and Thomas.

He was preceded in death by his wife of 66 years, Evelyn; his first son Kenneth Warmbrodt “KW” who passed away 20 years ago; and his son-in-law, Bill Cline who passed away last year.

Bill served in WWII and rode the Queen Mary to England. He parachuted out of a glider on December 23, 1944 into France and fought in the Ardennes and Germany until the war ended. He stayed in Germany for 14 months during occupation and visited relatives in Switzerland.

He was a member of the First United Presbyterian Church of Dunkirk and was active in numerous other organizations, including Peace and Justice, the Dunkirk HS Booster Club which he helped form, the Lions Club, the West Town of Dunkirk Volunteer Fire Department and others. Bill and his late wife Evelyn contributed generously to regional, national and international groups and charities.

Bill graduated from the University of Buffalo and received his master’s degree from Fredonia State. He taught science and math in Dunkirk Public Schools before retiring in 1979.

A very handy man, Bill built his own house on the shores of Lake Erie. He also built a camper for trips across the country with his young family, instilling a love of nature and traveling in all of his children.

After retiring he enjoyed more golf, bowling, hunting, playing bridge, going to the Cockeyed Club’s weekly luncheons and devoting time and energy to friends and family.

A very gentle man, Bill always saw the good in people and generously offered his time to serve others. He made a difference.

Bill was an avid reader and the family requests that in lieu of flowers or gifts, contributions be made to the Dunkirk Free Library. There will be a celebration of Bill’s life in August. Arrangements are by the McGraw-Kowal Funeral Home.