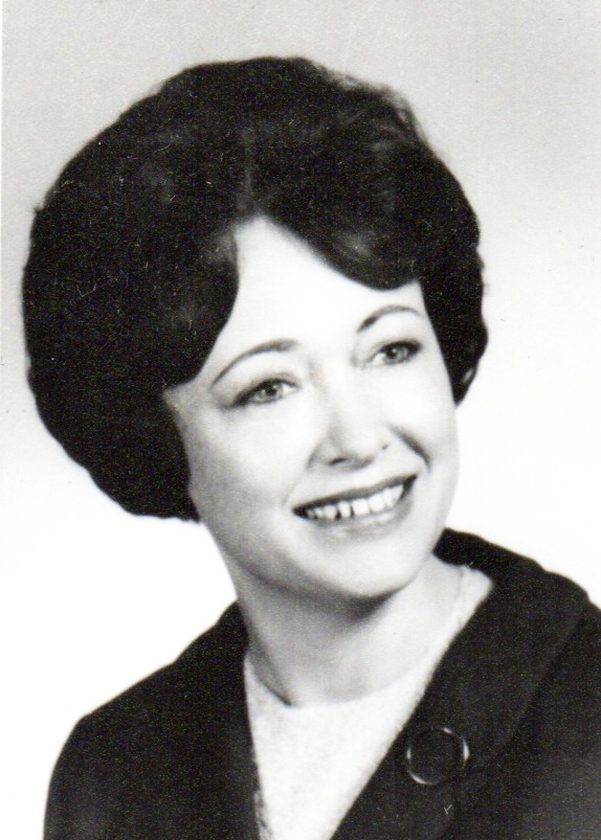 Clara Elizabeth (Flagg, Thompson, Wilcox) Richardson of Cassadaga, NY passed away Thursday evening (January 16, 2020) at the age of 88 in her home.

She was born December 16, 1931 in New Albion, NY, the daughter of the late Merle George Flagg and Ariel Elizabeth Pollard Flagg.

She was a resident of Cassadaga/Stockton for 70 years and Little Valley, NY for her first 18 years. She owned and operated Clara’s Hair Flair and later expanded her business to The New You at 17 North Main Street, Cassadaga, NY. She retired in 1994.

She was a very giving woman who often shared her beliefs as one of Jehovah’s Witnesses. She touched many people’s lives and, though she will be profoundly missed, she will always be loved and never forgotten.

She was preceded in death by her parents; her husbands: Jay Thompson, Gordon Wilcox and Harold Richardson; a brother, Richard (Fran) Flagg; a daughter-in-law, Patsy Wilcox; and a great-grandson, Bearach Wilcox.

Our family expresses deep gratitude to the wonderful doctors and nurses who participated in caring for Mother. Also, Hospice, specifically Kari Peterson and Shannon Cole. Memorial services will be held on Saturday, February 1, 2020 at 2:00 PM at the Kingdom Hall of Jehovah’s Witnesses, 181 Martin Road, Jamestown, NY 14701.

There will be no visitation, at Mother’s request. Donations in memory of Clara may be made to Jehovah’s Witnesses at www.jw.org, (official website) or Hospice of Chautauqua County. Send a condolence by visiting www.hubertfuneral home.com