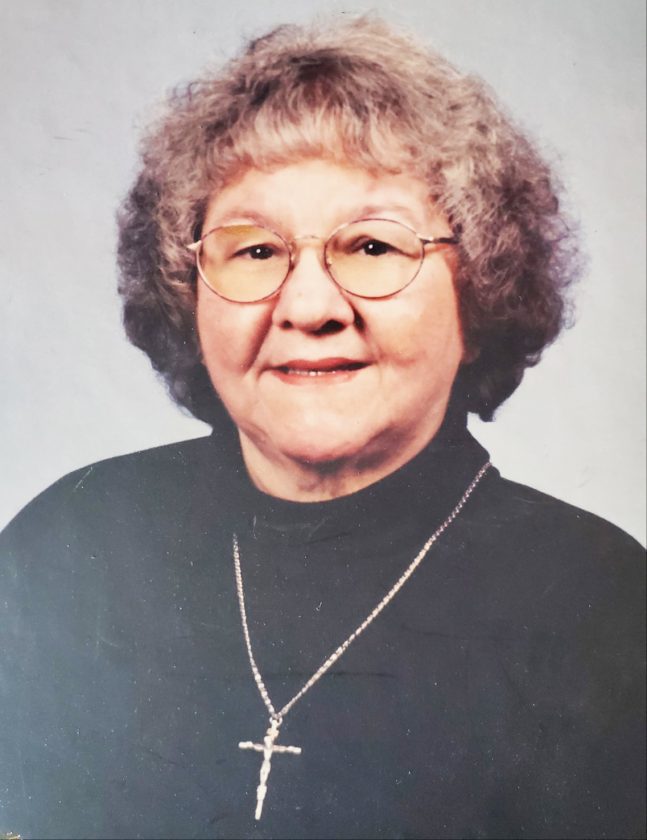 A 1952 Silver Creek Central School graduate, she flourished in school musicals and chorus.“Marie” was adored by many through her faith, kindness, and caring for anyone she met. She took great pride and joy in teaching Sunday School and Catechism classes at Our Lady of Mount Carmel Church where she has been a lifelong member.

Besides raising three children as a single mom, she also worked at Twin Fair department store until it closed. Marie then got her insurance agent license and worked for The Record Agency in Silver Creek, New York, until retirement.

Volunteering in her Silver Creek community, especially on the board and committees of Silver Creek’s Annual Grape Festival was her passion. A highlight of her life was to be honored as Grand Marshall of the 2008 Grape Festival Parade.

Great Grandmother to Ella Marie and Everett Machovec, Harper Rose John, Lucy Elizabeth and Erik Scharnhorst, and our latest addition, Briar Marie Richir whose middle name, along with Ella’s, is in honor of her Great Grandmother.

Besides her parents, she was preceded in death by, brother Anthony “Butch” Panzarella and her loving companion Norman Hoffman.

The family wants to extend great appreciation and gratitude to the dedicated staff at Father Baker Manor who physically and spiritually cared for our dear Mother.

Due to the restrictions of Covid-19, a memorial will be planned at a future time. Arrangements by Addison Funeral Home in Angola, New York.