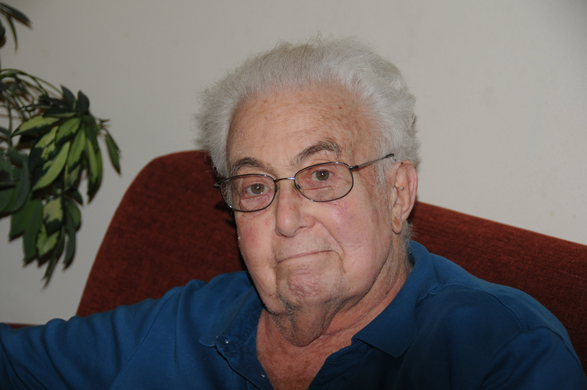 Marvin Kohl, Ph.D. passed away of natural causes on July 8, 2020, in Cambridge, Mass. Dr. Kohl was an Emeritus Professor of Philosophy at the State University of New York (SUNY) at Fredonia for over 30 years.

He was a beloved professor and authored several books, including “The Morality of Killing” and “Beneficent Euthanasia,” published an extensive list of articles on wisdom, medical ethics, the meaning of life, happiness and much more. He held a special regard for his work with the Bertrand Russell Society, having served as President.

Dr. Kohl was born in 1932 on the Lower East Side of Manhattan, during the depression. A child of poverty, he found solace at the local pubic library. He joined Jewish progressive Zionist youth movements, dedicated to creating social justice, peace and co-existence in Israel and North America. He was the first in his family to attend college, City College of New York. He met his beloved wife in 1953 at a farewell party when drafted to the Korean War, where he worked as an analyst in the Pentagon. He earned his doctorate in Philosophy from New York University, joining the faculty at Fredonia State University in 1965.

The dedication and enthusiasm Dr. Kohl had for philosophy, teaching and writing were matched by his many diverse interests–wood working, antiquing, fishing, Chinese cooking and gardening. His primary residence in Fredonia still boasts a unique succulent and cactus garden he planted in a tree stump by the curb on Temple Street. A yellow STOP sign adorned the front porch welcoming people to “stop by.” After spending a year on a Fulbright in Hong Kong, Marvin retired from SUNY Fredonia and moved back to NYC in 1996, where he and Phylia lived in the Chelsea neighborhood of Manhattan. He was a visiting scholar at CUNY Graduate Center and an adjunct professor at the New School. Marvin mostly enjoyed time with his family as his six grandchildren were born starting in 2000.

He is survived by his wife, Phylia; his daughter, Maura, her husband, Tom Gould, and their children Adam and Aviva; his daughter, Rhiana, her husband, Alfredo Bartolozzi and their children Jesse and Isabella; his son Richard and his children, Danielle and Tessa. He was previously deceased by his son, Matthew and his parents, Mollie and Jesse Kohl.

In 2019, he moved to Cambridge to an assisted living facility near his daughters. He contracted COVID-19 this April and though he survived the virus, he never quite recovered. His creativity, curiosity, interest in the world, and compassion for others will always be remembered. He was always eager to try new things, eating in new restaurants, exploring new places, and making new friends. Most of all, Marvin was a kind, deeply tolerant man, open and accepting, no matter a person’s background or beliefs. A recent recollection described him as a living example that it was OK to be different and to follow your own inspiration. And that he did. He was a man of principle, ethics, humor and humanity.

Donations in his memory are welcome at the Bertrand Russell Society (https://bertrandrussell society.org/donate) or American Civil Liberties Union (www. ACLU.org).