This is a great time for grousing about the weather. During the winter we expect bad things, and though we complain, there is the sense of inevitability as we resign ourselves to the usual torment. But now spring has already performed its vanishing act and we are aching for the kind of deep green reverie that summer promises. What we have received, however, is a bad case of waterlogging, and the armies of dark clouds disseminating from the northern extremities of the Great Lakes have besieged us now for weeks.

It is not uncommon for folks to take the weather personally. After all, when things don’t go as planned, or when we do not receive what we expect, there has to be something or someone to blame. Some sufferers go so far as to blame the weathermen (or women). It is very likely some of them are sadistic and revel in knowing they misguided you. They snicker over a cocktail in some posh restaurant that evening, knowing that they helped rained on your parade or your picnic, or destroyed your kite, or blew your tent into the next town! Damn Don Paul!

Many of us suffer from the counting-of-the-days syndrome: it is the middle of June, which means realistically speaking, we have only 4.65 months left before the first snowfall. The summer holidays have already rolling forward like a locomotive gaining speed, and before you know it, Labor Day is here, reminding us that the party is really over. Time to put away shorts and tank tops and sandals. Time to worry about being ready for winter, to get the blower dusted off and the shovels ready to go.

Meanwhile, the grass is growing like crazy despite the lack of sunshine. We have to mow every three days, it seems. And we’re behind on the garden planting and the tree trimming and weed whacking. Nothing has been hung on the line to dry, and everything is behind schedule.

Certainly parents whose children play baseball are righteously outraged. First, they have to wait until the last minute to find out if a game has been canceled, and if it is not canceled, it’s still a crap shoot as to whether or not the game will finish. Worse, they find themselves pulling winter clothes out of closets and then shivering on cold, hard bleacher seats wishing the game would end soon while one kid after another after another makes an error to extend the game. No wonder none of our kids make it to the pros-they don’t get enough playing time!

Some take a very different negative view of the weather around here. They see it as a sign — as a kind of punishment, or a state of purgatory. For some, it is personally retributive: I have sinned, and therefore God hath punish-shed me. I will atone, and then the weather will improve. For some holy rollers, who are even more whacky, it is an act of God to punish all sinners. For very stupid people, it proves that climate change really is a big government liberal plot to take away our big trucks and ATVs.

Here’s a raw analogy: our relationship with the weather is like a dysfunctional marriage. It is always threatening something, which amounts to mental abuse. And it takes pleasure in acting out violently and destructively against the passive one. It leads to a state of sado-masochism — a codependency wherein one likes to hurt, and the other accepts being hurt as his/her duty. We, the passive ones, are quite forgiving; we are thankfully relieved and when the rain finally lets up, the sun shines, and flowers emerge, ignoring the fact that this is merely the eye of the storm and soon their timid little heads will be lopped off again.

Ugh. That was pretty bad. So I conclude on a more serious note, one of which many of you are very aware: People in the South and Southwest are more dependent on air-conditioning than we are on heat. They are stuck indoors far more than we are throughout the year, and they get far less fresh air. People on the west coast get extreme drought and fires, then flooding, and there is always the threat of earthquakes. People in Colorado suffer fires too, and the cities are growing so rapidly that there is not enough water to support the population. And in all the major cities across America, there are huge infrastructure concerns, especially with regard to transportation systems.

We are wet here, yes. And we are gray much of the time. But we have world-class beautiful flowers, forests, hills, vineyards, orchards and waterways. I would even venture to say that we have pretty good people here as well.

In the end, weather is a whether thing. 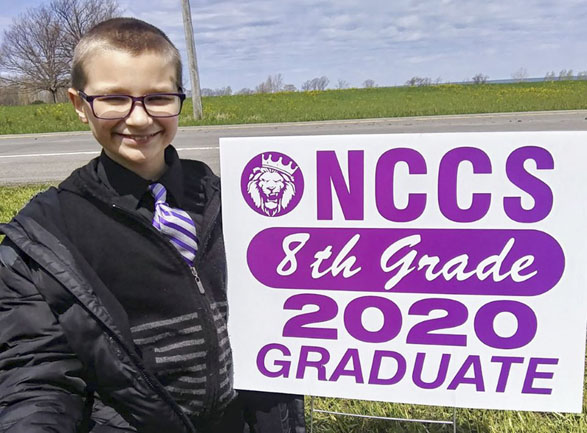